Fourteen civil society organizations from Bosnia and Herzegovina engaged in monitoring government spending teamed up under the Network called Dvogled [Bonoculars], through which they will strive to improve anti-corruption efforts. 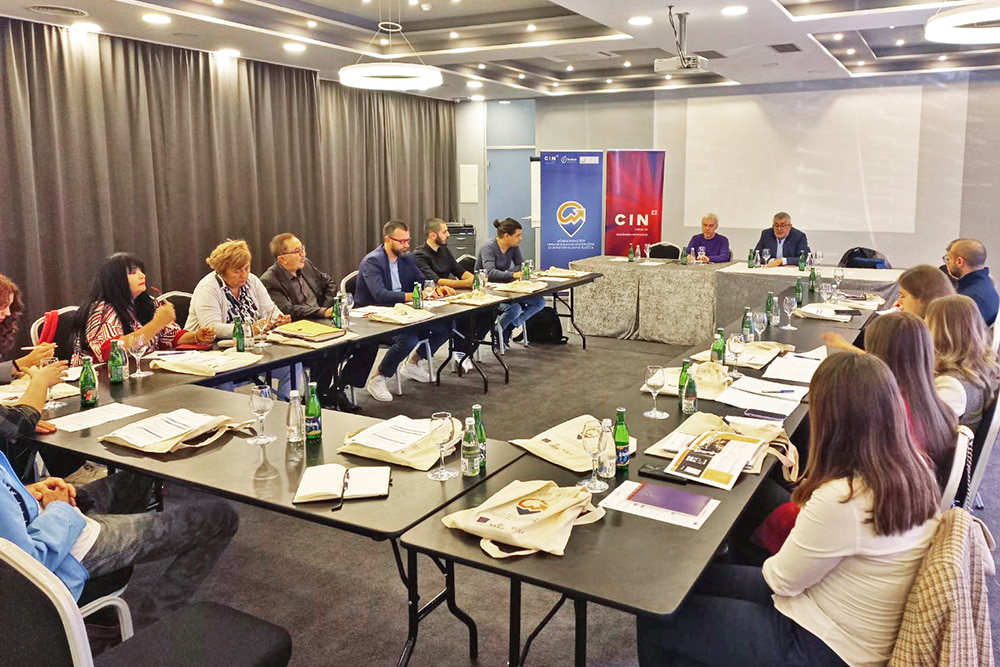 A conference titled „The Present And The Future Of CSO Networking In The Fight Against Corruption and Advocating For Budget Transparency“ took place in Mostar, bringing together representatives of civil society organizations (CSOs) for an exchange of experience in the monitoring of government spending and anti-corruption efforts.

In the conference held on October 8 and 9, 2022 under the auspice of the Center for Investigative Reporting (CIN), Association Future from Mostar, and the Center for research and studies GEA from Banja Luka, representatives of the NGO sector from different parts of Bosnia and Herzegovina presented their current work on combating corruption and offered specific measures to suppress this phenomenon.

Working together in the newly formed network „Dvogled“, the civil sector across the country will try to improve the control over the spending of public money in different spheres of life: environmental protection, labor rights, right to the freedom of assembly, right to access to information of public importance.

According to CSO representatives, the environmental permitting process is one of the major sources of corruption in the area of environmental protection. Examples of investors bribing local authorities are very common. A high level of corruption is evident in public sector recruitment, which often takes place outside of the competition procedures.

The network aims to pursue an organized fight against the abuse of public funds, and the idea is to have as many CSOs as possible join the network.

Networking and joint work of the CSOs in BiH are funded by the European Union, USAID, and the Balkan Trust for Democracy (BTD) as part of the project “Strengthening the capacity of Civil Society Organizations for Public Budget Monitoring“.