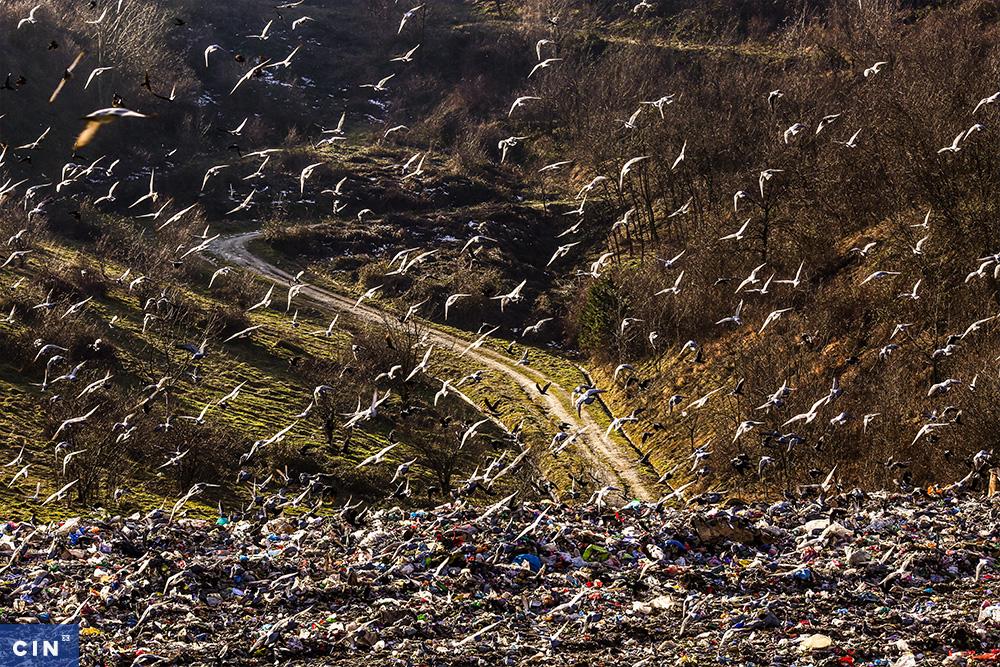 The Federation of Bosnia and Herzegovina (FBiH) Ministry of the Environment and Tourism has issued an environmental permit to the Cantonal Public Utility Company “RAD” for a landfill in Sarajevo, after nearly two years of delays.

Earlier, Sava River Basin Agency approved a water treatment license for the Regional Center for Waste Management “Smiljevići” and thus the landfill met a requirement so that the Ministry could approve the landfill operation.

However, the Agency officials told the Center for Investigative Reporting in Sarajevo (CIN) that “Smiljevići” has still not met the requirements and that they issued the permit because the Decision on Conditions of Release of Water Treatment and the System of Public Sewerage was amended.

The amendments make it possible to issue a five-year water permit even when the companies have not met all the conditions, but with a requirement to develop and implement a plan to overhaul the water treatment facility. In case the Company RAD fails to implement these activities, both permits might be revoked.

Sava River Basin Agency’s decision was a precondition for the FBiH Ministry of Environment and Tourism to issue the environmental permit for a period of five years at the end of this March.

“We did receive an environmental permit, but there are many activities that we need to conduct in order for everything to function,” said RAD’s General Manager, Vera Arnautović. “Both for water and environmental permits we received deadlines which we need to honour so that the license given to us by the Agency and Federal Environmental Fund are not revoked.”

She told CIN that RAD has not had enough professionals to prepare the required plan of activities. In mid-2019, the new management commissioned consultants from the School of Construction Sciences in Sarajevo to create such a document for the first time.

These activities are going to be overseen by the Federation of BiH Water Inspectorate and if RAD fails to meet its deadline, it might be also fined.

Two years ago, CIN reporters uncovered how equipment worth millions of KM at the Sarajevo landfill broke down because of negligence and lack of cooperation among city departments. For this reason, RAD’s environmental permit to operate the landfill was not extended.

The water treatment facility has not been operational for nine years, and landfill run-off waters are flowing untreated into Lepenica Creek and the River Bosna. The water treatment system cost nearly 2 million KM, but it broke after three months because various types of waste were unloaded at the landfill.

For the past seven years, a gas filtration system has also not been operational. It was broken during an exhumation for war crime victims ordered by the State Prosecutor’s Office. During the exhumation, conducted without consultation with the Institute for the Construction of Canton Sarajevo, equipment worth more than one million KM was destroyed.

Municipal officials say that water from the landfill is toxic and causes environmental damage, while residents say that they have been falling ill en masse over the past years.

“There are mysterious deaths of some people and no one can establish what caused them,” said resident Dževad Muharemović. “No one has the right or the basis to say that it was caused by the landfill. But, the fact of the matter is that people are getting sick and dying.”

Experts say that the basic maintenance costs for this Sarajevo landfill amount to around 2 million KM annually.