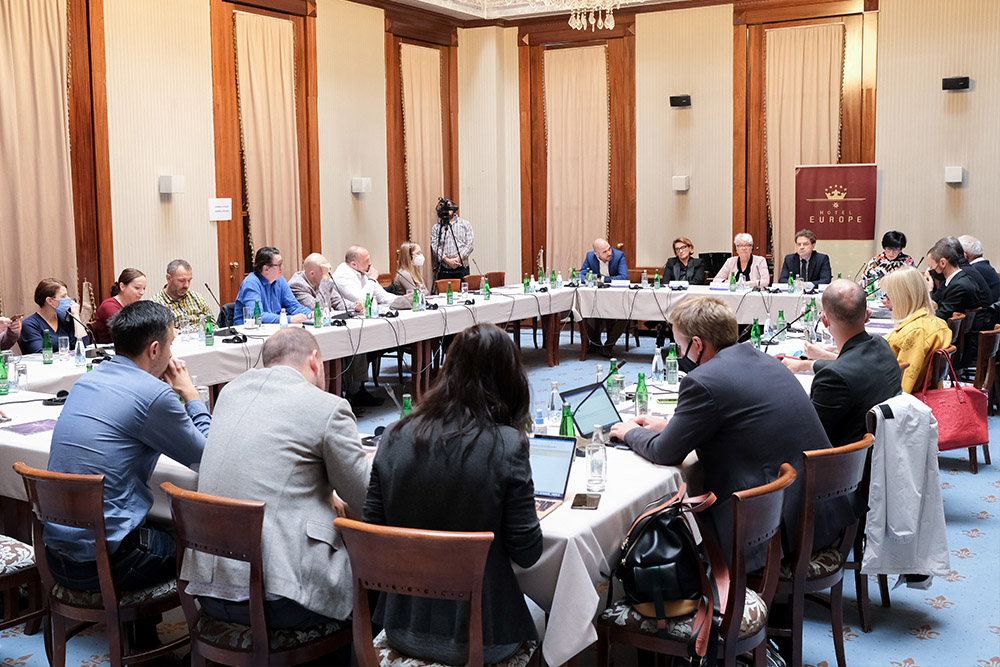 Journalists and media editors in Bosnia and Herzegovina (BiH) face numerous pressures in their work that undermine independent and professional journalism. Due to insufficiently defined or partial interpretation of the law, the right to deny and requests removal of published texts restrict freedom of expression and serve as a means of imposing censorship.

These were the main messages of the round table discussion titled “New Trends or a Way to Suppress Independent Journalism?”, which was held today in Sarajevo under the auspice of the Center for Investigative Journalism (CIN) and the Balkan Investigative Reporting Network in BiH (BIRNBiH).

The discussion was attended by journalists and media editors in BiH, journalism professors, legal experts and representatives of international organizations and embassies. Discussion was lef by panelists Dr. Ademović Nedim, lawyer and expert in constitutional law and Dr. Turčilo Lejla, professor at the Faculty of Political Sciences in Sarajevo, who referred to the expert analyses “Démenti as a right to correct published information, not a form of polemic with the media that published the information” and “Request to remove texts on criminal acts after the perpetrators had convictions deleted from the criminal record: Post-festum censorship and rewriting history.”

Turčilo pointed out that the media are obliged to publish a denial to correct untrue facts and contribute to the accuracy and impartiality of the information. The decision on publishing a denial is made by the editorial board, while the person who sent the denial has the right to address the court if it has not been published. Professional and responsible media will not refuse to publish the denial if it is indeed done to correct the content, as the denial will better inform the public.

The right to denial is not to be used as a way to publish someone’s polemical texts that deny nothing but rather argue, insult or threaten a journalist or media because of the content they published which the denier dislikes or disapproves.  According to Turčilo, such content makes the function of denial meaningless because it often represents an attempt to censor content in the media and endangers the freedom of journalists to report “on everyone and everything”.

Ademović added that no one has the right to demand the publication of a personal views on a topic through the mechanism of denial, as this mechanism serves to correct a wrong fact, especially about the persons involved whose side of the story journalists were not able to get when they worked on the story.

Persons convicted of crime, after having their convictions deleted from the criminal record – to which they are entitled under the law – request the media to remove the published contents.  They usually feel that reports on their wrongdoings, which are easily accessed by a simple search on the Internet, harm their reputation.

The panelists and participants in the discussion agreed that such requests are unfounded and that the media have no obligation to comply with them, especially when it comes to accurate, true and verified information.

“This is why these requests for removing texts about perpetrators of crime, after the perpetrators had them deleted from the criminal record, are actually a kind of post festum censorship or pressure on the media,” said Turčilo, adding that in case of publishing untrue content, the provisions of the Defamation Protection Act shall apply.

Lawyer Ademović explained that the right to request deletion of published text is not stipulated in the law: “Deleting and eliminating the legal consequences of a criminal and legal aspect does not imply the right to delete that something has happened.”

Panelists agreed that journalism, and especially investigative journalism, which invests a lot of time in verifying the gathered information, is not part of either the investigative or trial process on a crime, but an independent activity aimed at informing the public about the topics of public interest. Therefore, a court decision to delete a person from criminal records cannot be construed as an obligation to delete media content about the crime committed.