A former general manager of the Ploče Oil Terminals, settled a case with himself before the court in Metković and collected damages of 67,000 KM. 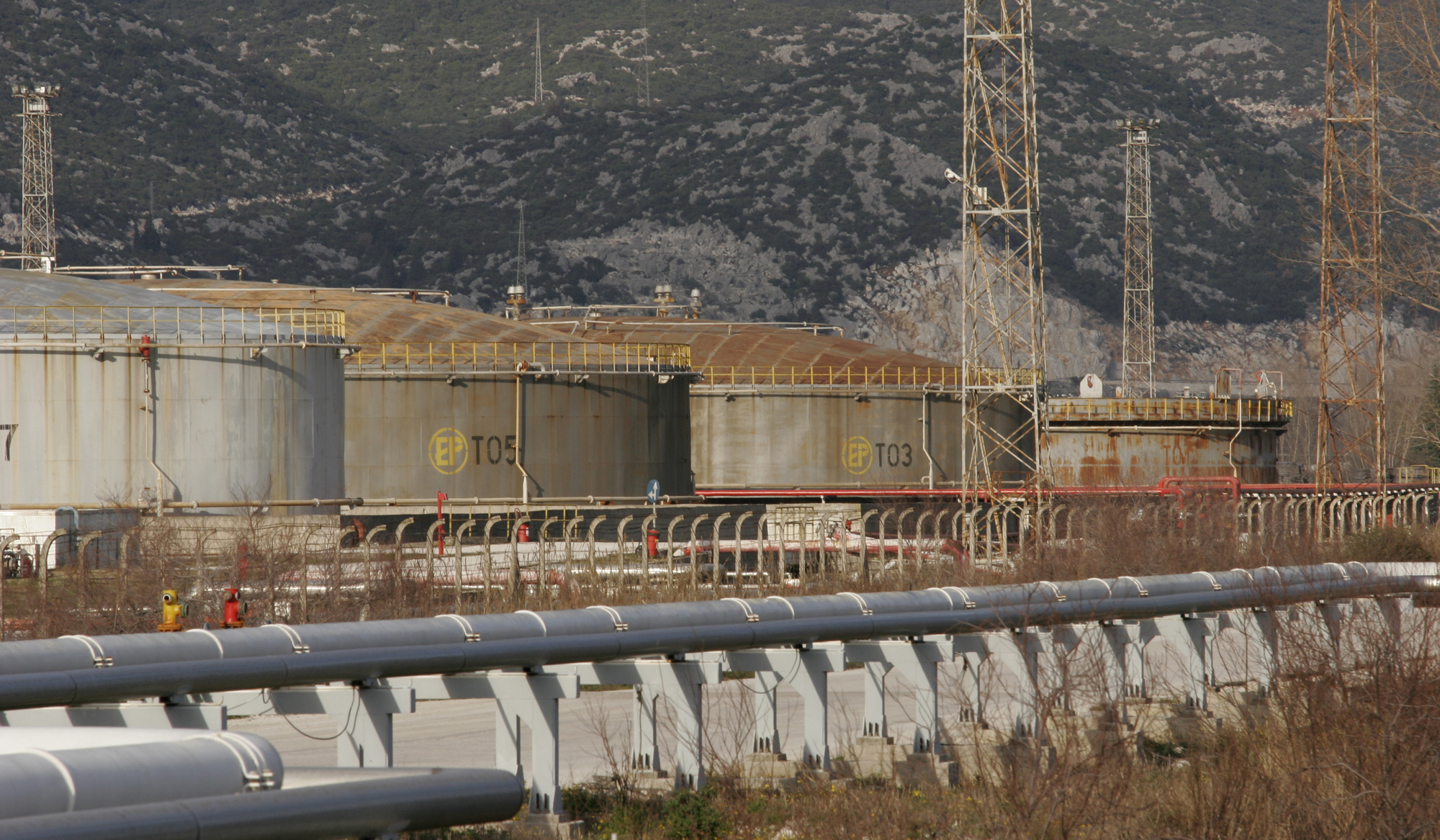 Josip Tomić, the former general manager of the Oil Terminals in the port of Ploče, Croatia, collected more than 67,000 KM from the Federation of Bosnia-Herzegovina (FBiH) company in an unusual 2008 court case where he reached a settlement with himself.

Tomić was at the helm of the Terminals for all but nearly four months between January 2006 and September 2009. He was fired in August 2007 for abuse of office by Zijad Džemić, the former director of the parent company.

Even though the FBiH Financial Police warned Prime Minister Nedžad Branković at the end of 2007 that it suspected Tomić of illegal actions, the Supervisory Board reinstalled him in December 2007, which the government approved. Moreover, on Branković’s suggestion, Tomić was appointed a member of the BH Telecom’s Supervisory Board. After Branković resigned in 2009, while under indictment for corruption, Tomić was again fired in 2009.

After he was reinstated, however, Tomić filed a personal suit for damages before the Municipal court in Metković requesting a payment of about 18,000 KM per month for the time he was out of work. Tomić was the plaintiff and the Terminals was the defendant. The case was settled when Tomić, representing the Terminals as general manager, agreed to pay himself from the company’s purse some 67,000 KM plus interest.

The director of the parent company Ibrahim Bećirbegović and the president of the Supervisory Board Dževad Paradžik, frustrated they could get no official reaction to their alarms about trouble with the company, described the court case as a legal joke. In a memo from last September about the state of affairs in the Terminals, they said Tomić had no right to compensation and his actions cost the company 82,500 KM.

Džemić explained that one reason for sacking Tomić in 2007 was an enormous increase in salary which was contrary to the company’s labor contract. The FBiH Financial Police estimated that the former director of the Terminals paid himself 180,000 KM in the first 20 months of his mandate without the Supervisory Board knowing about it. The police said there was no ground for increasing his salary.

According to a report done by the FBiH Financial Police, he promoted five employees in the role of assistants to the director and increased their salaries to about 3,800 KM per month. The labor contract states the Terminals director can be paid three times the average salaries of employees with a university education. Tomić used this to up his pay to 10,500 KM per month. He also was getting around 650 KM in living expenses and 1,200 KM monthly to pay rent. He also received management bonuses and an annual insurance program worth around 4,800 KM.

Butković & Partners, an independent auditing house based in Zagreb, stated in its audit covering 2007 that there were significant differences between Tomić’s salary on the books and the amount he actually received. As they could not establish from the financial information at their disposal why this was so, the auditors recommended that the budget should be separately checked in order to determine how much he was really receiving from the company.

A reporter from the Center for Investigative Reporting in Sarajevo (CIN) asked the Terminals to provide records of Tomić’s salary. However, CIN was told by the Terminals that Tomić removed many financial documents from the company following his latest removal. The auditors could not determine how much he made.

Despite allegations that under his stewardship the Terminals lost millions and drove the company to near bankruptcy, Tomić earned more than any other manager of a state company in FBiH if the financial police estimates are accurate.

The increase of his own salary as well as the request for damages against the Terminals were just a few of Tomić’s questionable decisions according to current management. He has been singled out by the current management as the person to be held accountable for serious financial problems at the Ploče terminals.

The FBiH Financial police filed a criminal complaint in July 2008 against Tomić, his predecessor Drago Burđelez and five others, including Branković, and Vahid Hećo, FBiH Minister of Energy, Mining and Industry. The other three were former Supervisory Board members and a director of a parent company. Tomić and Burđelez were charged with fraud in office based on a contract signed with Deltagrip Limited, a London-based company. The government leaders did nothing to protect the Terminals from the damaging decisions of its management.

Tomić was also charged by the State Prosecutor’s Office in Metković in December 2008 with signing a money-losing contract for the procurement of equipment at overblown prices.

The Terminals has not managed to recover from the consequences of the contracts that its former directors signed. The newly appointed director of the Terminals Nikola Štula said that the company was facing debt liens due to its commitments.

At the end of 2009 the new board of the Terminals analyzed the business deal with Deltagrip, which had been given much cheaper rates that other clients for renting oil storage tanks. They determined that the Terminals lost more than 3 million KM through unnecessary price reductions and through the payment of penalties for delays in the reconstruction of storage tanks. Also, Deltagrip demanded 9.3 million KM in compensation for damages it said it suffered when the storage tanks were not repaired.

In a CIN interview Tomić defended his record and said that the Terminals’ annual financial statements between 2006 and 2008 show that the company was constantly in the black.

However, the FBiH Financial Police found that the firm’s figures were not accurately represented in its 2006 financial statements and that instead of profit, the Terminals had a loss of 1.6 million KM.

Also, CIN journalists obtained documentation that shows the Terminals recorded deceitful gains in its 2008 financial statements, according to the current management.

For example, on the last day of 2008, Petrol-Trade, a company which holds its oil in Ploče, received an invoice for a larger amount that was specified by its contract.

According to the contract concluded Dec. 1, 2007, between the two companies, Petrol-Trade rented 10,000 square meters of warehouses from the Terminals, for which it was to pay 6.85 KM per square meter for storage and 2.35 KM per ton for offloading fuel.

Due to an increase in the cost of doing business, the contract was amended on Jan. 1, 2009. From that date on, Petrol Trade was supposed to pay 9.58 KM per square meter for storage and 3.52 KM per a ton of offloaded fuel.

However, Tomić calculated the new price retroactively for the period between March and December 2008. Petrol-Trade received an invoice for 315,543 KM more than the price on the contract. Petrol-Trade did not pay the higher price.

Štula said that based on Tomić’s orders, the figures from the incorrect invoice were entered into the company’s financial statement, not the real ones.

Had the real figures been tabulated into the financial statement, the Terminals would have suffered losses of nearly 300,000 KM in 2008.

‘It was basically a misuse of office through the misrepresentation of financial figures’ said Štula.

Tomić said that he wanted to make the client retroactively pay the increase of prices.

‘If something has been entered into, that is, if an invoice has left and our contractual client has not accepted that deadline for the implementation of new prices from such a date, than this needs to be rebalanced’ said Tomić adding that the financial statements were approved by the Board of Directors, Supervisory Board and an Assembly.

He denied all allegations and claimed to be working the whole time in the interest of the FBiH government.

Soon after Branković resigned as prime minister in May 2009, Tomić lost the support of the FBiH government. He was dismissed as manager in September, and in mid-May of this year he was also removed from the BH Telecom’s Supervisory Board.