Trying to get an easy payment plan stalls road construction in Konjic. 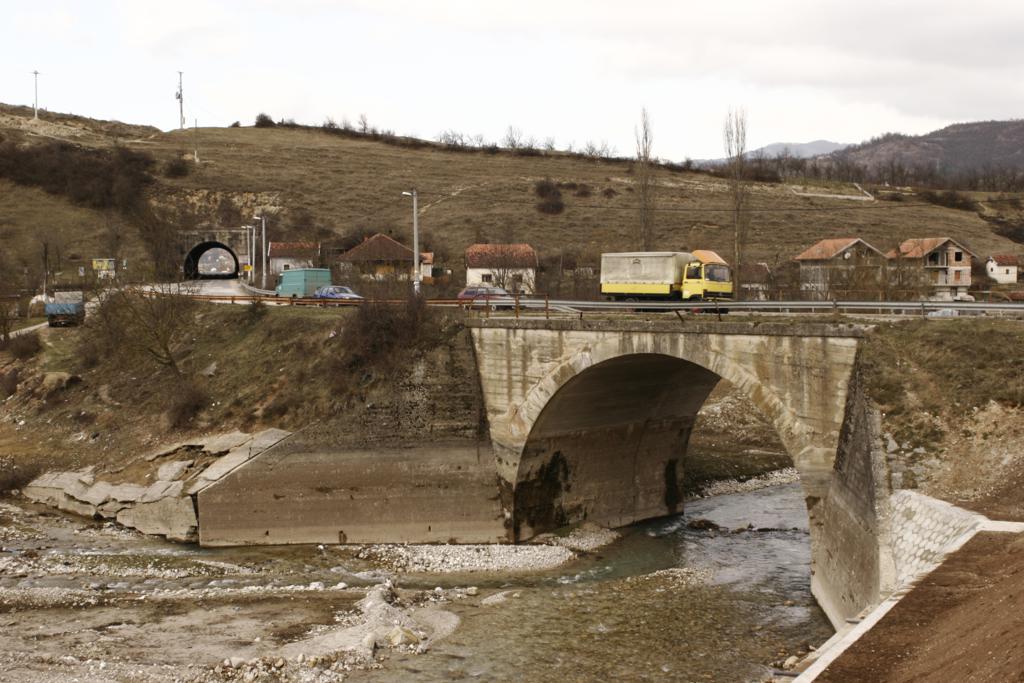 A misguided bureaucratic attempt to win a 30-day break in paying the construction bill has stalled construction of a road in Konjic for months.

In early July of last year, the municipality, located about an hour from Sarajevo, put out a bid worth 4.5 million KM for an access road leading to a planned new bridge connecting Lisičići and Čelebići. Because the work exceeded 2 million KM Bosnian and Herzegovina’s Law on Public Procurement required an international call for bids. So it went out in local languages and in English on the Official Gazette.

Five proposals came in and they were opened in mid-August.

It took the municipality more than a month to evaluate those proposals and to name a winner. Three companies were eliminated because they failed to meet certain required criteria. Hidrogradnja, for example, didn’t provide a document proving that it pays health and pension benefits for its workers.

On Sept. 20 a municipality commission scored the two acceptable bids, from AGI and Preduzeće za puteve. The Mostar firm was proclaimed the winner.

But that didn’t settle the matter.

AGI complained to the municipality and when it got nowhere, Mostar lawyer Sanel Nezirić then took the firm’s case to the BiH Procurement Review Board, which handles complaints from bidders who think procedures have been violated or ignored. He said scoring of the bids on one required criteria had been faulty.

But the municipality gave 10 points to Preduzeće za puteve for its pledge of a payment deadline just 30 days later than what AGI offered. AGI got only 1 point, few enough to cost it the award.

In an interview with Center for Investigative Reporting in Sarajevo (CIN), the head of the Konjic Urban Department said this was not a controversial point. ‘When someone hires a lawyer’ scoffed Esad Omerović, ‘a lawyer will clutch at straws.’

It was a strong straw, the board decided.

It agreed with Nezirić that scoring of the bid was faulty and directed the municipality to rescore the tenders, in effect giving AGI a second chance.

The municipality didn’t do this immediately. Instead, said Fadil Tatar, head of the tender commission, officials asked the Federal Ministry of Finances what it thought. The ministry demurred on giving an opinion. The commission then turned to financial experts with the business magazine ZIPS.

Tatar said that the municipality liked the flexibility of being able to put off a final payment until the next fiscal year. But, as CIN reporters found out, none of it mattered in this case. It was FBiH state-owned power utility Elektroprivreda, not the municipality, that was footing the bill.

‘Elektroprivreda is overseeing everything…it is paying for the work and every step of the way we have to consult with them’ said Tatar.

Finally, in early December, the municipality commission rescored the two bids. It took one point away from Preduzeće za puteve and left AGI’s score untouched, meaning the award also stood. The commissioners did not explain their reasoning for this.

Instead of filing another complaint with the municipality which was obliged to respond within wait five days, Nezirić decided to complain to the board and the municipal commission on the same date. This procedural violation led to the boards turning down of the appeal and putting the end to the case. The lawyer and the company he’s representing are left with the last redress – launching a court case.

Meanwhile, the municipality officials have decided that the time has come to get on the work.

‘In the consultations with the Public Procurement Agency we were assured that the court usually follows the conclusions made by the Procurement Review Body’ said Tatar. ‘Thus, we had signed a contract…and took on any risk.’