Accountability And Sanctions Are Key In The Fight Against Hate Speech

Hate speech is difficult to recognize, although it is increasingly present in public space, so the fight against it requires a systemic response from society and sanctions from the relevant institutions against the perpetrator. 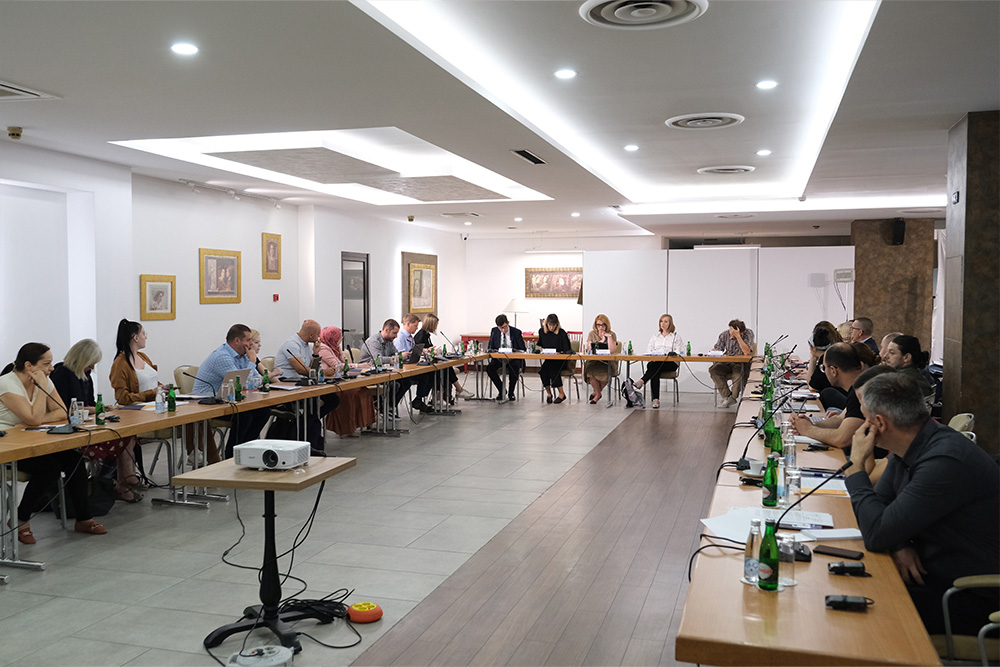 Many citizens in Bosnia and Herzegovina, especially young people, are unable to recognize and react to hate speech. Therefore, to counter this phenomenon, greater engagement and responsibility of educational institutions, the judiciary, regulatory agencies, and the media are needed. That was the conclusion of the roundtable discussion titled “Mechanisms for Protection Against Hate Speech in Bosnia and Herzegovina” organized under the auspice of the Center for Investigative Reporting (CIN) in Sarajevo.

The panel discussion was attended by hate speech victims, professors, lawyers, representatives of the media, and international organizations. Participants spoke about the abuse of public space for various forms of hate speech targeted at individuals and groups, the prevention of hate speech, and the need to educate society on this topic.

CIN journalist Jasna Fetahović presented the results of monitoring and analysis of hate speech on the Internet and in the media from October 2020 to March 2022. CIN conducts this monitoring together with the WB media organizations with the aim to identify and classify hate speech cases. For all recorded cases, it is determined who they come from, against whom and on what basis they are directed, where they appear, and in what format they are published. The monitoring included verbal and written statements of public figures, journalistic articles, as well, comments and posts on social networks, as well as photographs that may contain offensive messages.

CIN executive Leila Bičakić said that women, LGBTI persons, and members of ethnic groups are the most exposed to hate speech in BiH and the region, while the main sources of the hate speech are politicians: “Politicians are the first generator of hate speech, which then spreads dispersively through social networks.”

The monitoring results show that certain forms of hate speech are perpetuated in the public space of BiH, following closely socio-political events. Presenting the monitoring report, independent consultant and researcher Lejla Gačanica added that there is no adequate response to hate speech that would contribute to its elimination. She explained that hate speech is most often noted in news portals, social networks, and among influencers.

One of the panelists was psychologist Srđan Puhalo, who is a frequent target of hate speech in public. According to him, hate speech is telling of the situation in society, and a person exposed to this phenomenon should be provided with psychological support.

“If we leave [such person] on his/her own, I am afraid we would lightly lose good people and good journalists who dare to say something that others do not like. It would send a message to others as to what would happen to them if they say, think or behave differently from what someone has set and prescribed”, said Puhalo.

According to Davor Trlin, LLD and expert advisor at the FBiH Judicial Training Center the institutional and systemic protection could be better: “There are only two decisions establishing the liability of the perpetrators, and both were based on a plea bargain with the Prosecutor’s Office of BiH.  If we had more verdicts finding perpetrators guilty, people would behave differently.”

This event was organized as part of the Reporting Diversity Network 2.0. project funded by the European Union and The Balkan Trust for Democracy, the German Marshall Fund, and with the support of the Embassy of the Kingdom of Norway in Belgrade.