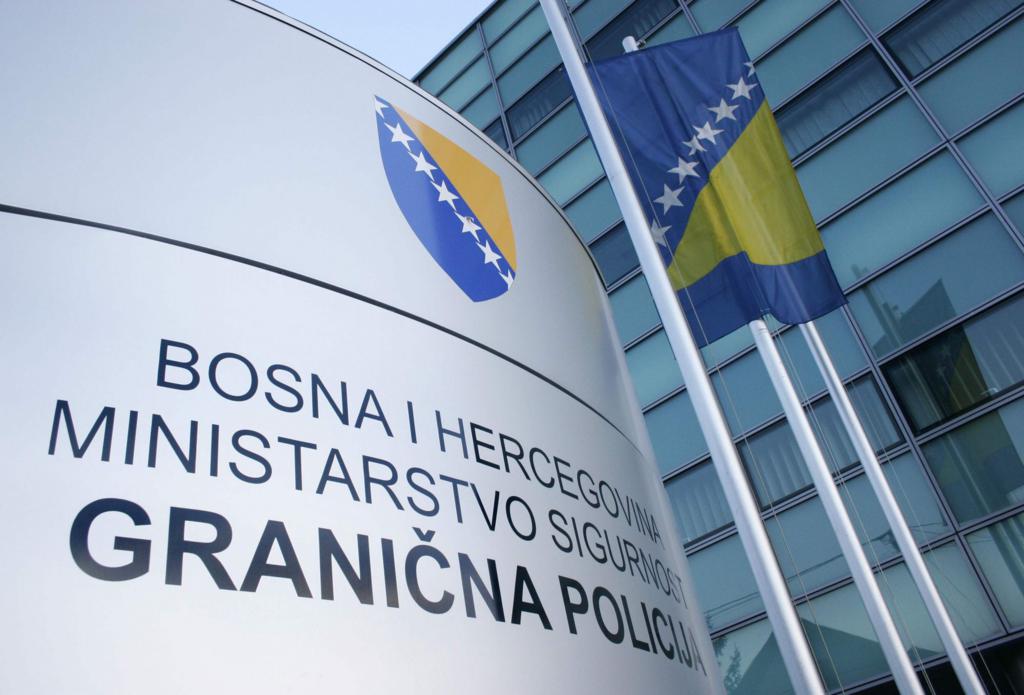 Vinko Dumančić, director of the Border Police of Bosnia and Herzegovina (BiH), made himself clear – either he would get the man he wanted or he’d have no new advisor at all, regardless of regulations or the law.

The case of the absent advisor is an example of how promotions for public jobs continue to be biased, despite rules and procedures set up to ensure a fair process and the placement of the best and most qualified for public work.

Advisor to the director is a plum job that carries an approximately 2,500 KM-a-month salary. It also carries a rank of head inspector, equal to an army general. Dumančić has three advisors who must by regulation be a Serb, a Bosniak and a Croat. In January, the Croat position became vacant.

It is still vacant.

Three men applied — Jozo Ćorluka, Svevlad Hoffmann and Josip Šako. The Commission for the Promotion of Police Officers of BiH Border Police that Dumančić set up to handle the appointment in accordance with Border Police rules recommended Hoffmann.

An unhappy Ćorluka appealed to the Police Board, which resolves complaints within the department, saying he better fit the profile for the job set out in the job posting than Hoffmann. Ćorluka argued that he had more police experience on the most complex assignments and that there was never a disciplinary action taken against him.

Ćorluka started his career in the Vareš Police Department in 1988 and worked as head commander of the police station. He also worked as chief of the crime police with the Ministry of Internal Affairs (MUP) of Zenica-Doboj Canton, and as chief of international crime with the Federation of BiH MUP. He has worked for the border police since 2000 and has served on task forces combating human trafficking, illegal migration and organized crime.

Hoffmann began police work in 1995 as a crime inspector in the former MUP of Herceg Bosna. He went on to become deputy minister of Internal Affairs of Sarajevo Canton. He joined the Border Police in 2001. He is currently writing his master’s thesis for the Sarajevo School of Law.

Dumančić said he respected both candidates and had not influenced commission members — except for pointing out that Hoffmann speaks English and has legal training, qualities he considered desirable although not required in the job description. The director said that he probably mentioned somewhere that he would like to see Hoffmann in the position and probably someone learned of his wishes. But, he added, Hoffmann was not his hand-picked candidate and he would never tell the group what to do.

Dmančić said that the departure of personnel, including Ćorluka, from the Central Investigations Office would leave the department without some of its best people, and he wanted to avoid that. He also said that the whole process was done in accordance with the law.

The Police Board, headed by Nenad Dragišić, decided that the commission had erred in ranking Hoffmann’s relevant police experience better than Ćorluka’s, and that Ćorluka should be the new advisor.

Dumančić’s response was to cancel the vacancy.

Ćorluka again complained to the Police Board, and again the board ruled in March that the director had no right to cancel the vacancy.

The chairman of the board was shocked that Dumančić resisted promoting Ćorluka. ‘That was illegitimate’ he said. The board has the final administrative say, and proper procedure would have been for Dumančić to promote Ćorluka and then, if he chose, contest the matter in a court of law.

Meanwhile, Hoffmann said he filed a lawsuit in March in the Court of BiH against the board. He claimed in the suit that the board was biased against him and vengeful because he had lodged complaints against two board members when they’d been in the internal affairs department of the Border Police. Hoffmann alleged that the two never responded to a complaint he’d filed against some senior officials of the unit.

Hoffmann confirmed that he had been the subject of a number of investigations during his career. ‘There had been many disciplinary proceedings against me, and all of them were bogus,” Hoffmann said. “Not one case has ended up in sanctions.’

In May, in another sign of the bad relations between the board and Hoffmann, the board went to the BiH Prosecutor’s Office with an anonymous tip it had received stating that Hoffmann had collected about €444 for travel expenses from organizers of a professional seminar while also collecting expenses from the Border Police.

Dumančić said he was unaware of any of the job candidates being under disciplinary proceedings, adding that the commission, not he, had screened them.

Ćorluka said he’s just tired of the whole thing, having now been to more than 10 agencies seeking relief. According to Ćorluka, it rankles him that at least five other times the director had complied with final hiring decisions by the board, yet not in his case.

Dragišić said Dumančić acted as he did because he knows he could not win a legal case. ‘…he knows 100 percent that he’ll lose, and that’s why he made the vacancy void’ he said.

But Dumančić, who suggested that journalists from the Center for Investigative Reporting in Sarajevo (CIN) could find more important topics to write about, maintains that he’s done nothing outside the law or nothing that is not reversible. If a court should eventually side with Ćorluka and against him he said he would apologize.

‘If I should be proven wrong’ he said. ‘I don’t see any problems why not to appoint the man (Ćorluka), and everything will be paid back to him.’