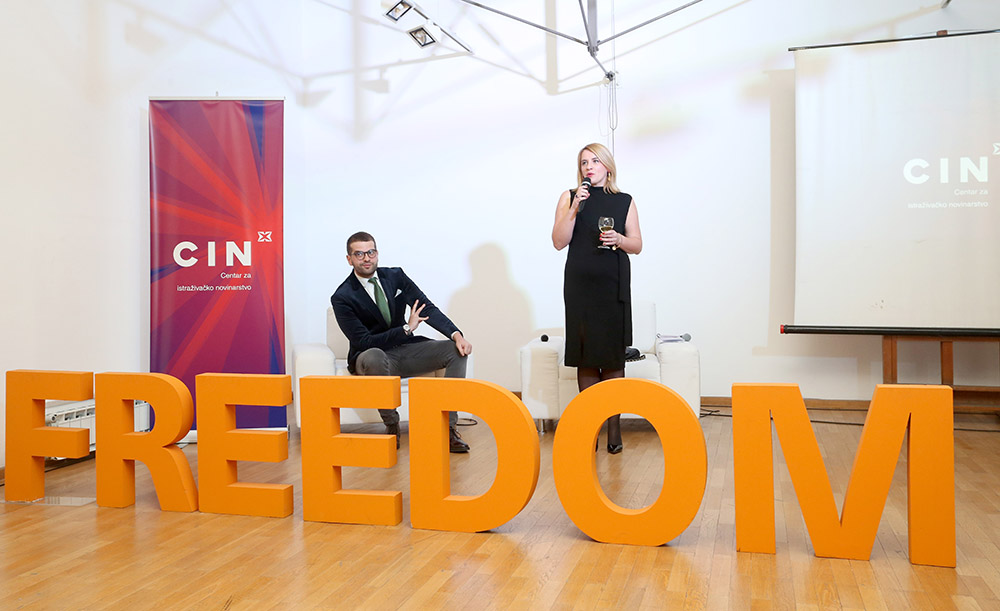 The Center for Investigative Reporting in Sarajevo (CIN) celebrated 12 years of work yesterday. The birthday presented an opportunity to launch the organization’s new visual identity and a redesigned web page.

The CIN started its work in October 2004 with a USAID grant and the technical assistance and support from the New York University School of Journalism and the Journalism Development Group.

CIN is an independent media agency whose work is widely recognized. CIN’s stories and databases are regularly published by other media or sourced by reporters and academics.

During the past 12 years, CIN has published nearly 500 investigative stories, 13 databases and several documentaries while media outlets in BiH and the region have republished CIN material over 9,000 times.

CIN’s editor-in-chief Aladin Abdagić stated that a testament to CIN’s quality is not only it ever-growing readership, but also the fact that it had received over twenty journalism awards as well as the impact of some of its investigations.

The new visual identity and the new web page are paving the way for CIN’s improved communication with the public.

“The change of visual identity does not mean that CIN’s values have changed – independent and professional reporting about corruption, unaccountable government and other systematic irregularities,” said the organization’s director Leila Bičakčić.