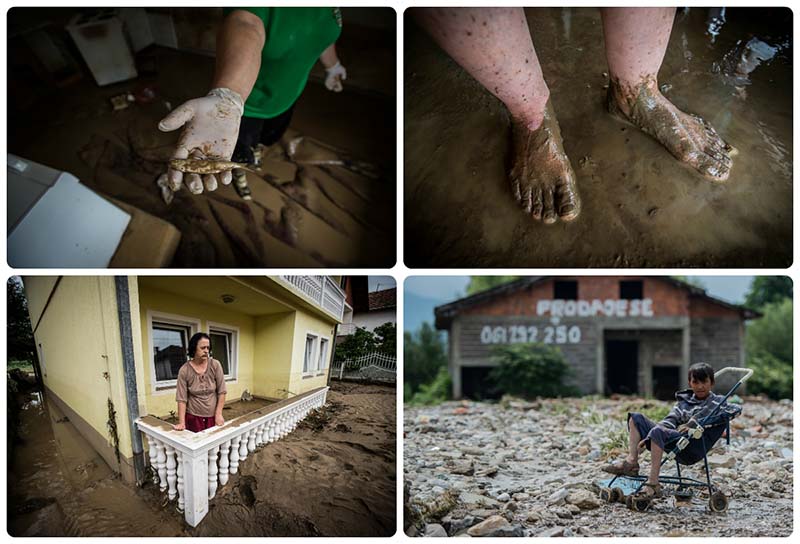 Edin Tuzlak, a photographer with the Center for Investigative Reporting in Sarajevo (CIN), received an award for his photo collection “When Water Recedes” at a photo exhibition in Split, Croatia.

The awarded photos were taken across Bosnia and Herzegovina’s flooded towns. Some of the photos CIN published in a story Water Taxes Go for Long-service Benefits.

To Split Photo Club’s 2014 competition were submitted 412 nominations from 54 authors. The submissions were examined by jury members Jelena Popić (an award-winning photographer), Božo Vukičević (a photo reporter) and Milan Blaževski (the head of Port Authority) who selected 95 photos from 37 authors for the exhibition. These year’s subject matters were Split Harbor, Photographer’s Choice of Topic and the Collection. The jury received photos without the names of authors. The jury awarded the first, the second and two third awards for Split Harbor, and the first, the second and the third award for Photographer’s Choice of Topic. It also gave two first awards, and the second and the third for the Collection. Two certificates of recognition were handed out for the Collection and two certificates of recognition for authorship.

A jury member Jelena Popić, said that among the entries were prized the Collections. “The jury decided to honor with the first price the collections of Edin Tuzlak and Mario Bašić. It is difficult to decide which one of them is “better”, since they are powerful series which cannot be judged by the same yardstick – a masterly photo reporting record of this year’s floods vs surreal world inspired by Vasko Lipovac’s work.”

The main sponsor of this year’s Club exhibition is Split Port Authority.

The photo exhibition in the gallery of Split Photo Club is open until Oct. 27, 2014.