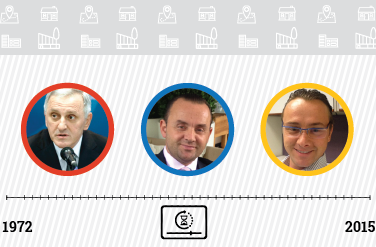 The Center for Investigative Reporting in Sarajevo (CIN) recently wrote in its story “Court Froze Houses in Bosnia, but the Arslanagićis Bought New Ones in the US” that an apartment in the village of Lovište on the Croatian peninsula of Pelješac was owned by Meliha Arslanagić, the wife of Amar Arslanagić, one of Bosnalijek’s former directors.

Court Froze Houses in Bosnia, but the Arslanagićis Bought New Ones in the US

The property is in fact owned by a different person also named Meliha Arslanagić, who resides in the United States of America, but who is not Arslanagić’s wife, Meliha, who used to live in the US.

CIN wrote this story about a discrepancy between the money that the family of Bosnalijek’s former director general, Edin Arslanagić, invested in buying and building of houses and their income. The correction of this error over the ownership of Lovište real estate consequently changes the amount of this discrepancy by around 88,000 KM, which was the price of buying this property. Therefore the difference between the Arslanagićis income and investment in properties is 1.05 million KM, and not 1.14 million KM, as was earlier stated in the story.

CIN apologizes to both of the Arslanagićis and the readers for the above mentioned error.