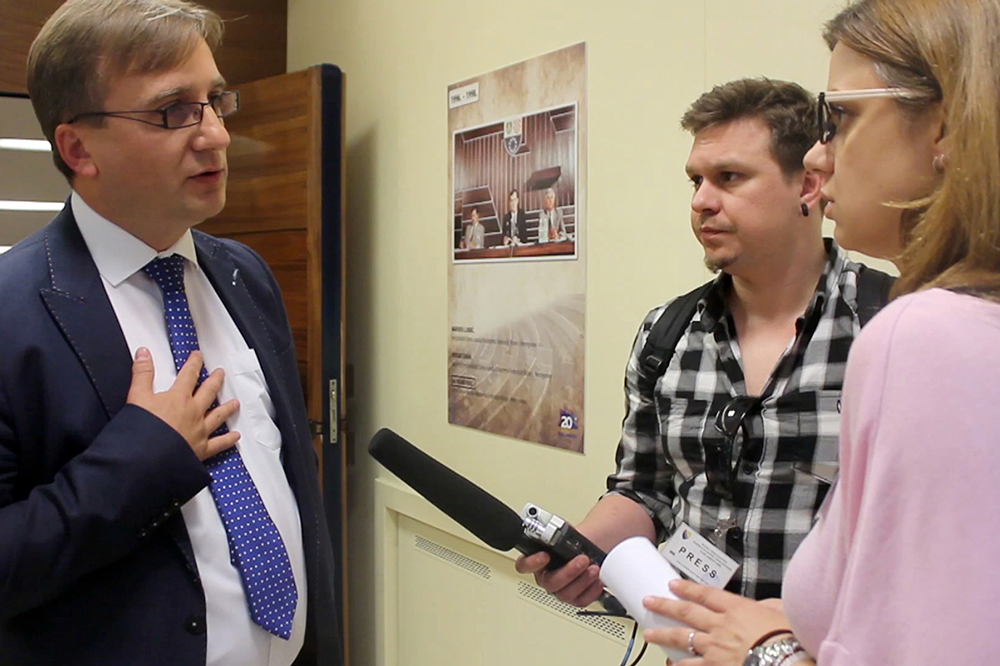 Nino Bilajac from the Center for Investigative Reporting in Sarajevo (CIN) has been shortlisted for the Thomson Foundation Young Journalist FPA Award.

On the shortlist are just ten reporters who have been chosen from 236 applicants from 60 different countries. Three finalists will be chosen to come to London for the gala awards ceremony in November, where the overall winner will be announced.

Along with the CIN reporter journalists from Ukraine, Nigeria, Ghana, Syria, Pakistan, Kenya, Sri Lanka and India are on the shortlist.

During the past year, Bilajac has put under the spotlight the spending and hiring at the Zenica-Doboj Canton Health Care Fund and focused on the legislators and aides at the Federation of Bosnia and Herzegovina’s Parliament.

An investigative story, a video and a cartoon titled “Fake Accommodation for Additional Income” on which Bilajac worked along with his colleague Jelena Jevtić, reveal how the FBiH legislators claimed accommodation allowances worth 800 KM a month based on bogus rental agreements. The money also covered their living expenses and transport costs.

CIN found that some legislators cheaply rented houses so that they could pocket more of the allowance. In many of the rented apartments other people live: landlords and their families; legislators’ children and various tenants.

Bilajac followed this with another story about the hiring of advisors by the House of People’s chairwoman Lidija Bradara. She hired five out of her eight aides illegally.

The stories published this August have attracted wide public attention but also judicial scrutiny. Sarajevo Canton Prosecutor’s Office has opened a case based on these two stories. In the beginning of this month, the Federation Police Administration subpoenaed from the Parliament paperwork on legislators and aides.