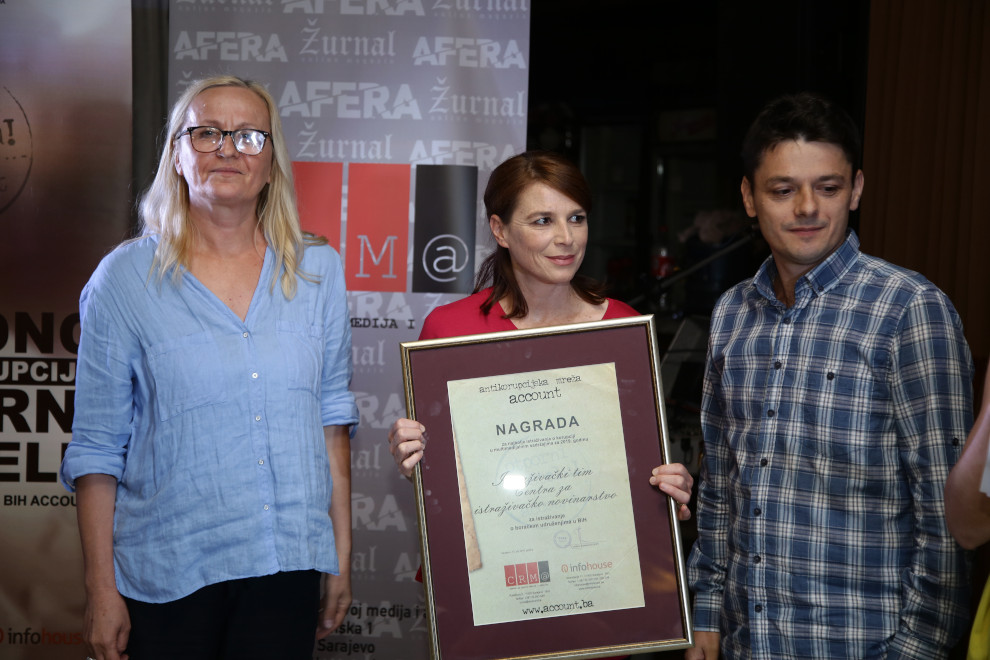 The Center for Investigative Reporting in Sarajevo (CIN) won this year’s award for best multimedia reporting on corruption from the Anti-Corruption Network in Bosnia and Herzegovina (ACCOUNT).

The award went for an investigation into financing of veterans’ associations that CIN published last year. Reporters published two stories and a video about veteran’s associations and their staffers who have misused taxpayer funds intended to provide some welfare to veterans.

Along with the stories, CIN reporters created a unique online database about financing of veterans’ associations in Bosnia and Herzegovina. The database contains records about allocations of budget funds from all levels to these organizations between 2012 and 2018. CIN found that the authorities in Bosnia and Herzegovina spent 83.2 million KM on their activities over six years.

The award for the best written report about corruption went to Svjetlana Šurlan, reporter from Banja Luka based Capital for an investigative project about the construction of highway Banja Luka-Prijedor. Special mention for his contribution to the development of investigative reporting went to reporter Avdo Avdić of the news web site Žurnal.

This year 27 nominations were submitted. This marks the seventh consecutive year that ACCOUNT network rewards journalists for excellence in corruption reporting in BiH.