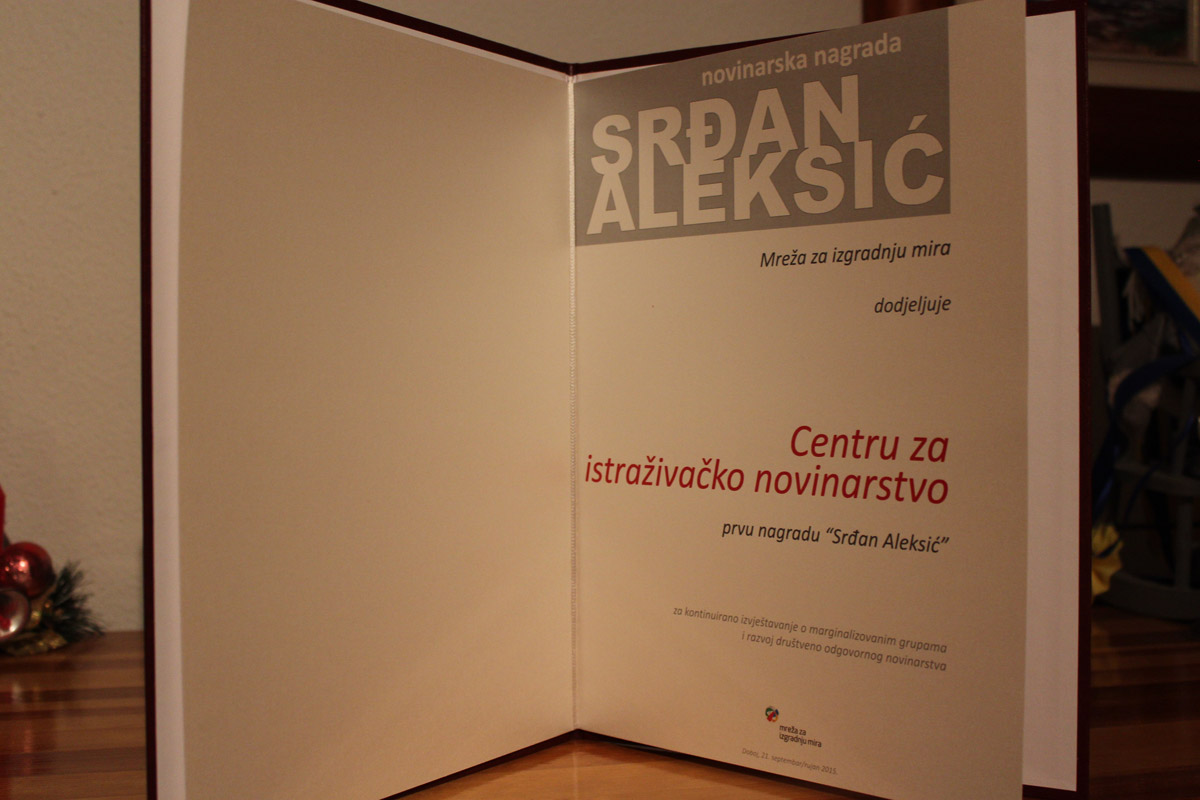 A four-member jury awarded this year’s first Srđan Aleksić award for professional reporting to the Center for Investigative Reporting in Sarajevo.

A second award went to Milovan Matić, a reporter for Press in Banja Luka, and the third to Radio Free Europe reporter Maja Nikolić.

The awards were given out in Doboj as part of the commemoration of International Peace Day, Sept. 21. by the Network for Peace Building. The contest is supported by USAID project “Trust, Understanding, Responsibility for the Future in Bosnia and Herzegovina” implemented by Catholic Relief Services.

Some 17 non-governmental organizations nominated journalists and programs that in their mind advanced professional reporting and helped affirmed socially-responsible journalism in Bosnia and Herzegovina. 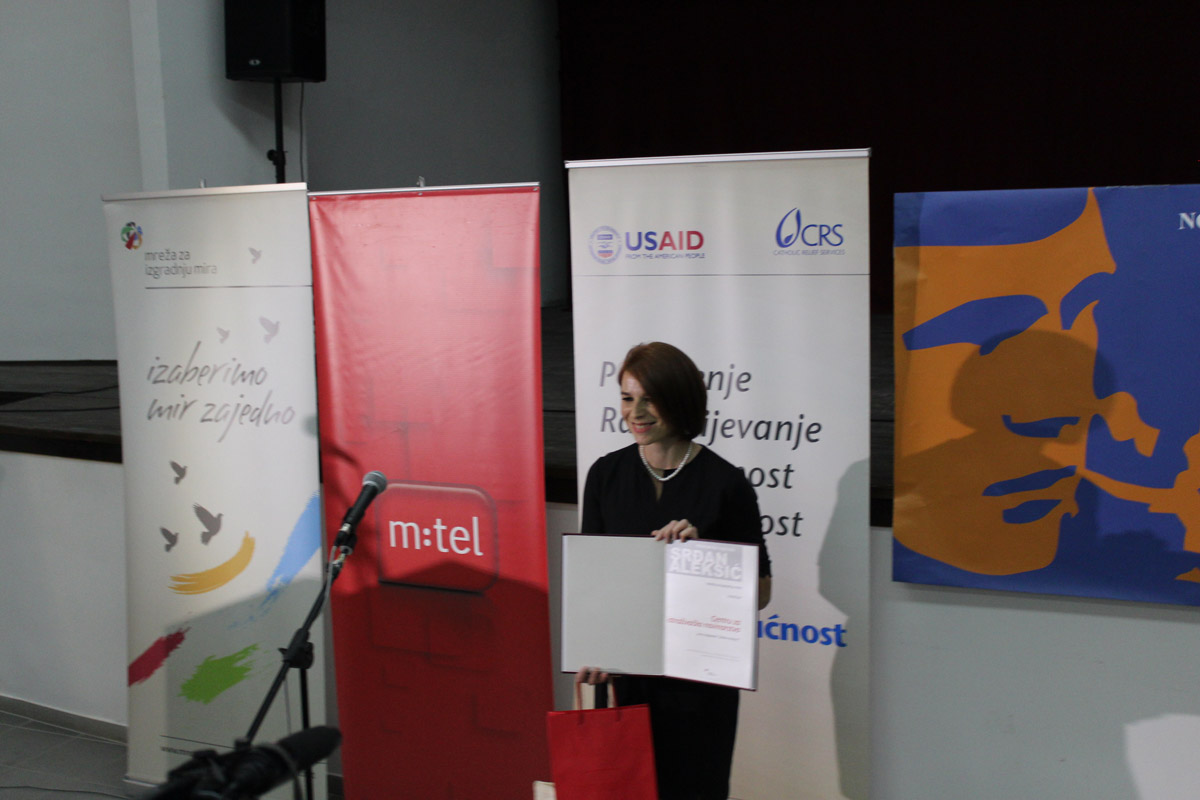 According to the Fena news agency, 19 reporters and media outlets in BiH have received Srđan Aleksić awards since the prize was set up in 2010, by the Helsinki Citizens Assembly in Banja Luka, the Cure Foundation in Sarajevo and the Association of Young Reporters of Republika Srpska.

During the 1992-1997 Bosnian war, Aleksić died at 27 while defending his fellow citizen Alen Glavović in their native Trebinje. Thanks to Aleksić who resisted four Bosnian Serb soldiers, Glavović managed to escape. Aleksić was beaten to death.

The Helsinki Committee for Human Rights in BiH posthumously awarded Aleksić for exceptional contribution in the protection and promotion of human rights.