RS Prime Minister, Milorad Dodik publicly admitted that he has two apartments and a villa in Belgrade even though he previously said he would sell the apartments. 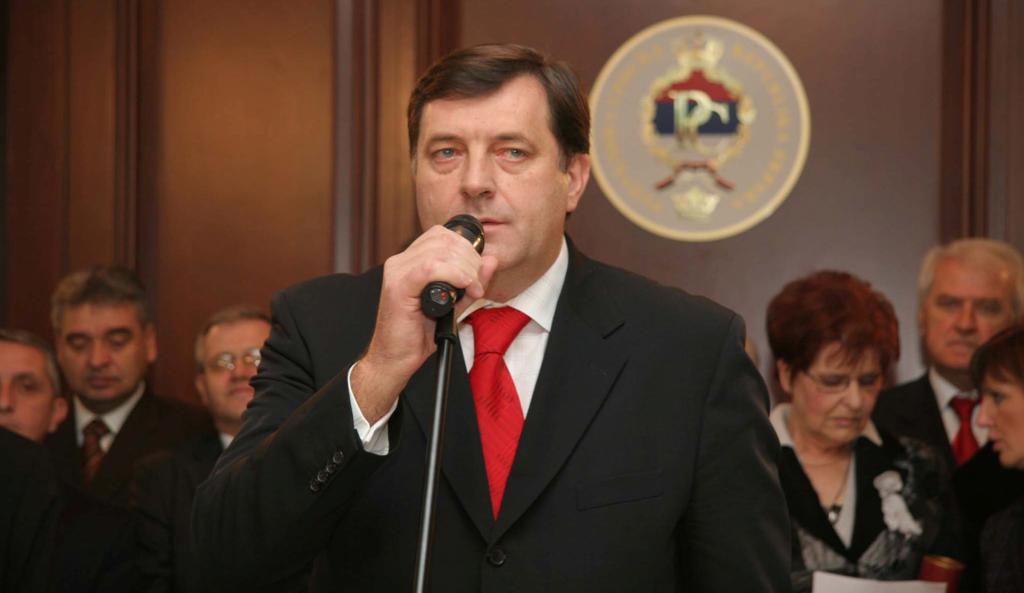 Reporters from the Center for Investigative Reporting in Sarajevo (CIN) wanted to find out how Prime Minister Dodik came to own a villa and two apartments worth almost €2 million, according to real estate agents. The CIN reporters obtained the ownership document and an attestation from the court in Belgrade on the payment for the villa and spoke with the previous owner of the villa. Based on these documents, gathered from various sources, CIN reconstructed the events that led to him buying the villa.

Goran Miločević, marketing director of Commercial bank from Belgrade said that Koling company from Belgrade took out a loan to build residential buildings to sell on the market. Koling did not pay off the loan, so the bank took possession of four or five villas and put out a tender offer for selling them.

He said that among the villas on sale was the one Dodik bought.

According to the land registry, Dodik bought a 342-square-meter three-story villa with garages and a yard which is part of a duplex building.

During the first interview with the marketing director of Commercial bank, he said that Dodik was one of the best bidders as he ‘offered to pay in cash’, which this bank accepted. However, when a reporter from CIN spoke to him again a couple of days later he said he ‘couldn’t really remember if Dodik offered to pay in cash.’

How The Villa Was Bought

In April 2007, the Serbian Geodetic Institute commission in charge of establishing the ownership rights to real property held a public discussion which was attended by representatives of Koling company and Commercial Bank from Belgrade.

After Dodik won the tender, on May 16, 2007, he concluded a purchase contract with Commercial Bank for the 342-square-meter three-story villa for €850,000. According to several real estate agents, the market value of the villa at that time amounted to between €1.2 and €1.5 million, depending on how well it was equipped.

When CIN reporters asked how was it possible for the bank to sell the villa at a price lower than its market value, the bank said it had the right to do so in order to protect the invested money and that Dodik offered the best price.

When Vukota Govedarica, an Serb Democratic Party (SDS) MP in the RS Parliament inquired with the Dodik about his property Dodik said: ‘It is true that I own a villa in Belgrade but it is mortgaged.’ He said he was renting it out to a foreign company and uses that money to pay off the loan.

The documentation CIN have obtained does show that the villa was mortgaged for €750,767. However, the time period in which he was granted the loan and registered the mortgage and his ownership rights do not fit.

Dodik bought the villa in May 2007. In order to have the villa registered as his ownership Dodik had to pay the Commercial bank €850,000.

Milićević said in a telephone interview with a CIN reporter that Dodik had to pay all the money first in order to register the villa in his name.

‘It is normal to pay the purchase price in its entirety in order to transfer the ownership rights’, he said.

Also, ownership cannot be registered if the real estate purchase tax is not paid. The tax office refused to give CIN the information requested whether Dodik had paid the tax, justifying it with the Law for the Protection of Personal Information.

At the beginning of November 2007, Commission approved Dodik’s registering the villa as his.

Less than eight months later, at the end of June 2008, Dodik concluded a long-term loan contract with the Pavlović International Bank from Bijeljina. The loan amounted to 1,468,373 KM, that is, €750,767 for a payment period of 102 months, that is, 8.5 years with an annual interest rate of 7 percent. The mortgage was registered on March 19, 2009, on the basis of the Decision issued by the Fourth Municipal Court in Belgrade on Nov. 3, 2008.

According to loan calculator from the web site of Pavlović International Bank Dodik’s monthly loan installment is 19,141.52 KM or €9,786.90. According to RS Government Secretariat Dodik in 2008 earned a total of 64,406 KM. This means that to pay three and a half loan installments Dodik would spend his whole yearly income.

Dodik said at the session of RS Parliaments that he was renting the villa out to a foreign company and used that money to pay off the loan. A CIN reporter called five real estate agents who told him that a fully furnished villa in this neighborhood costs between €2,000 and €5,000 a month. The rental price is €10 per square meter at the moment.

The Pavlović International Bank is owned by the Slobodan Popović, a controversial businessman from Chicago who was born in Popovo near Bijeljina. CIN has written about him before regarding some deals in the privatization in the RS.

The former RS minister of finance Svetlana Cenić said to CIN that it is almost impossible to get such a huge loan.

‘Not even the strongest bank in BiH and beyond would ever approve a credit this high since it would endanger their solvency. Pavlović International Bank from Bijeljina is a minor bank that could not put out so much money’ said Cenić.

The bank representatives did not want to discuss the loan with CIN. The RS Government Secretariat never responded to a CIN request for an interview with Dodik.

Serbian Center for Investigative Reporting contributed to this story.