In a CIN-sponsored focus group, leading employers and business officials in BiH talk about the quality of the workforce universities are turning out and about how they might change university education. 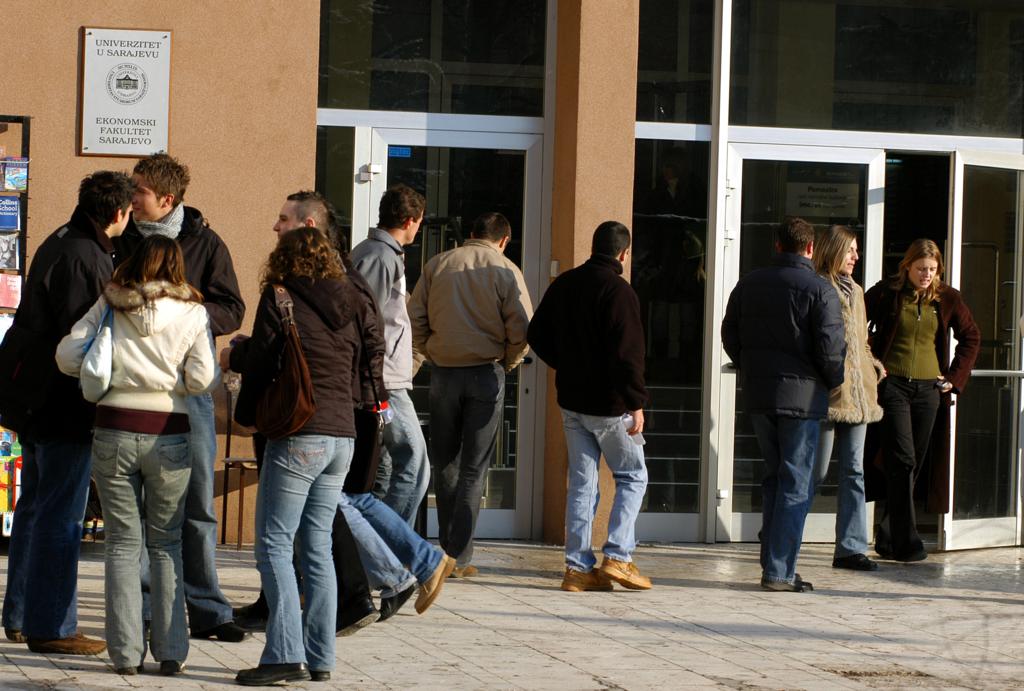 Graduates fresh out of BiH universities are coming to their first jobs with theoretical knowledge, but without the in-depth specialty training or practical skills their bosses need, company representatives say.

The Center for Investigative Reporting in Sarajevo (CIN) commissioned Prism Research to find out how employers felt about the quality of the graduates they were hiring out of the country’s schools. In December, Prism gathered managers or human resource executives from 17 companies in the service, construction, trade and manufacturing industries. They were questioned at meetings held in Banja Luka and Sarajevo.

The company representatives noted that some universities were better than others. In general, though, they said courses everywhere were out of date, equipment was obsolete and academics made too little of an effort to prepare students for the skills they need in the real world.

‘No matter how good students they were, they are starting from zero once they start working for us, because we don’t use the equipment on which they had been trained nor they are expected to use the methods they learned’ said Ema Kapetanović, a human resources official from Bosnalijek pharmaceutical company.

Some of the executives said they have had to set up expensive internships or training programs to retrain the students and give them additional oversight. Other participants said they could not afford such programs but needed them.

Recent graduates in new jobs that CIN talked with supported these views of the business managers.

Edina Talović wishes she had spent more than a few months in writing internships before she went to work in December at the news agency ONASA. She graduated last September with a journalism degree from the University of Sarajevo.


‘We had to learn a lot of theory’ she said. ‘With that you can learn how to write news, but with no practice it is useless.’

Aida Šahinović went to work for the HVB Central Profit Bank shortly after passing her last exam at the Faculty of Economics a year ago. Classes at the school were so large, she said, that there are gaps in what she knows. ‘We learn some theoretical things but not practical’ she said.

Students educated overseas display better knowledge in specialized areas and have experience with the most up-to-date technologies, the business people said, but they remain reluctant to hire them. Too often BiH officials don’t recognize diplomas from outside this country.

Young job-seekers also get no advantage if they go to private universities, these company officials said. At least that is true right now. The private schools are relatively new and employers have not had a lot of experience with them yet.

They reported little difference in the quality of students they see coming out of various schools in the Republika Srpska. But federation schools produced students of notably variable quality, they said, They praised graduates of the Sarajevo School of Economics and the School of Electrical and Computer Science, the Zenica School of Metallurgy and School of Mechanical Sciences and most of the departments of Tuzla University. They said the universities in Mostar were the country’s worst, with the exception of the Faculty of Information Technologies at Džemal Bijedić University.

Still, company representatives said, local employers have hired more graduates over the past few years as post-war stagnation and privatization have ended. The employers said that they mostly hired from whatever faculty was closest to their company and after that from other schools in their entity.

The employers said they would like to see universities offer more interdisciplinary courses, and to cultivate critical thinking by students.

Participants in a focus group are anonymous, although some agreed to talk to CIN or to allow CIN to use their names and opinions. CIN reporters also talked to officials of the Sarajevo Canton Employment Office after the focus group meetings.

Most first-time employees are not meeting employer’s requirements, said a human resource official from Sarajevo. ‘They lack communication skills in the business environment.’ Another said, ‘Even the best students who completed studies in time have very limited practical knowledge or don’t have it at all.’

‘We are entering the world-wide telecommunications network’ he said. ‘We’re talking about specialist knowledge in the field of satellite technology, exploitation of radio-relay systems and systems of relay transport, intercontinental connections’ he said.

Graduates from technical programs tend to find jobs faster, according to Mahir Lokvančić, an official of the employment office. He said employers show interest in graduate engineers from construction, electronics, architecture and mechanics programs.

‘Steer the high school students toward technical faculties is my piece of advice’ he said.

Cooperation between schools and the labor market is part of the problem. It used to be better before the war.

Azemina Vuković, secretary of a task force working on the draft of a new higher education law, recalls that before the war, university officials and employers met and went over economic reviews. They would adjust enrollments in various faculties accordingly.

New studies by international groups and an unpublished study completed in December for local level school and business leaders by the Center for Policy Studies (CEPOS) conclude that such coordination is needed again. The CEPOS report, entitled ‘Connecting Education and the Needs of the Economy’ said the first step to that goal, however, will be setting some clear guidelines on what the economy needs. BiH now lacks strategic economic development programs at the national and regional levels. Without that starting point, figuring out future labor demands is impossible.

Some focus group participants did blame the schools, however, for outmoded teaching.

‘These law schools look like they came straight from the 19th century’ said Ismet Muminović, a senior official with RAK, a regulatory agency. He said training in European law and not just international law is needed.


Aida Bubalo-Bejtula, head of the Sarajevo jobs office, said most companies require an unrealistic minimum set of skills from new candidates including English,German and computer literacy.

‘I’m not saying that our children are geniuses’ she said, ‘but the employers are too demanding.’ Out of 50 candidates, not one can meet the standards, she said.

The full focus group report can be read here.