The part of the FBiH Railroad that operates the trains and lucrative freight business has been privatized for a small fraction of its worth. But railroad officials have not bothered to tell anyone. The move deprives the people of BiH money back from their huge investment planned for the railroad to fix tracks and other decaying infrastructure. 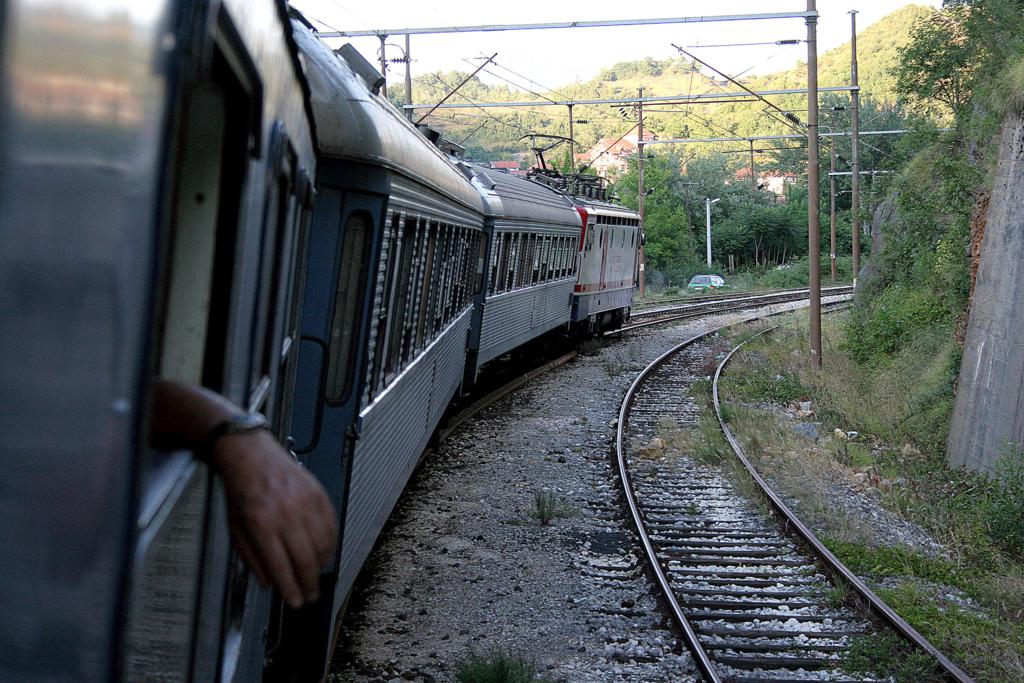 None of the crushing problems FBiH Railways is grappling with, from low ridership, dilapidated infrastructure, haphazard investment to inept management is as bad as dealing with the consequences of a disastrous privatization six years ago.

Federation of Bosnia and Herzegovina (BiH) officials effectively insured with that privatization that massive taxpayer investment in the railroads can never be recovered. They quietly sold off half of the most profitable part of the railways while retaining for citizens all the debt and rusting tracks and bridges.

This rushed privatization, mishandled by then Prime Minister Edhem Bičakčić and Minister of Communication and Transportation Besim Mehmedić, enriched a group including former railroad management and local and Slovenian businessmen.

These new owners are likely to reap further benefits at the expense of citizens because of a decision last month by the government of Nedžad Branković to pay off railroad debts.

FBiH Railways was formed when BH Railways and Herceg-Bosna Railways merged in 2001 immediately after they were individually privatized. At the same time the new organization was quietly split into two on paper. One was called the operator, which owns the trains and operates the subsidized passenger service and the lucrative freight business. The other and much larger company owns the tracks, bridges and stations.

The operator has made money. The infrastructure company needs up to 1 billion KM to upgrade to European standards. The government claimed during the privatizations that it was selling 8.6 percent of BH Railways and 5.6 percent of HB Railways. But the odd arithmetic of the deal was that, in reality, they were selling off half of the profitable operator of both firms.

“Railways were big trouble,” Bičakčić said. “We just wanted to get rid of them.”

The government got rid of a portion of the railways valued at 140 million KM and that brought in 5 million KM in profits in 2005. In return, the government collected 7 million KM of certificates worth about 175,000 KM.

Many of the privatizations have earned 2 and even up to20 times more in vouchers than they were valued at. The railroads, however, were sold for just a twentieth of their value.

While most of the other early privatizations were for small companies, the railroads were the single largest asset privatized up to that time. The telecoms, the energy companies and many other large companies designated as key industries were held until later rounds and some have still not been privatized. The railroads were also designated at first as a key industry, but Bičakčić’s government included them in the early rounds regardless.

“The railways, I suppose, and this is my personal opinion and I don’t claim to be right, were not attractive because they’re losers,” said Sabaheta Čongo of the Agency for Privatization.

Railroad officials say the Bičakčić government pressured them to privatize quickly although nobody could explain why. The railroad managers came up with the idea to split off the profitable operator to attract buyers.

Both former BH Railways Directors Hidajet Šerbo and HB Railways director Ivan Knezović said it was their idea to split off the operator from the infrastructure. In a letter to the Ministry of Communication and Transportation, Knezović said there would be considerable public interest in the privatization of the railroads, but almost no interest if the infrastructure were included in the assets.

However, the government chose to advertise the privatization in the manner that would garner the least public interest.

In September 2001, the FBiH Train Engineers Union sent an unusual set of questions to the FBiH Privatization Agency.

‘Why were the railways workers … not informed about the privatization process as was done in some other companies’ Rasim Džafić, president of the Union, wanted to know. He asked if it were true that 49 percent of the operator had been sold.

The letter demonstrates how little even BH Railway employees had been told about a privatization affecting their jobs. The agency told Džafić it was up to railroad managers to tell workers of the privatization. Managers actually told workers the railways were not being privatized.

‘We knew nothing about what was being privatized, nor under which conditions. Nothing’ Džafić said recently.

Had workers known, they would have invested in the railways with their vouchers Džafić said. Had even 500 workers pooled their certificates they could have had majority ownership of the operator.

Bicakcic downplayed the notion that workers deserved that chance to bid. “What a worker wants to know is whether he will get a salary, food and vacation benefits. The union and the management could have explained all that,” he said.

An examination of records show there was little or no information on privatization of the railroad in public documents from the time.

Current director of FBiH Railways Narcis Džumhur said information was available from “the media.” Center for Investigative Reporting in Sarajevo (CIN) found that the only information from the government in the media was a list of the value of assets.

Documents from the railroad, the FBiH Ministry of Communications and Transportation, the FBiH Parliament and the FBiH Agency for Privatization show that a small percentage of the whole railroad (operator and larger infrastructure) was being privatized, a misleading fact that is still being repeated. Would-be investors were misled into thinking they would have to buy the deteriorated rails and trestles in addition to the operator. CIN reporters examined thousands of documents that were publicly available at the time and only one footnote in a document from the Agency for Privatization noted that the sale did not include these liabilities. Most officials said the operator should have been legally separated before privatization.

“It would be logical that the companies were first separated but since that wasn’t done, the agency … advertised the shares to be sold as if it was the whole company,” said Svjetlana Mujkanović, director of the legal department of FBiH Railways.

In the first round of the privatization, when the public and workers might have bid on the railways but did not, not enough vouchers were offered to meet the threshold for a legal sale. The railroad then had to be put up for a second round during which the operator was dumped for whatever was bid. For BH Railways, that was 5 million KM in vouchers with a street value of 125,000 KM. It was bought primarily by Slovenian controlled investment funds. HB Railways was sold for 2 million KM in vouchers with a value of about 50,000 KM.

“Everything was done by the law and decisions were made by the FBiH government,” said Džumhur, the railways director who was senior manager at BH Railways during the privatization.

Nasir Silajdžić from Tuzla was one of the people who bought part of the railroad. He had no idea he was buying the operator and only found out later.

“(One hundred twenty-six million KM) was being offered and can you imagine that no one invested in the first round of offerings?” he said. “I did not make an investment until I saw only one person was investing in the second round of offerings. I started thinking why should one person take all 126 million KM?”

Knezović of HB Railways said he told workers of the privatization. However, the only owners who showed up were Knezović, who bought 71 percent of the offered shares, and other former railroad managers and assorted businessmen. Knezović said he got the 10 million KM in vouchers from “his family.”

The railway privatizations were “a big mistake,” said Dragan Čalović, a member of FBiH Railway’s steering board. “It was done under pressure by the Agency for Privatization, to do it like the Slovenians, to strengthen the operator and to put some price on it and now this. Frankly, I don’t know what this is now.”

Čongo, chief of the department that prepares tenders in the FBiH Agency for Privatization, admits that all privatizations from the time were not ideal.

“There has been a lot of criticism for this method of privatization. It is easiest to judge and criticize after a period of time. At the time when we made the move, it needed to be resolved,” she said.

A number of questions remain about the privatization. For example, the half-privatized railroad operator doesn’t legally exist. It is simply a paper division of assets. CIN asked for a list of those assets but never received it. Railway ownership of assets, including real estate and other properties, cannot be proven through paperwork.

Stjepo Andrijić, former president of the governing board of the FBiH Agency for Privatization, reviewed the documents for the privatization with CIN.

“This is completely unclear. I don’t understand it, and I’m quite an expert,” he said.

Andrijić said the government should have stayed out of individual privatizations like the railroad and left it to the agency.

‘What is happening is that government is deciding on individual companies. The way (the railroad) was sold ….this is not logical at all.’ When asked how a privatization could be done under such conditions, Mujkanović, told CIN, “Who knows? As a lawyer, I tell you that privatization was not supposed to happen without evidence of ownership. Today, everybody is actually washing their hands of this situation.” Čongo doesn’t know how things got so bad.

“We had good plans, good goals for the company. However, it went in the completely different direction,” she said.

The people most affected by the privatization will be the railroad workers, who are frustrated and do not think BiH received the best deal. In a letter sent at the time of the privatization, Džafić told the privatization agency: “If the moveable assets — passenger and freight cars and locomotives — were sold as scrap metal, we could have gotten a much higher price (than what was paid for the operator).”