Looking into the investigation of a judge

Bosnian state court authorities say they vindicated former international Judge Gerald Gahima of the War Crimes Chamber of any wrong-doing in his native Rwanda, but they won’t say how they had the authority to decide law in another country or just how they went about making their determination of innocence. 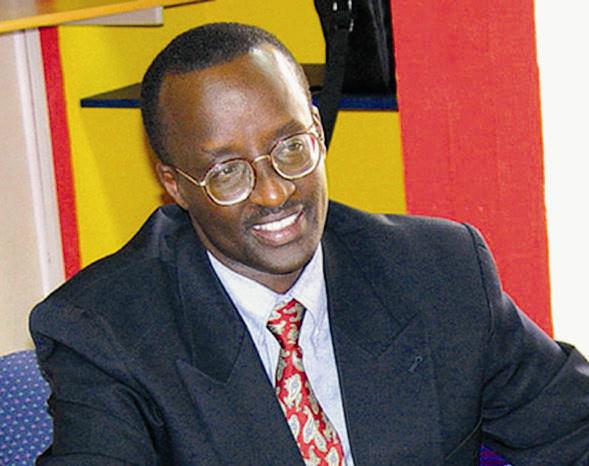 Six months after he abruptly quit the state War Crimes Chamber Gerald Gahima continues to identify himself as an international judge of the court and to dodge questions about an investigation into his appointment.

Top court officials in Sarajevo, internationals overseeing reform of the justice system, strongly defend Gahima and blame some media for biased reporting against him.

Gahima, who came to Bosnia and Herzegovina from Rwanda, left to take a fellowship with the American Institute for Peace in Washington D.C. shortly after the Center for Investigative Reporting in Sarajevo (CIN) published stories about his controversial past. In them, Rwanda Commission for Human Rights officials criticized Gahima for abuse of authority in the arrest of judges and politicians critical of the Rwandan government.

Court Registrar Michael Johnson, who nominated Gahima for the Sarajevo job, refused to discuss Gahima’s status with CIN before he left that job last month. The judge also refused comment. Both have noted repeatedly that Gahima was vindicated in an investigation by the Office of the Disciplinary Counsel of the High Judicial and Prosecutorial Council. Gahima asked for that investigation to clear his name after the news reports were published.

David Upcher, currently deputy chief prosecutor and head of the Special Department for Organized Crime, Economic Crime and Corruption, put out a press release at the end of his investigation concluding as ‘unsubstantiated and unfounded’ charges that Gahima had been involved in ‘illegal, dubious, unethical and unprofessional’ activities while he was a judge and prosecutor in Rwanda or that he had ‘abused his office for political motives and in order to acquire material gain.’

Upcher called his investigation ‘thorough and diligent.’ In interviews Johnson has characterized the review in the same way. Neither will say how the investigation was conducted or list anyone interviewed or documents consulted. Upcher’s successor at the HJPC, Anđelko Marjanović, also has declined to comment.

CIN revisited sources it talked with for its stories on Gahima and could not find a single person in Rwanda who had been interviewed by BiH court officials. People who worked with Gahima during the years he was chief prosecutor in Rwanda said no one from the Sarajevo court had asked them questions or requested documents about him.

Rwandan human rights commissioners and employees and a former Member of Parliament who accused Gahima of improperly imprisoning him all said they were not contacted by Bosnian court representatives. How Upcher was able to exonerate Gahima of the allegations against him in Rwanda is not clear.

Upcher has refused to release his investigative report, which he says is not public record. Gahima did not respond to a CIN request to make the report public.

After several months of correspondence asking for information about the Gahima investigation, CIN received a statement from Elmira Pašagić, director of the HJPC Secretariat, that Gahima as an international judge had the status of a diplomat. He ‘enjoyed the immunity from determination of responsibility’ she said.

It is not clear what role if any dipomatic immunity plays in this case. The immunity Gahim enjoyed as a judge only applied to protection from prosecution for crimes committed in BiH. Gahima waived this protection when he asked the HJPC to investigate the charges in Rwanda against him. Bosnian officials, however, still have had no jurisdiction to decide whether he broke any Rwandan laws.

Upcher refused to answer questions about what authority he acted under in investigating Gahima’s past in Africa.