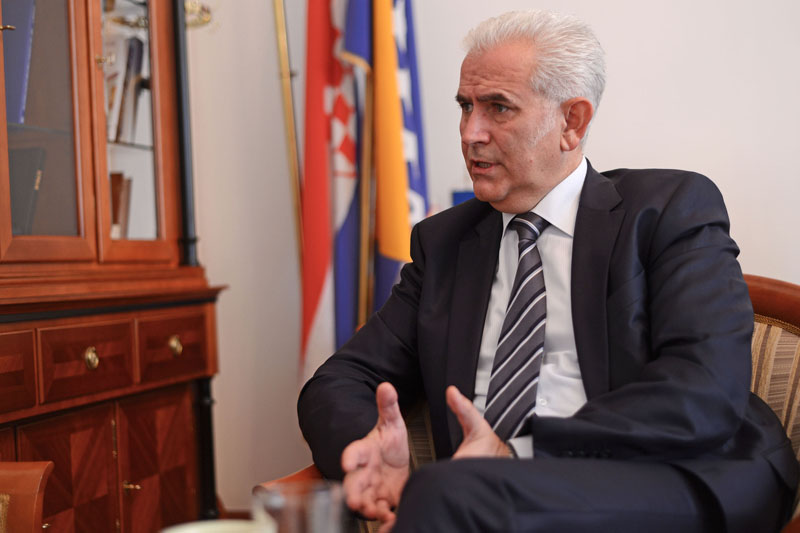 The municipal court in Sarajevo declared itself incompetent to hear the case of Živka Budimira, , the former president of the Federation of Bosnia and Herzegovina (FBiH), and five other persons accused of abuse of office, illegal interceding, and accepting gifts and other forms of benefits.

Officials from the Sarajevo Canton prosecutors office told the Center for Investigative Reporting in Sarajevo (CIN) that they planned to appeal the court’s decision.

The BiH Prosecutors office filed an indictment against Budimir and other defendants in November 2013. Budimir was charged with illegally pardoning convicts by expunging their criminal records or by cutting down their sentences or letting them get away without serving time. According to the charges , Budimir signed pardons alone or with the assistance of the other accused, on his own initiative or at the requests of politicians and criminals. From some of them he allegedly received money.

The Court of BiH earlier declared itself incompetent and concluded that the indictment could not prove that the charges led to damaging consequences for the state of BiH, its international standing and the rule of law.

The case was then remanded to the Cantonal Prosecutor’s Office in Sarajevo which worked for a year on harmonization of the indictment before filing charges against: his advisor Petar Barišić, the president of United Veterans’ Organization (JOB) in FBiH Saud Kulosman, the president of Pardoning Commission Hidajet Halilović, a former legislator with the FBiH House of Representatives Željko Asić and Armin Kulovac. However, the Municipal Court also declared itself incompetent.

For the Second Time Budimir Indicted for Pardoning Criminals

Should the Municipal Court’s decision become final and bidning, then the case against the incumbent FBiH president and five other persons might be remanded to the special department of the FBiH Prosecutor’s Office and Supreme Court, which yet has to be established.

On February 1 of this year, the Law on Fighting Corruption and Organized Crime in FBiH  entered into force. The law calls for establishing a special department with the FBiH Supreme Court that will be competent to rule on cases of corruption and abuse of office when suspects are appointed by the FBiH Parliament or the FBiH Government.

Since the law has just entered into force, the prosecutor’s office and the court have 90 days to make rulebooks and other bylaws necessary to get the department off ground.