Governments at various levels in Bosnia and Herzegovina (BiH) have allocated at least 293.4 million KM in grants to veterans, sport organizations, humanitarian and other associations, as well as to public agencies and faith-based organizations.

Entity and state auditors have said in reports that the allocation of public money has been conducted without any set criteria and without adequate monitoring afterward.

Dževad Nekić, deputy chief auditor at the Audit Office of the BiH Institutions, said lack of transparency is one of the biggest issues in the allocation of money to non-profits: “Only some people know that funds are available, while other citizens who are not in the loop know nothing of such a possibility.”

Reporters from the Center for Investigative Reporting in Sarajevo (CIN) sent information requests to municipalities, cantons, entity and state governments asking about grants to non-profit organizations between 2007 and 2011 in an attempt to collect all information in details in one place. Just 86 institutions responded, slightly more than half the number contacted. Thus, the real amount of distributed money is bound to be much bigger.

CIN reporters have collected some numbers by checking the Official Gazette, budgets and other available documents.

The data also show that the municipalities, local communities and public institutions received 22.1 million KM. Nekić explained that auditors could have applied for money as there was no criteria to prevent them from doing so. 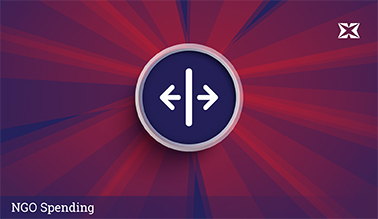 In their 2010 report, the BiH auditors said that the agencies did not have quality monitoring to know whether the money was spent as intended or did any good. The auditors added that the Council of Ministers did not stick to the limitations established by the law.

Nekić said that allocation of money is subjective and varies depending on who is giving. He pointed out that funds are available to the chairman of the Council of Ministers and his two deputies, who have discretion to give them away without any criteria.

Belma Mušinović, an FBiH auditor, said that one problem is that the institutions signed forms, but not contracts which carry legal consequences if not followed. She said accountability for what happens to public money would be shared by those who give it and those who take it if there were contracts.

According to data CIN collected, the FBiH Ministry of Culture and Sport has allocated most of the money for the associations–54.6 million KM —over the five-year period. However, the FBiH auditors found that the ministry has unjustifiably allocated money for certain projects in 2010 without taking into regard that they were financed by other government agencies.

Mušinović explained that auditors did not have a full picture how funds were distributed, because the government institutions did not have a database – only a “typed in records and received application.”

“They should have put out a public ad, so that each one of us (…) would have a possibility to apply for a grant,” said Mušinović.

According to a 2010 report from the Supreme Office for the RS Public Sector Auditing, the RS Ministry of Work and Veterans and Disabled Protection gave 300,000 KM for programs employing veterans. The auditors said that based on available information, they could not establish whether these funds were distributed as loans or grants. They also could not find a list of veterans who have received money.

A 2010 auditor report of the RS Ministry of Family, Youth and Sport said that this ministry gave out funds without taking into account the applications received following a call for applications. Plus, just a half of the organizations filed a report to account for the way they have spent their funds.

The RS auditors did not want to comment on their reports for CIN reporters.