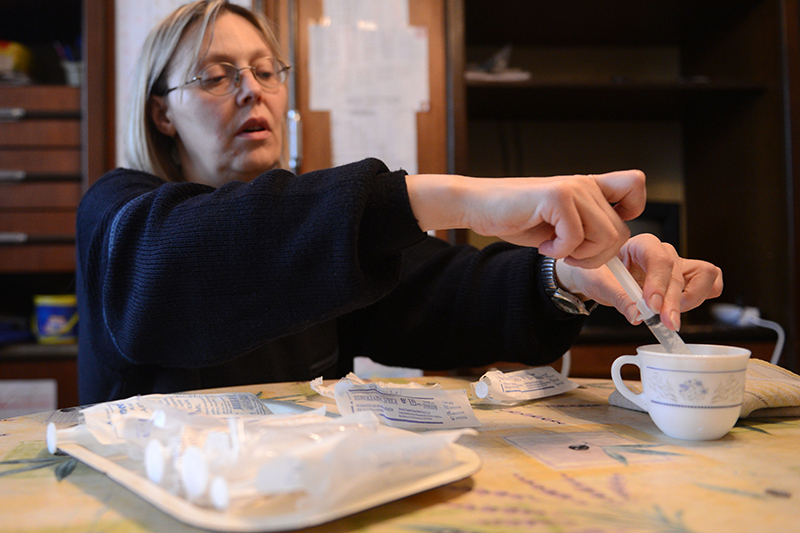 The government of Federation of Bosnia and Herzegovina (FBiH) has adopted a Rare Diseases Strategy for 2014-2020. The main goal of the strategy is to secure a mechanism for accessible, all-encompassing and quality health protection and taking care of the persons diagnosed with rare diseases.

A disease is rare when one in 2,000 persons suffers from it. They are chronic, progressive and often lead to disability and death. The strategy estimates that between 150,000 and 180,000 persons in FBiH could have a rare disease. These figures were calculated based on the European Union’s estimate that between 6 and 8 percent of the population suffers from some form of a rare disease.

The strategy reads that the patients with special needs should have a right to diagnosis and treatment and other rights available to others. The objectives over the next six years are: setting up of the lists and databases of rare disease patients and practitioners; classifying and coding of rare diseases; advancement of an early diagnosis; education of health workers; setting up of quality services for rehabilitation; setting up of guidelines for placing rare disease drugs in the programs of health insurance; finding other sources of financing for expensive medicines etc.

The implementation of these objectives will be planned in more detail in the biennial action plans which are going to define the specific steps, the institutions in charge of them, time frames as well as the financial means. The strategy does not set a date by which the action plan should be developed.

The Center for Investigative Reporting in Sarajevo (CIN) has done an investigation in which it fingered the main issues faced by the rare disease patients in BiH: lack of early diagnosis, inadequate health protection and the lack of drugs.

A Rare Treatment for a Rare Disease

CIN also found out that the health ministries do not keep a database of people suffering from rare diseases. Also, the families of the patients are left to fend for themselves when it comes to providing their loved ones with medical care. The strategy recognized both points as issues to be dealt with.

“They spend a lot of their energy trying to secure their rights resulting from the health and welfare benefits they pay, which in an organized system would be easily available and guaranteed. This is why they often lose faith in the whole system of health and welfare protection,” according to the strategy.

Tanja Markulj from Sarajevo is the mother of a child with a rare disease. She said that it is good that the things have moved from a dead stop, but she fears that this will remain a dead letter issue and that the sufferers will see little help from it.

“I will close both of my eyes and lie to myself, and say thank you for thinking about us — the last in the region. I would so love to see my child live long enough to experience some type of assistance,” said Markulj.

She said that her daughter Tamara was suffering from a severe type of epilepsy called Dravet Syndrome. Every physical effort or strong sensory input such as faster pace, an increase or decrease of blood temperature, stronger emotions or weather swings can lead to a seizure.

She is supposed to go a program of special diet in Ljubljana this August, which would improve her health situation, but for that she needs around 8,000 KM which she does not have.