Čapljina-based HDZ and former municipal officeholders incorporated a private firm then they gave it land, public buildings and government funds. The municipality had to pay the owner of the expropriated land and is now considering litigation against the firm. 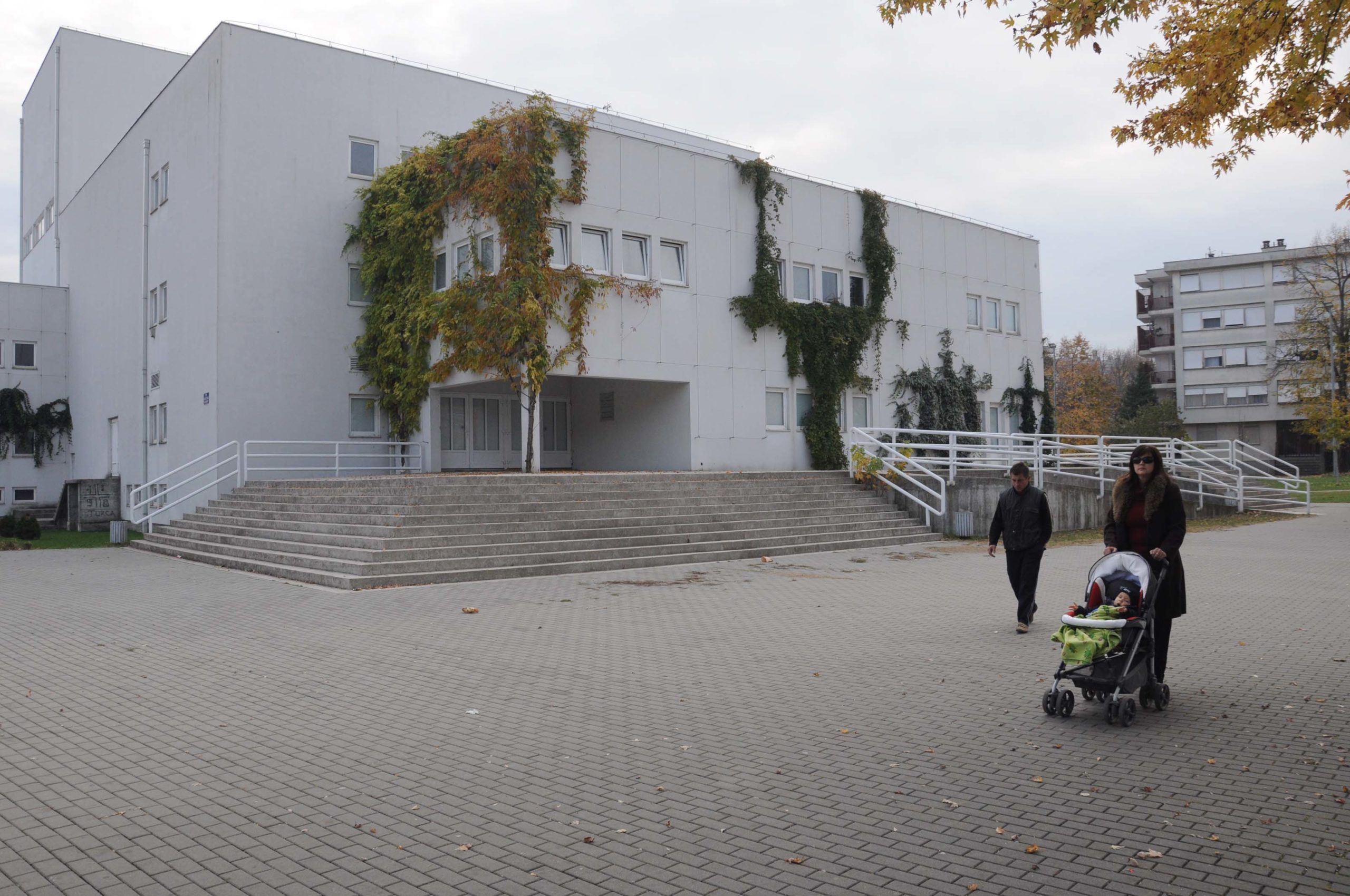 Fourteen years ago Miroslav Đevenica, former president of the Čapljina Municipal Council, and other members of the Croatian Democratic Union (HDZ) established the Foundation King Tomislav Endowment. Then, he awarded to the Foundation private land on which a market was built.

While the Foundation keeps rent from the market, the municipality had to compensate the former land owner and authorities are now considering administrative litigation against the foundation.

Establishment of the foundation and award of the land has been pursued by various prosecutors’ offices for the past nine and one-half years.

Several municipal officeholders and judges were charged in 2002 with illegally awarding the land and municipal money to the Foundation. Some also facilitated the incorporation of the founding capital and registration of the land. According to Herzegovina-Neretva Cantonal prosecutors, Đevenica awarded the Foundation 35,000 square meters in 1998 that were appraised at 570,000 KM.

In September 2006, the Prosecutor’s Office of Sarajevo Canton took up the case.


The estate where the market was built belonged to the Draško family from the village of Tasovčići near Čapljina. Former communist authorities expropriated the land in 1988 to build a business zone.

Čapljina Mayor Smiljan Vidić says: ‘It is an unnatural situation. I take something from someone and give that to you. Then the someone files a lawsuit, not against you who are reaping the benefits and making a profit from that land every day, and this is being paid from the municipal’s coffers’.

In June 2002, the Office of the High Representative (OHR) or the chief civilian peace implementation agency in Bosnia and Herzegovina dismissed Marinko Katić as judge of the Čapljina Municipal Court because he allowed registration of the private land to the Foundation. He is now an attorney.

According to Mostar Municipal Court records, the Foundation was incorporated in 1997 by Čapljina-based HDZ, and Čapljina-based Folklore Societies Zora and Seljačka Sloga and the local branch office of the Association of Parents of the Fallen Soldiers plus 15 persons, all HDZ members, including Đevenica and former mayors Krunoslav Kordić, Pero Marković and Stjepan Šutalo. One founder was BiH finance minister Dragan Vrankić, then deputy finance minister of HNK.

The Foundation began with 70,300 KM in capital. According to incorporation records, HDZ contributed 50,000 KM, while each of the four organizations paid 5,000 and each individual 20 KM.


However, the police and prosecutors’ offices investigations found that HDZ paid all the capital. This is why then judge Biljana Sesar-Buntić – now a practicing lawyer – is accused of recording the ownership of organizations and persons without proof they paid.

Sesar-Buntić told reporters from The Center for Investigative Reporting in Sarajevo, (CIN) that she could not recall the details, but that incorporation has not been marred by illegalities.

In November 2002, HDZ’s Municipal Council headed by Stjepan Krešić, passed a decision to pull the party from the Foundation, reasoning that running it as a non-partisan organization would preserve its dignity and sustainability. HDZ transferred its stake onto the three Folklore Societies and the Parents’ Association. Representatives of these societies say they are not involved in the management of the foundation.

After 2006, some high officials and HDZ rank and file seceded to found the HDZ 1990 party. Most of the Foundation’s founders joined the new party.

Marković said that all are volunteers.

The veteran head of the Foundation Đevenica, and three out of five council members, with whom CIN reporters spoke, say that the Foundation is a non-profit organization. Čapljina municipality’s web page also classifies it that way.

However, the Foundation is incorporated in Mostar Municipal Court as a private firm with the purpose of protecting cultural heritage. Its, works involve libraries and facilities for cultural events. Court registry officials say some documents about the Foundation vanished in a move following a fire.

Cantonal inspectors say that they have not been inspecting the Foundation because it falls outside of their mandate.

The Foundation has assets worth 5.6 million KM. It owns the Croatian Cultural Center in Čapljina, where a theater is being built. It also owns a wholesale market in Tasovčići, a gallery in the village of Potkosi near Stolac, and some valuable art items.

The market’s annual revenue over the last three years has averaged about 650,000 KM and paid for Foundation activities.

In 1995, municipal authorities founded Veletržnica, a firm with an agricultural market in Tasovčići. After the land was transferred to the Foundation, the Management Board passed a decision in April 1999 setting up the wholesale market on the same address.

After the market’s incorporation, the municipal company stopped work, and director Slavko Dodig became the director of the newly founded company.

Dodig explains that just the name changed and that there is one company owned by the foundation. However, Veletržnica has not been erased from the business register of the Mostar Municipal Court. It makes no mention of the firm being given away or sold to the Foundation.


Mayor Vidić says that he does not know how something that belongs to the municipality could become private and he announced filing for administrative litigations. A councilman from the Social Democratic Party Ante Krešić said that this item was never on the agenda of the Municipal Council.

The former mayor Kordić and Đevenica refused to comment for this story.

The land on which the market is situated is not the only asset the Čapljina municipality transferred to the Foundation. According to Toby Robinson, a former receiver of the Herzegovina Bank, the municipality transferred ownership of some of its business premises to the Foundation, including buildings of the Čapljina tobacco factory and Čapljina Cultural Center, which she said, was operated as a mall.

The Foundation has been renting the premises. CIN reporters could not confirm that the factory facilities were under Foundation’s ownership, and tobacco factory managers said that they did not know if their assets were transferred.

The OHR placed the Herzegovina bank under receivership in April 2001 because of allegations of the lack of transparency and abuse of public funds. According to Robinson’s report, the Foundation had a term deposit of 1 million KM at the time. Where that came from is unknown.

With the irregularities surrounding the transfer of land, police and the prosecutors found that Kordić approved at the end of 1997 a grant of 380,000 KM to the Foundation from the municipality’s coffers. The following year Krešić gave the Foundation another 350,000 KM from the Čapljina Reconstruction Fund.

The OHR dismissed Kordić as mayor in 1999 because of allegations of irregularities in distribution of municipal assets and obstruction in the return of the refugees.

Until 2005 there is no record of activities by the Foundation. Today it is building a theater in the Croatian Cultural Center, and since 2005 it has organized art colonies that bring together artists from home and abroad. They then donate their work to the Foundation. CIN reporters have visited the gallery, but the Foundation officials remained vague as to the exact number of art items in their collection.


Mostar-based artist Željko Marić, who has been painting for 35 years and who participated in the colonies, said that each year around 20 renowned artists give to the Foundation at least two paintings He valued the Foundation’s collection at at least a half million KM.

Vjeko Božo Jarak, 80, a priest and professor who lives in the Retirement Home in Varaždin, Croatia gave the Foundation a building with 2,500 square meters of land in the village of Potkosi, near Stolac, and paintings from his private collection. He said that he did not know the value of the paintings in the Foundation’s collection, nor who was behind it. He just said he knew it was doing culture activities.

The Croatian government has donated at least 116,000 KM to the Foundation since 2006 as a part of the donation for the projects of interest to the Croatians in BiH. Last year they received 36,000 KM to reconstruct an ice-skating rink. Of 180 organizations to get grants, only three churches received comparable grants and that was for reconstruction of three cathedrals.

The Foundation’s original statute does not specify who would inherit its assets in case it was terminated.