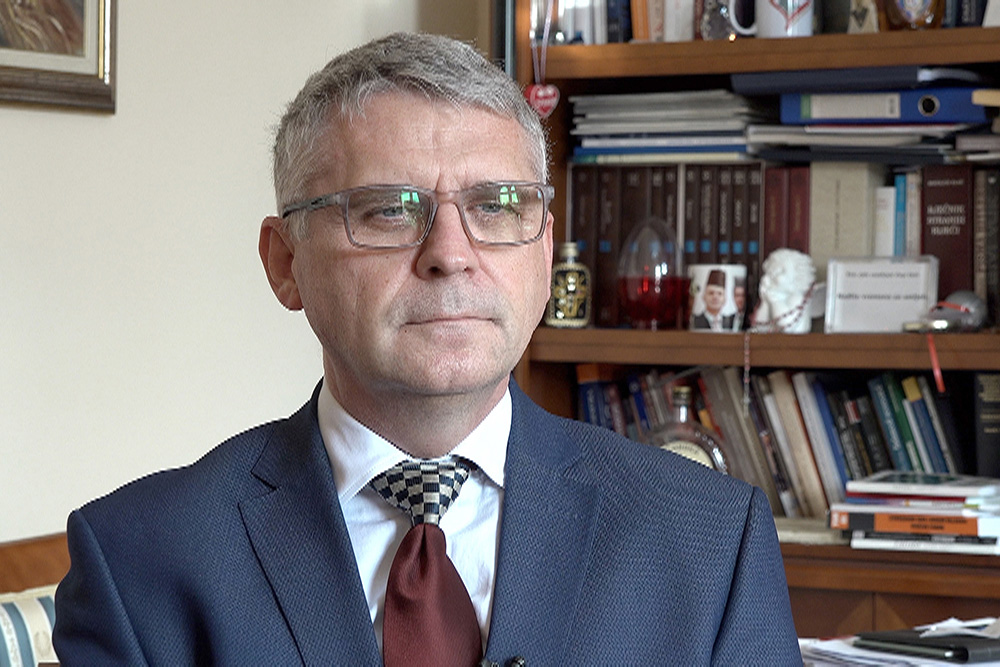 The Brčko District Government is determined in its intention to pave the road to the family house of Anto Domić from the Croatian Democratic Union of Bosnia and Herzegovina (HDZBiH) with public money. At the proposal of the Government, the Assembly of the Brčko District, in its last session held at the end of October 2021, declared that the construction of this road is in the public interest. The same decision from 2018 was annulled at the Court of Appeals of the Brčko District.

It is about the road in Podarevac in the local community Skakava Gornja. It all started in 2015, when Domić, the then-mayor, proposed that 15,000 marks be planned in the budget for this purpose. He thus initiated a procedure, which entailed the expropriation of private land on the road route.

The owner of the private parcel, Filip Domić, opposed it and filed a complaint to the Court of Appeals, which in October 2020 annulled the Decision of the Assembly on the declared public interest.

The Center for Investigative Reporting (CIN) wrote about the expropriation of private land to build access roads to the homes of politicians and voters in the Brčko District.

“Public Interest” In The Service Of Politicians

However, the court decision did not stop the process. Although the process was taken back to the beginning, the decision on public interest came to the Assembly again.

Five deputies who spoke to CIN journalists before the vote claim to not know about the location of the road concerned or the decision of the Court of Appeals overturning the earlier decision on public interest.  Prompted by CIN’s story, Ina Pamukčić, an MP from the Alliance for a Better Future (SBB), asked for more information about the road but received no answer.

Mayor Esed Kadrić from the Party of Democratic Action (SDA) refused to talk to journalists. However, at the parliamentary session, he said it is a decision similar to thousands of other decisions that had been made in the Assembly for different roads before.

“All that sensationalism, the commissioned stories, etc. … Give it a rest. Let’s be a little more responsible and serious”, said Kadrić inviting the deputies to vote as they wish, without feeling pressured because they are being filmed alluding to the CIN journalists who observed the parliamentary debate.

“If a road in a local community is the only problem in this country… Which road uses the one who currently films this?  Are we all supposed to walk on the cobblestones?! Are we all equal in the community? Do we all have the right to utility and road infrastructure? What is the problem?”, Kadrić asked the deputies.

Although Abdulah Iljazović, a representative of the People and Justice (NiP), asked the mayor if the owner of the parcel agreed to the expropriation, he receive no answer. Instead, the deputy speaker of the Assembly, Ivo Filipović from the HDZ BiH, invited the deputies to immediately vote.

The majority of MPs present – 16 of them – voted in favor of the public interest decision, without asking additional questions. Deputies Iljazović and Pamukčić abstained.

Under the Land Expropriation Act of Brčko District, private land shall be expropriated from the owners based on a decision of the Assembly, rendered at the proposal of the Government, declaring that the construction is in the public interest. The Act does not require the institutions to reason such a decision nor does it allow citizens to appeal it. Moreover, the Act does not require the ower’s consent for expropriation either.

“This situation could get me on the wrong side of a politician. If he has a majority in the Assembly, he can easily say – your law office or your apartment – here, it is in the public interest, to be exploited and the Assembly makes a decision on the public interest (…) and now it belongs to the District”, says lawyer Darko Milićević.