The acting President of the Constitutional Court of Bosnia and Herzegovina (BiH) Seada Palavrić was selected by seven colleagues on the court as president of the highest judicial body in the country. She will hold the office until next May, when she is scheduled to be succeeded by a Serb judge, a succession stipulated by court rules. 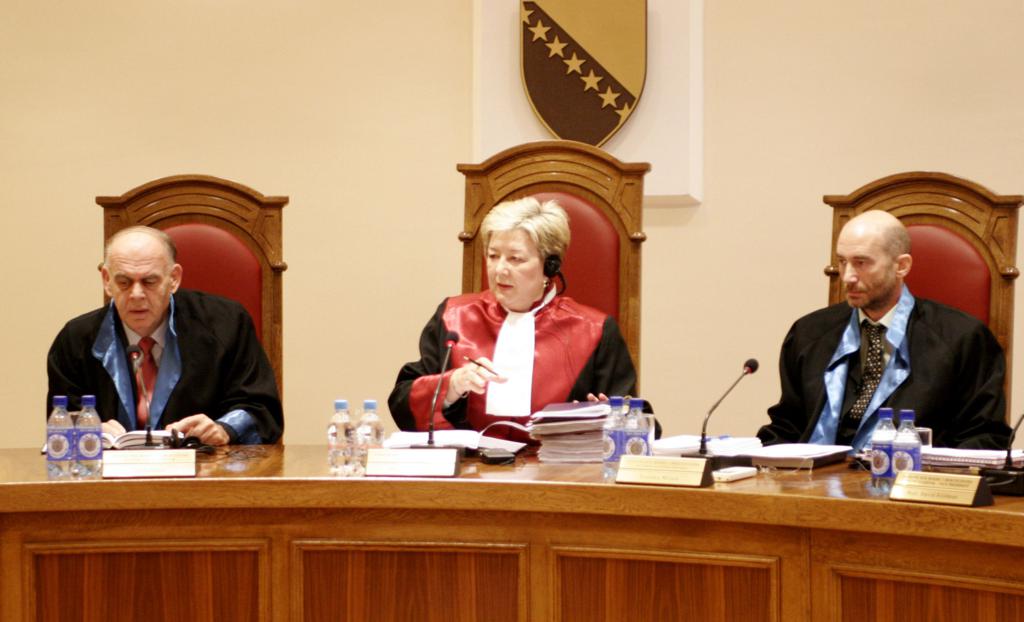 A former high official of the Party of Democratic Action (SDA), Palavrić was appointed the acting president several months ago following the retirement of her predecessor Hatidža Hadžiosmanović-Mahić.

Today, Palavrić won the backing of seven judges on the court at its 48th plenary session. The ninth judge, Constance Grewe, was on leave. During a break in the closed session, Palavrić told the Center for Investigative Reporting in Sarajevo (CIN) that she felt great because of the unanimous support she had received.

Asked if she thought this was because the seat had been reserved for a Bosniak judge, she answered: ‘I expected what God meant for me would happen’ She said that her priorities as the court’s leader will be the hiring of new and young employees ‘who will be capable of solving the enormous number of cases pending before the Constitutional Court of BiH.’

The only rival to Palavrić was a recently appointed judge, Mirsad Ćeman, who joined the court a month and a half ago and was sworn in today. Ćeman says he was a candidate for President of the Court, but removed himself because he thought it inappropriate as a new judge to take on the office of the president, who has both judicial and managerial duties.

‘I am overwhelmed by the responsibility to do this job in a professional manner’ he said. He said he refused to compete and the other judges’ support of Palavrić showed that his decision was correct.

Ćeman said he has been working with the court since August 20th, and that he has already taken on some cases he is preparing for the next court session.

Mato Tadić, a judge in the BiH Constitutional Court who served as president of the court himself, said he had no doubt who would be elected. Palavrić had an advantage because of her seniority in the court. ‘The Court has decided that at this point it would be better for the Court if my colleague Palavrić took this over, since we already have a series of things and activities we have to do, with regard to the Secretariat, because we had such an influx of cases, it’s catastrophic.’ Tadić points out that last month they received 450 new cases, which he finds ‘just horrible.’

Tadić said he thinks the president of the BiH Constitutional Court is only a first among equals. He said the president has more administrative duties, but ‘when it comes to the cases, the president’s role is not bigger. Here it is unlike in some institutions I’ve worked for before, like the Human Rights Chamber, where in instances of inconclusive voting the president would have the decisive vote.’

Seada Palavrić was born on November 10, 1954 in Tuzla. She attended schools there and graduated from Sarajevo Law School in 1984 and in 1995 passed her bar examination. She was a legal officer and a labor inspector in Tuzla. She was a secretary of the Tuzla Podrinje Canton Assembly and later the public attorney there. For years she has been a member of the SDA and served as its vice president. Her initial appointment to the court was seen by critics as an overtly political move that would work against a judiciary of members qualified by legal expertise.

Next May, according to court rules that move the presidency among ethnic groups every three years, the post will be transferred to a Serb colleague. The contenders likely would be Miodrag Simović or judge Krstan Simić, both on the bench now.