Mirko Šarović, president of the Serb Democratic Party (SDS) and state MP, and his wife Stojanka own six valuable properties in Belgrade, Serbia which he never declared in his asset declaration. While he denies having them, his wife says the opposite. 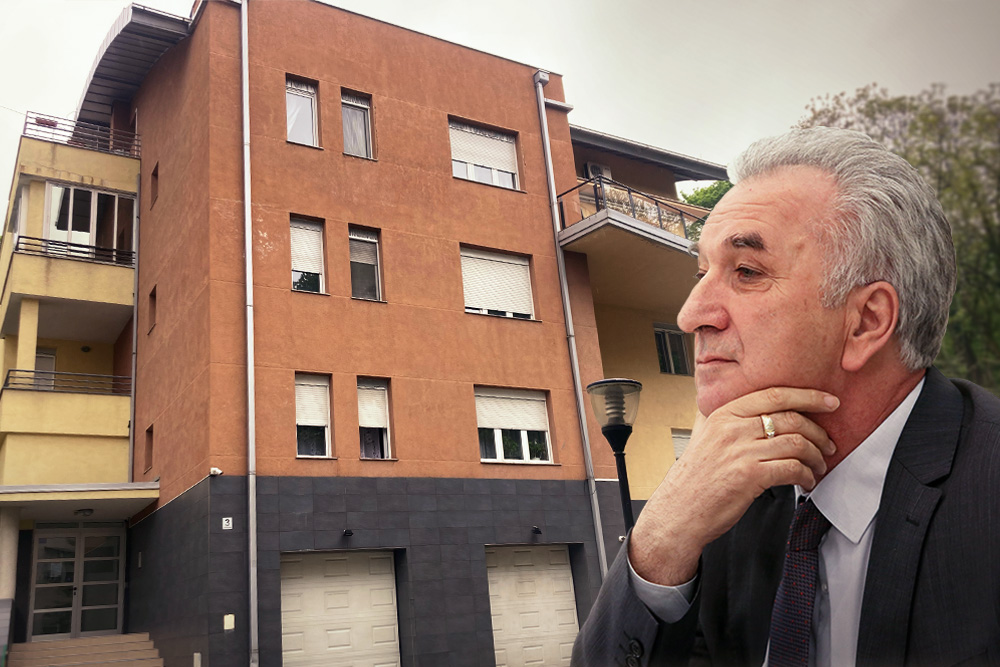 Mirko Šarović, SDS president and a member of the House of Representatives of the Parliamentary Assembly of Bosnia and Herzegovina (BiH), and his wife Stojanka have two apartments, a house, and three plots of land in Belgrade, Serbia.

According to Stojanka, they bought these properties from 1997 to 2008. Despite his legal obligation to do so, Šarović never declared these properties in his asset declarations. He had four opportunities to do so: in 2002, when he was a member of the BiH Presidency, in 2012 and 2015, when he was appointed State Minister of Foreign Trade, and in 2018, as a member of the State Parliament.

The apartment in Dedinje is the only real estate jointly owned by the Šarović couple, while the apartment in Vračar in the center of Belgrade, the house, and three plots of land in Zvezdara are all registered in Stojanka’s name.

The 39-square-meter apartment is located in a three-story building surrounded by greenery in a quiet part of Dedinje – a part of the Serbian capital known to the public for its luxurious villas and modern buildings occupied by celebrities. According to land documents, they have had this apartment since 2006. The name Šarović is written on one of the plates on the intercom.

He denied having this property with his wife, trying to avoid talking to a CIN journalist. The denial continued even after the journalist showed him the legal deed.

“She and I have nothing, I have nothing”, he replied shortly, adding that he has no property in Serbia, and Belgrade registered in his name.

Šarović did not want to talk about other real estates that his wife owns in Belgrade, adding that he does not want to speak on her behalf. However, Stojanka Šarović, unlike her husband, admitted that they have an apartment together in Dedinje and that they bought it with the help of his uncle: “Our son lived there while he was studying up there [in Serbia]. It was, for the most part, a gift from her husband’s uncle, who has lived in South Africa for fifty years.”

She claims they now have two apartments, while they sold the house with the land. According to her, they have owned real estate in this city since the end of the 1990s, but she could not remember the exact years when they purchased and sold the individual properties. She didn’t want to talk about purchase prices. The staff of the Serbian Cadastre also refused to provide journalists with this information.

Property Hidden In Serbia For Years

The house in Zvezdara was the first real estate that the Šarović couple acquired in the Serbian capital. This settlement, one of the most popular and peaceful settlements in Belgrade, is located near the city center. At the time, her husband was the mayor of East Sarajevo.

Šarović’s wife told CIN that she built the house together with her brother. According to her, it was built between 1997 and 1998. When the house was “transferred to me later on, I sold it”.

Along with this building, there were three other plots of land. These properties altogether, says Stojanka, were a little more than 400 square meters. Although she is still registered in the land register as the owner, she claims that she sold all the property in Zvezdara, but due to complicated property-legal relations, new owners have not yet registered their title deeds.

The joint apartment of the Šarović couple in the elite settlement of Dedinje is the second real estate they acquired. According to the real estate price register available on the website of the Serbian Geodetic Authority, the price of a square meter in this part of Belgrade today is worth at least BAM 3,800.

Stojanka claims she can easily prove the origin of the money with which they bought this apartment: “For the most part, one can check through my foreign currency account – for some seven, eight years (…)  where the money came for schooling and accommodation of my older son. The uncle had no children.” She said this apartment is being rented out now.

The next property they purchased in Belgrade was an apartment in Vračar. Stojanka says they invested the money from the sale of the house in the purchase of this apartment, which is now occupied by their son. She could not remember whether they bought it in 2006 or 2008. The apartment is located about 150 meters from the Church of St. Sava, the largest Orthodox building in Serbia. Due to the architecture and religious significance of this temple, this location is one of the most popular and most visited in the city. According to the real estate price register, the square meter in this part of the city today is worth an average of BAM 4,000.

According to the BiH Election Law and the Law on BiH Council of Ministers, each elected candidate and state minister is required to report the total amount of income and source of income from the previous year and all property: houses, apartments, land, businesses, business premises, and cars.

They are also required to report savings, the money they have in bank accounts, the value of shares, bonds, as well as debts. In addition to their own, elected politicians are obliged to report the property of their immediate family members in the asset declarations they submit to the Central Election Commission (CEC).

The CEC does not check the content of asset declaration reports nor does it impose any sanction for incomplete or false declaration of assets.

Two years ago, CIN wrote about Šarović not reporting in his 2019 asset declaration the house his wife owns in East Sarajevo. He declared only one-half of the house he owns in this town while failing to report all other properties.

Politicians Conceal Yachts, Condos, Offices and Land
High ranked politicians continue to conceal their property by ignoring the law which mandates that they must declare to relevant institutions everything they own.

His wife claims to have no knowledge of what he stated in his asset declaration, but she said that she has no reason to hide the property they have in Serbia: “I see no reason why he would not report it”.

Mirko Šarović has been a member of the SDS since its founding, and he has been the party’s president since 2019. During his political career, he was the mayor of East Sarajevo, the vice president and then the president of the Republika Srpska, and a member of the BiH Presidency. In 2003, High Representative to BiH Paddy Ashdown banned him from political activity for violating the Dayton Accords. He was arrested in 2005 on charges of organized crime and abuse of office and spent a year in custody. He was acquitted of the charges and collected compensation of BAM 100,000 from the state.

In 2011, the High Representative in BiH, Valentin Inzko, made a decision allowing him political engagement. Since then, he has twice been the Minister of Foreign Trade and Economic Relations, and since 2018 he has been a member of the state parliament. 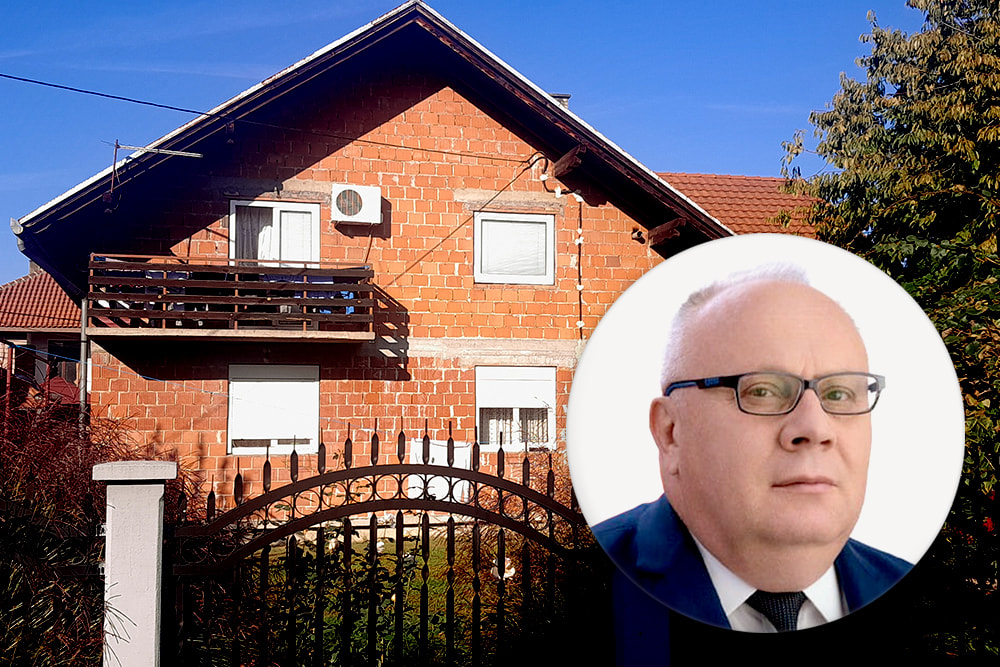 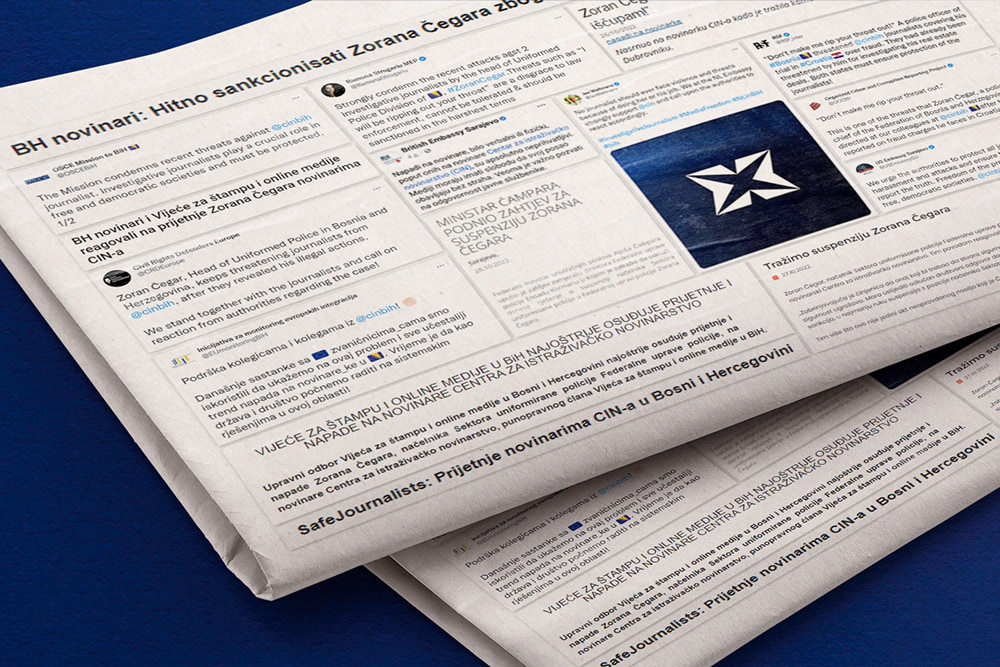 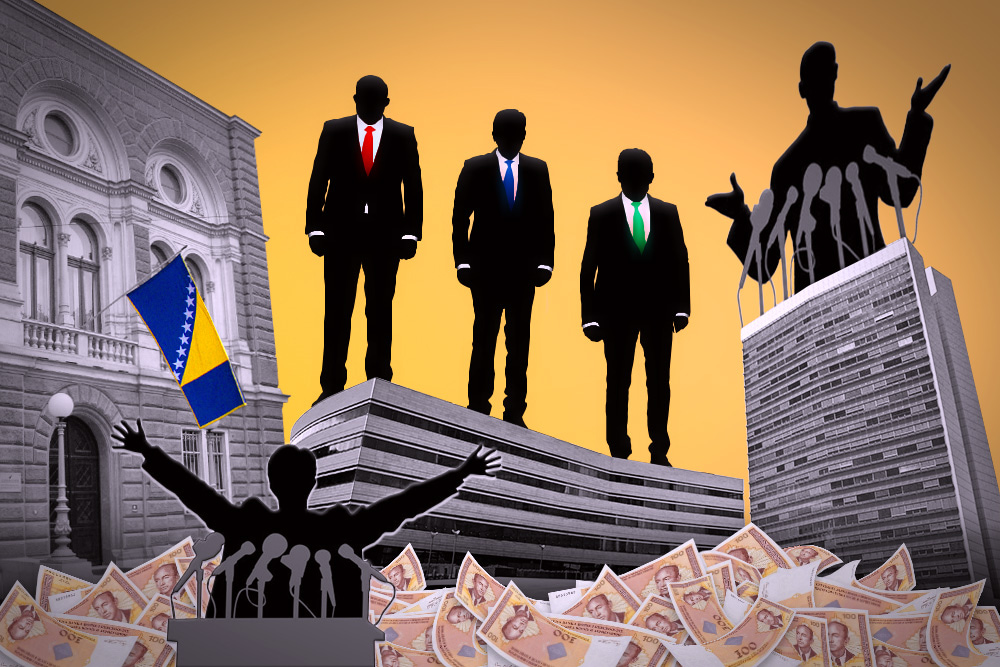 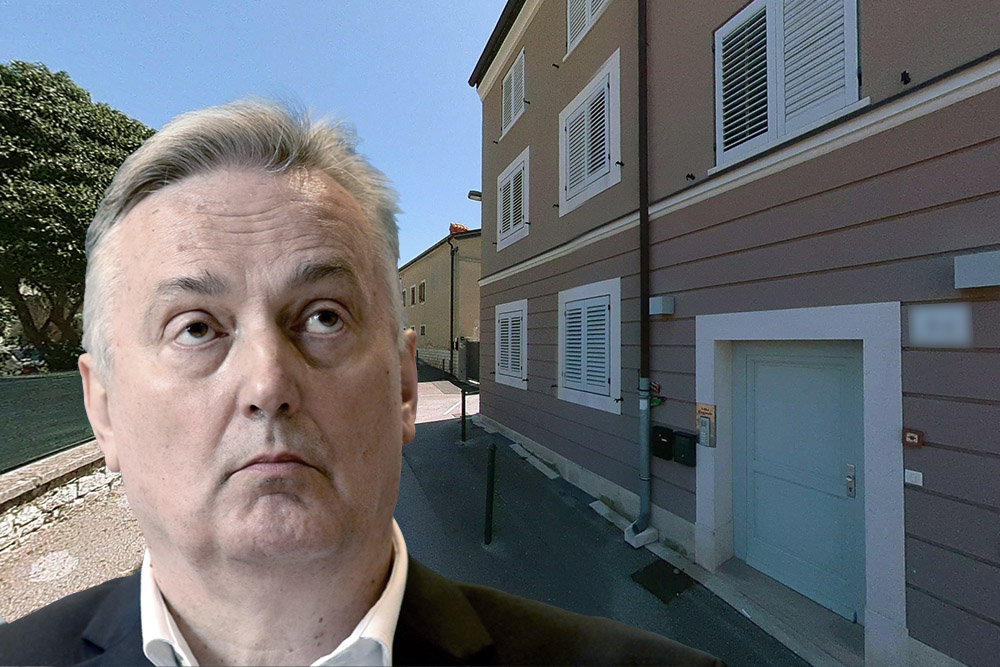 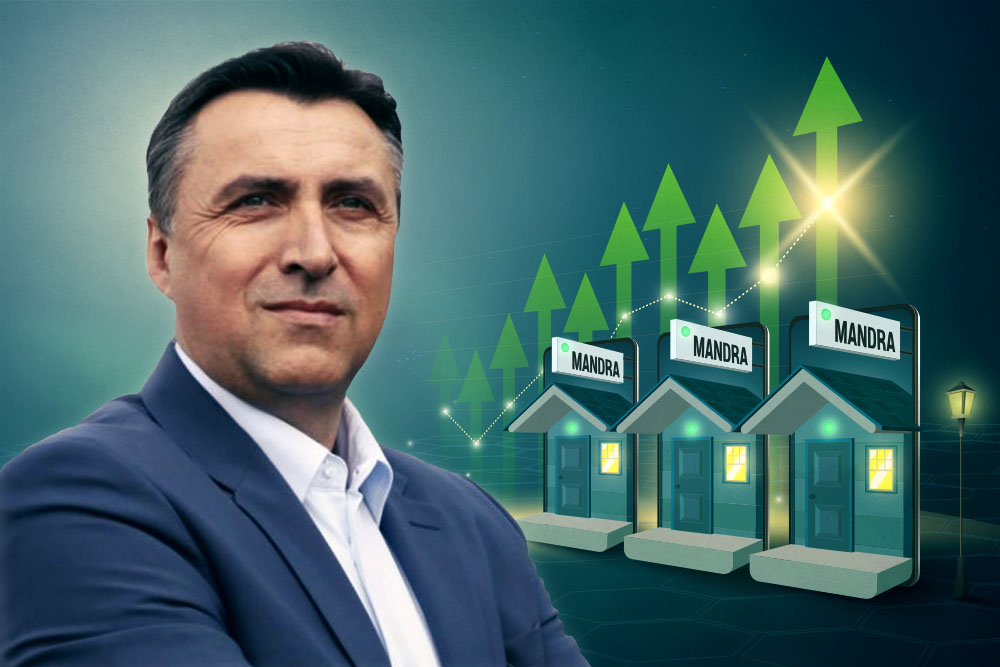 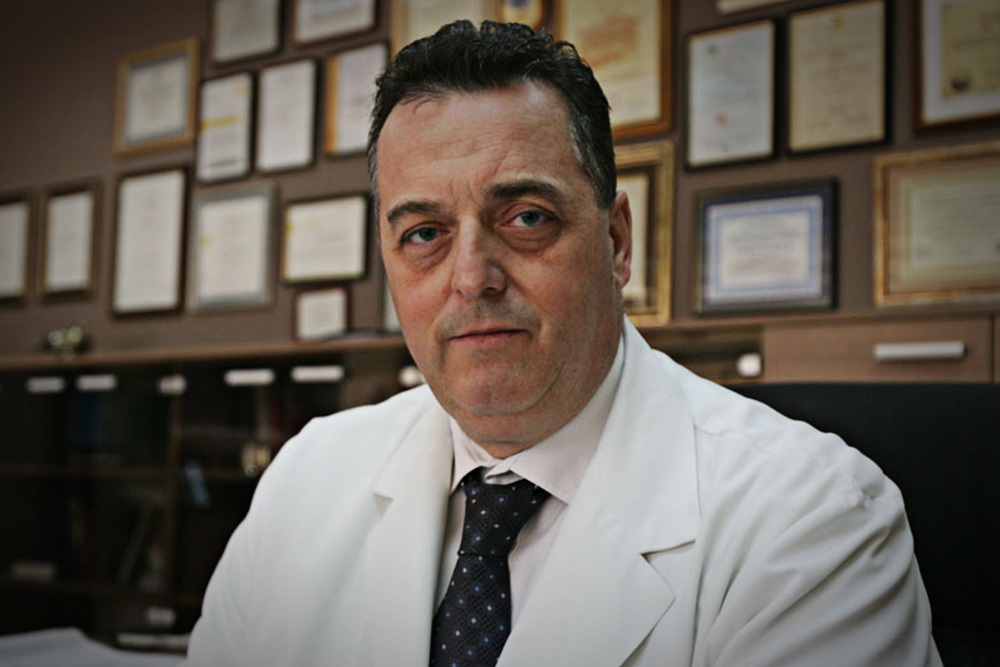