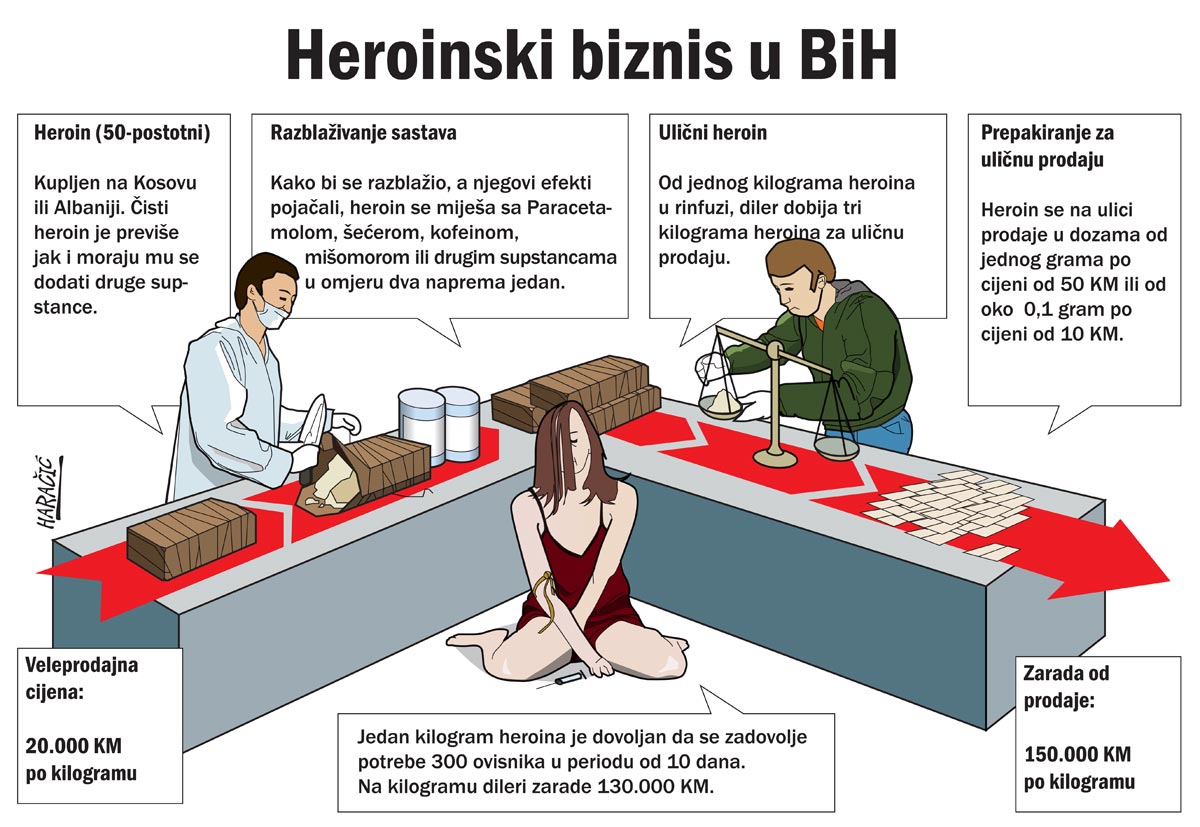 Šurković from Sarajevo and Jašarević from Zenice were arrested yesterday on suspicion of trying to flood the black market of Bosnia and Herzegovina (BiH) with drugs, the Center for Investigative Reporting (CIN) learned from police sources.

According to a press release, the police officers from the Department for Fighting Drug Abuse found 10 kg of a substance reminiscent of heroin at 42-year old Šurković.

Police had a tip that the drug was smuggled into the country and was intended for sale in BiH. “Obviously, this is a case of an international drug trade route,” Nermin Pećanac, Sarajevo Canton minister of internal affairs, told CIN.

Šurković and Jašarević were handed over to the Sarajevo Canton Prosecutor’s Office today.

CIN wrote earlier about the international networks for drug trade in which BiH nationals participated.

The former head of Novi Pazar police Suad Bulić told earlier CIN reporters that the drug clans send between 20 and 30 kilograms of heroin to Sarajevo every week. Most of the drug is repackaged and sent on to the Western Europe. A part of it remains at the BiH Market.