Former Prime Minister Milo Djukanovic hasn't been truthful about where his consulting firm Global Montenegro got its startup loan. It came from his family controlled First Bank, the same bank whose mismanagement led to a taxpayer bailout. Other family members also got great deals from the bank. 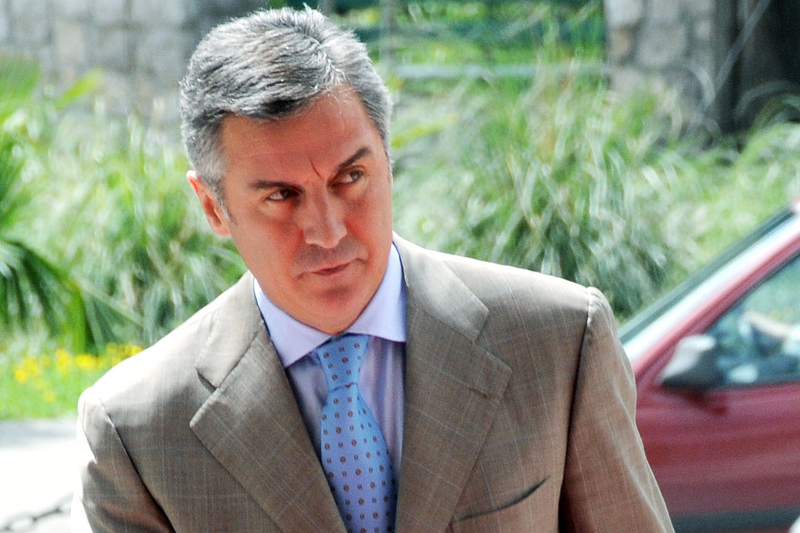 On Dec. 17 2008, the same day as the government’s €44 million bailout of First Bank with taxpayer money, then-Prime Minister Milo Djukanovic told a reporter in Ulcinj that Global Montenegro, his private consulting and management business, got its start through a loan.

“We took the first step, which was to prepare a good business plan and based on that we were given a €5 million loan from the Hypo Alpe-Adria-Bank,” said Djukanovic.

But that’s not what happened, according to internal documents obtained by the Organized Crime and Corruption Reporting Project (OCCRP).

In fact, the former Prime Minister’s company actually got startup money from First Bank and under circumstances the Central Bank believed was inappropriate. Central Bank documents show that on Feb. 26, 2007, First Bank approved a €3.1 million loan to the company for the stated purpose of purchasing land in Budva to build an exclusive residential development.

Real estate records provided to OCCRP from MANS show that Global Montenegro bought 20 hectares of land overlooking the coastal town. The land was bought for just over €3 million on Feb 20, a few days before the loan was approved and the owner confirmed he was paid on Feb 27, a day after it was approved.

At the time, Global Montenegro was owned by Vuk Rajkovic, a friend so close to Djukanovic that he served as best man at his wedding. First Bank is controlled by the former prime minister’s family and friends. The Central Bank has been critical of the bank for loaning money on favorable terms to persons connected with the ownership of the bank because it put the bank at risk by exposing it to the finances of a very small group of people.

In a report dated May 16, 2007 the Central Bank, the country’s banking regulator, noted that the loan was questionable.  The regulator said Global Montenegro was a brand new company set up only weeks before applying for the loan, and, contrary to Djukanovic’s statement, it had provided no business plan for their use of the money. It also had no information on the expected cash flow.

Despite this, the loan was approved.

The 3-year loan had a 12 month grace period during which interest was added to the loan. The money was to be repaid from the regular business activities of the company.

“Such approval of long term loans, in addition to grace periods, is not consistent with sound banking practices and control emphasizes that the bank, in the initial stage of granting loans, should consider the quality of the business ideas, monitor their implementation and release tranches of the loan based on the degree of completion,” the regulator said in a May 2007 report.

The report said these loans were risky and should be only granted in exceptional circumstances.

It was risky loans that contributed to the bank’s problems and an eventual taxpayer bailout of the bank. Government opposition has claimed that one of the state’s most valuable companies, Elektrorpriveda Crna Gora, was ultimately sold to save to private bank.

Global Montenegro was in fact not profitable and potentially risky. According to financial statements, in 2007 Global Montenegro earned €47,000 in revenues and a profit of €1,400. From 2008, when Djukanovic officially became a co-owner, through 2010 the company lost €2.2 million with revenues of just €178,000.

The company managed to get another loan from Hypo Alpe-Adria-Bank for €5 million which may have been used to pay off the First Bank loan. A mortgage on the land was filed in Hypo’s name in February of 2008.

The First Bank loan was partially secured by a €2 million deposit by the MIG Fond,

Milo Djukanovic
Photo by Vijestia Montenegrin based investment fund owned at the time by a group of Slovenian companies. MIG’s involvement also raised questions from the Central Bank.

Two months after MIG secured the loan for cash, they got a €1.5 million loan from the bank for the purchase of land zoned for construction.

The Central Bank found that the MIG Fund also got preferential treatment.

MIG was being paid 7 percent interest to keep their money in First Bank, a very high interest rate at the time.  But MIG’s loans from First Bank were charged at 6.5 percent, meaning the bank was losing money on the deal.

“The placement of funds at a lower interest rate than the set deposit interest rates represent an uncertain and shoddy business practice, which could result … in losses or damage to the bank,” said a December 2007 Central Bank report.

Djukanovic said Global Montenegro stopped doing business when he became Prime Minister. He told a reporter in December of 2008:  “After returning to office, I froze all activities on this project, and left it up to my partner to see what to do next, because as long as I’m in office I don’t want to be involved in business.”

But according to the Business Registry of Montenegro, Global Montenegro was established on Jan. 29, 2007, with two of Rajkovic’s companies listed as owners.  Djukanovic officially became an owner a year later, just days before being reappointed Prime Minister.