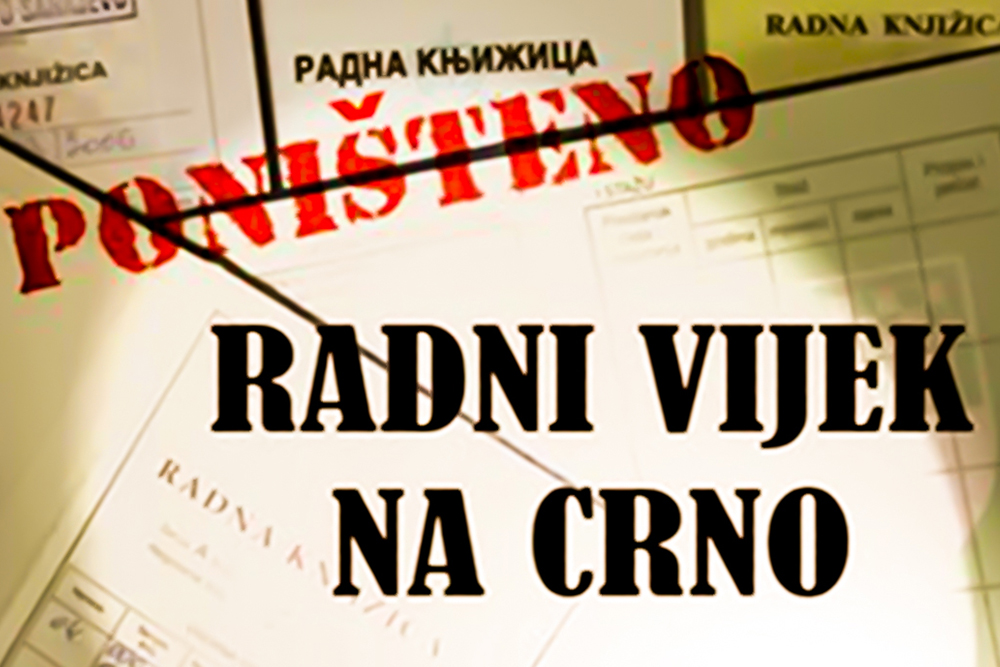 Not only employers take advantage of lax worker registration rules. Some workers have learned to exploit the system.

Young people seeking their first jobs may be the biggest group of offenders.

Ranka Mišić, president of the Association of Unions of the Republika Srpska, said workers in their 20s often think they have no need for health care and their retirement is decades off. They are more than willing to agree to bosses who offer higher salaries in exchange for working unregistered.

At the other end of the age spectrum, pensioners are frequently willing unregistered workers, union officials say. Taking a job that brings them to the attention of state authorities can cost them their pensions. What older workers really want is money to supplement pensions that are too small. They don’t want any questions asked.

Workers in companies that are in financial trouble often work second jobs – often as unregistered workers — so they can collect wages but still hold on to jobs in places where they have years invested. They hope, sometimes against all reason, that their firms will revive and catch up on lapsed contributions, and thus enable them to retire on time.

Ilija Kalajdžić, president of the Brčko District Union, said war widows can receive pensions and free healthcare from state – unless they are registered workers in their own right. That gives them an incentive to seek jobs where they are not registered. Like pensioners, they don’t want to lose state benefits, only stretch them with the addition of a salary.

Unemployed workers also have a big incentive to enter the black market. If they register with the BiH Employment Bureau, the state pays their health insurance. By taking jobs on the sly without registering they can also collect a small salary. Prism Research reports that nearly 69 percent of workers informally employed are still listed as unemployed with the Employment Bureau.