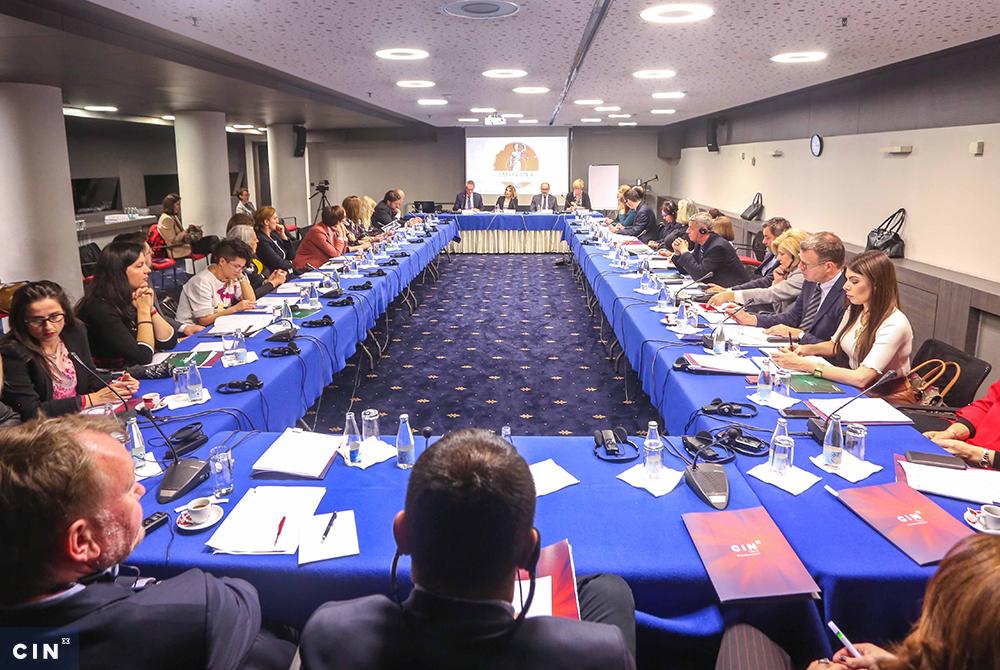 Judicial transparency and asset disclosure of members of the judiciary is in public interest and will contribute to judicial accountability, concluded the panelist of “The Public’s Right to Know: Asset Declarations of Members of the Judiciary” organized today by the Center for Investigative Reporting in Sarajevo (CIN).

The occasion for the panel was CIN’s publishing of a database of judges and prosecutors’ asset declarations and it gathered representatives from judiciary, international community and civil society organizations. The database contains biographical profiles and information about real and movable property and court or disciplinary proceedings concerning 29 judges and prosecutors in Bosnia and Herzegovina (BiH).

“These matters, publishing and this type of transparency are important to citizens,” said CIN’s deputy editor Mirjana Popović. “We took it upon ourselves to help return trust into judiciary overall.”

Aneta Arnaudovska, anti-corruption expert at the Regional Anti-Corruption Initiative, speaking about the practice of publishing asset declarations in the region said that there has been no standardized procedure, but all countries found a mechanism to make these records available.

“Asset Declarations are not here to establish whether a judge is rich or poor, but are an anti-corruption measure,” said Arnaudovska.

Milan Tegeltija, the president of High Judicial and Prosecutorial Council (HJPC) said that CIN’s database is a step in the right direction, but could not be an alternative to financial reports of judges and prosecutors and would not solve the issue of making them public.

He said that HJPC tried to solve the issue of publishing asset declarations through the Rulebook that the Council had adopted. However, the Personal Data Protection Agency contested this legislation and there’s judicial review of it.

Petar Kovačević, the director of the Personal Data Protection Agency, said that back in 2015 the agency concluded that HJPC arbitrarily “and thus illegally” cited privacy concerns when justifying its refusal to make judicial disclosures public.

The panelists talked about the balance between respecting the privacy of judges and prosecutors and the public’s interest to have access to information about their property.

“Many European countries saw themselves confronted with the dilemma whether this is private information, but they found a balance between that and transparency,” said Reinout Vos, the ambassador of the Kingdom of the Netherlands to BiH.

“There are ways to learn from global experience how to do this in the right way,” said Marie Bergstrom, he head of Swedish Development Cooperation.

Julien Berthoud, European Union Special Representative in Sarajevo said that independent, unbiased and accountable judiciary is the key for a democratic society.

“Special attention should be paid to publishing the property of judicial officials,” said Berthoud. “The aim is clear – more transparency.”

Disclosures of asset declarations was met with resistance by certain members of judiciary. The Court of BiH Judge Minka Kreho said that it jeopardized the safety of judges and prosecutors.

“A target is on their back,” she said.

The majority of panelist beg to differ.

“Their safety exists or doesn’t exist. There are agencies tasked with that. If CIN has endangered that, than this country has a much bigger problem…” said Srđan Blagovčanin, the chair of Board of Directors at Transparency International BiH. “Today’s discussion is a contribution to the picture of how far we are away from an agreement about the importance of this issue.”