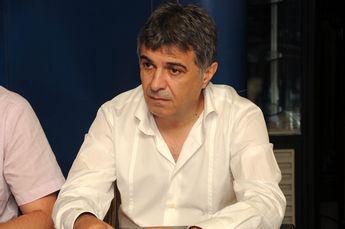 Banking law is very strict on how much a shareholder can benefit from a bank. These regulations are intended to prevent abuse. But Central Bank documents show that the First Bank violated the rules to provide preferential treatment for one particular shareholder: Vuk Rajkovic, the best man of Milo Djukanovic, former Prime Minister of Montenegro.

In March 2007, Rajkovic was appointed president of the bank’s board of directors and as a member of the supervisory committee responsible for overseeing its compliance with regulations. But instead of making sure the bank followed the rules, in his case, the bank did the exact opposite.

When Kia Montenegro, a car company owned by Rajković, asked Hypo Alpe-Adria-Bank for a €3 million loan, it needed to provide some security for the loan in case it didn’t pay the money back.

The choice was obvious.

Kia’s loan from Hypo Alpe-Adria-Bank was secured by a promissory note from First Bank – a commitment to repay the loan should Kia fail, issued on Oct. 8, 2007. But First Bank did not register the note in its own books, nor did it notify the Central Bank and the Loan Registry, a repository of information on all loans issued in Montenegro.  This failure constitutes a violation of the Banking Law.  The loan registry catalogues all loans and a bank can check whether a loan applicant has preexisting debt.

But the unregistered note should never have been issued in the first place. At the time, Rajkovic’s other company P&G Agency already had two loans at the bank worth €1.5 million.  According to a rule on related party exposure, loans to connected parties cannot exceed 10 percent of the bank’s paid in capital, which is a measure that ensures that the bank is not too vulnerable to a single debtor.

With the new promissory note, the bank’s exposure to Rajkovic’s companies exceeded twice the allowed percentage, according to a December 2007 Central Bank report.

The promissory note remained unsecured until nearly two months later, when Aco Djukanovic, the bank’s single largest shareholder, personally deposited money to be used as collateral once the Central Bank raised the issue after a bank examination.

The Central Bank questioned the decision because it said that the company had low profits and did not have enough working capital.

According to the banking law in force at the time, the bank cannot give related parties “more favorable conditions than to non-related parties.”

In addition to the KIA guarantee, three of Rajkovic’s other companies – Global Montenegro, Juventa, P&G Agency, and Rajkovic himself received loans with favorable terms from the bank.

At the end of December 2006, before his appointment, Rajkovic’s company P&G Agency got a €1 million loan for working capital. The 5-year loan included a one year grace period.

Two months later, a company he had just established – Global Montenegro — got a €3 million loan to purchase land in Budva even though it was formed just weeks before.  One year later, Djukanovic became an official partner in the company- just days before he returned to the premiership.

In December, First Bank issued another guarantee to KIA Montenegro worth €100,000.

The Central Bank had criticized bank’s practice of treating special clients preferentially especially by giving them long grace periods. The regulator was concerned that in the case of KIA Montenegro, the bank only checked its creditworthiness and considered financial info when the loan was approved, but failed to monitor their financials afterwards, which increases the bank’s exposure to risk.

The documents detailing a loan to Rajkovic’s third company Juventa, a wholesale firm, are missing.  But Central Bank reports show that on February 2010 Juventa owed €34,198.  The regulator was alarmed that the original loan was secured with a mortgage a full 17 months after it was first approved.

The collateral proved to be important because the available documents showed that Juventa had been 210 days late with repayment, at which point another annex was signed, restructuring it to add an extension plus an additional grace period.

The Central Bank wrote in its May 2010 report that the restructuring was a consequence of poorly structured loans to begin with.

On Aug. 8, 2008, the bank approved a personal loan to Rajkovic of €534,673 for housing purposes. The money was to be repaid in a lump sum after 18 months. He secured the loan with a mortgage on a family apartment building, real estate worth just above the loan value: €558,776. Even though according to the original terms of the loan it should have been repaid by now, land records show that the mortgage still exists for the house.

The Central Bank found issues with the loan because the documentation lacked information on Rajkovic’s creditworthiness. Not only was the paperwork incomplete, said the regulator, but the loan was poorly structured, with no analysis of related parties or risk of bank exposure.

Reports from the Central Bank show that the regulator was alarmed about the level of exposure held by Rakjovic and his four companies, some of which were unprofitable.

Favors in a Crisis

P&G Agency had two sets of collateral in total value of €835,000 in December 2008, just two weeks after the bank was bailed out with €44 million in taxpayer money. The bailout was necessitated by a severe liquidity crisis caused, among other things, by bad lending practices practiced by the bank during Rajkovic’s tenure on the Board.

These two deposits had been there to secure the loan, but during the time of crisis, Rajkovic was allowed to withdraw them.  First Bank never explained why, or provided all documents requested by the Central Bank.

Rajkovic was appointed to the board on behalf of Monte Nova, Aco Djukanovic’s company that privatized First Bank.  In February 2007, P&G Agency owned 6.7 percent of the bank, but its percentage of ownership shares was reduced to two percent in 2010 following the bank’s recapitalization, in which Rajkovic did not participate.  In September 2007, Rajkovic bought €94,000 worth of shares.

When he was appointed president of the board, Rajkovic had no banking experience. The Central Bank repeatedly criticized the failings of internal control in the bank, which Rajkovic was supposed to oversee.  Examiners complained that there were many irregularities that internal control would miss, and found that still others were identified but not remedied.

The poor lending practices led to problems of liquidity which led to a taxpayer bailout.  Eventually, it was only the privatization of Elektropriveda Crna Gora and a €192.2 million cash infusion from the Italian purchaser that saved the bank.