Everything seems to be stacked against small business operators in BiH. Entre-preneurs can expect little or no help from banks or government bureaucrats to get started, and once on their feet, they face high taxes and tariffs. Small businesses can often power a vibrant economy, but it is not happening here. 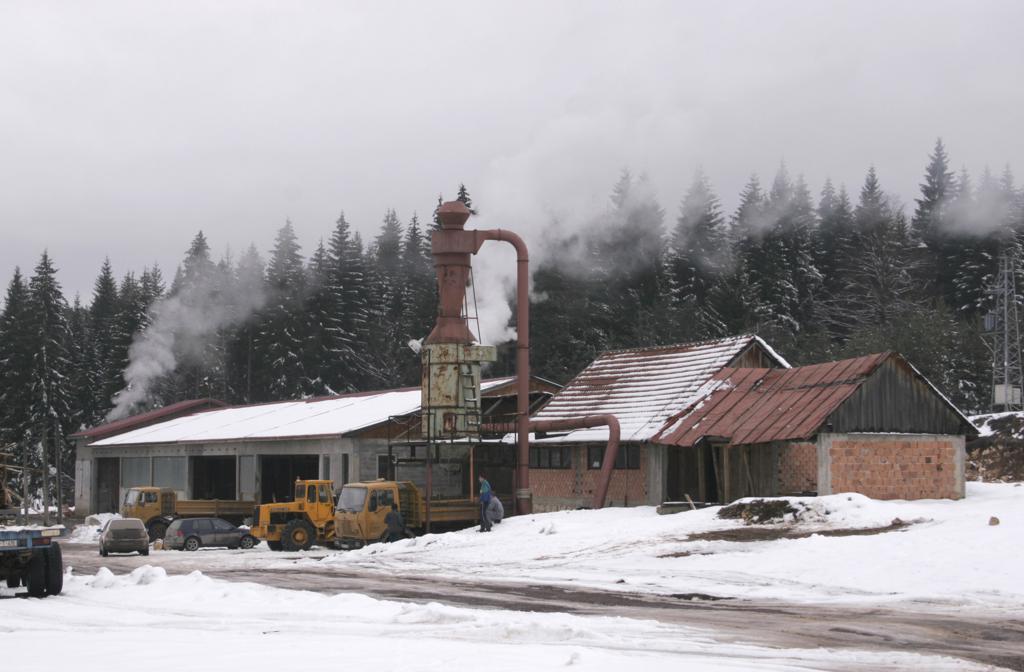 Hajrija Arnautović, a 51-year-old single mother of two, doesn’t like to recall the time four years ago when she started her own business.

The tailoring firm where she’d worked at for 15 years went out of business, so it had seemed the right time for her and a co-worker to try running their own place. And soon they did attract more work than they could handle. But within three years they too had shuttered their business.

‘We worked like slaves from sunrise to sunset and at the end of the month we would earn about 2,000 KM. Half of that would go to the state and finally, tired of it all, we closed the shop’ said Arnautović. She now works for a bed sheet manufacturer in Sarajevo.

The World Bank says Bosnia and Herzegovina (BiH) taxes eat up more than 44 percent of business profits. Out of 175 counties, the World Bank ranked BiH at 90 for tax burden. Croatia was 34 and Serbia 53.

Taxes are one reason that there are fewer small and medium enterprises in BiH than anywhere else in Europe. Only a few nations in the former Soviet Union such as Georgia and Kyrgyzstan are worse off.

In a new report, the World Economic Forum ranked BiH down with Bolivia and Bangladesh and behind all other former Yugoslav republics in its openness to new business. BiH was 106 out of 131 countries polled. Slovenia came in at 39, Croatia at 57, Montenegro at 82, Serbia at 91, and Macedonia at 94.

‘The most problematic factors for doing business’ in BiH, according to the Forum, are government bureaucracy and political instability, corruption, crime and theft, taxes and access to financing. The Center for Investigative Reporting in Sarajevo (CIN) also found that small businesses are hobbled by their inability to collect debts and by competition against lower-priced goods brought in by smuggling.

The odds are stacked here against small businesses, and this poses a problem for every citizen. Where they exist, small businesses are important sources of innovation, employment and integration into Europe.

The first hurdle a new small businessman is likely to face is raising enough money — including the 2,000 KM ‘founding capital’ the law requires new businesses have on deposit to insure coverage of liabilities — to even get off the ground.

Banks here are little help and do not lend to new businesses in general, said Davorka Rebić-Kraina, an advisor to companies at HVB-Central Profit Bank. She said this was ‘a managerial decision’ not based on any experience or studies that she knew of. Most other large banks maintain similar policies.

Business advisor Emir Medanhodžić, the owner of ProBeneFit Consulting, says the first year is when a business is most likely to fail, and it is crucial for them to receive financial support during this period.

‘Small companies can tilt in a matter of minutes’ he said. ‘If two or three clients fail to make a payment, they are dead.’

Businessmen complain that they can’t get decent interest rates. They want access to loans at rates of around 4 percent, closer to what competitors in the rest of Europe are offered. Instead, local rates range from 7 to 8 percent and go higher, depending on payment deadlines, loan history and the amount.

Both entities have opened development banks which should be a source of help for new small businesses. But the Federation of BiH (FBiH) bank has loaned mainly to larger firms and the Republika Srpska (RS) bank, only four months old, has yet to make a loan.

The 52 microcredit organizations that operate in BiH are another source of funding for entrepreneurs who have too little collateral or credit history to persuade commercial lenders. But they can be even more costly. One Sarajevo businesswoman who recently sought a short-term loan for operations at her printing shop went to LOK microcredit. Documents show that it offered her an effective interest rate of 32 percent over two years on a 15,000 KM loan.

She found the money she needed elsewhere.

Senija Raković of Bosanski Novi wanted to borrow 400,000 KM in 2006 to expand her goat milk plant that bought milk from farmers in remote areas like Cazin. Her plan was to buy 3,000 goats and distribute them to some 80 local farmers, who were to pay her back in milk. Rasim Begić, also from Bosanski Novi, had 100 goats at the time and hoped to double that through Raković’s plan.

Commercial banks found the idea too risky and the Municipality of Bosanski Novi offered no assistance. Mirjana Pašić, chief of the municipality’s Agriculture Department, said they could not find an investor interested in the project.

The plant went out of business earlier this year and Begić had to sell off even the goats he began with.

Pero Ćorić, an economist with the RS Chamber of Commerce, agrees that banks and their policies on business loans obstruct the development of small businesses. In the next two years, he predicts, some 20 percent of small BiH companies will go bankrupt.

If You Find Capital, Your Problems Are Not Over

Businessmen with all the money they need to start a company will struggle over other hurdles. One is enduring the expenses and long delays of legally incorporating.

It can take 54 days and up to 4,000 KM to open a business in BiH. This is exclusive of buying or renting property or building a warehouse. It also excludes the cost of acquiring zoning and construction permits. In contrast, you can incorporate in 15 days in Macedonia, 23 in Serbia and 40 in Croatia. Montenegro charges €1 to register a new business.

Vaso Gurović, director of the Agency for Development of Small and Medium Enterprises of the Trebinje region, said construction permits are a major hold-up in building a business facility.

‘It might take a year to complete a procedure of getting those permits’ he said.

A State that Takes, Not Gives

New businesses are subject to some 50 inspections by agencies ranging from financial police, labor, market, sanitary and health inspectorates, to fire-fighting, cultural and environment officials. The inspections, said Aleksandra Bijedić, an economist with the RS Chamber of Commerce, mean officials are micro-managing companies on issues as minor as whether they have soap in their restrooms.

Companies also pay pension and health fund costs that are a crushing 69 percent of employee salaries in FBiH and as much as 57 percent in the RS.

The chamber said high water and power tariffs further oppress small businesses. Commercial users typically must pay more than households, but small businesses say it is unfair that they get charged the same high rates as major firms and industries.

Tariffs for waste collection are also inflexible, Ćorić said. A company with only 100 square meters of work space likely to fill up just a container a month will pay the same 5,000 KM for trash pickup as a big firm producing much more waste..

Lack of Interest in Starting Businesses

Business is hampered not only by all these government and money issues, but also by a lack of sophistication and commercial knowledge on the part of entrepreneurs.

Belmin Agić, an economist for the Brčko Municipality Economy Department, said he has seen too many prospective businessmen who lacked vision or awareness of what they wanted to achieve.

‘I’ve got a friend who invested money to construct a building and I asked him what he wanted to do with it’ said Agić. ‘He said he had no idea, but he would think up something along the way.’

It is so hard to open and run a business that many are discouraged from even trying.

Gurović of the development agency in Trebinje, said young people there settle for government jobs.

‘Private business means more work and responsibility’ he said, ‘and young people are not interested in this because they want a less burdensome job.’

Amer Balić, who is a graduate student at the Sarajevo School of Economics, is working as a business analyst and consultant tor a company that produces accountancy software and applications. At 23, he said he does not plan to start a company.

‘You are full of ideas and you think you’ve got the whole world in your hand’ he said, ‘but that’s not so. The problems start there and then you simply have no courage, no matter what the idea, to start a business under these conditions.’

In the original story, ‘BiH’s Bleak Business Atmosphere’ Amer Balić’s age and job description were listed incorrectly. Balić was 23 at the time and a business analyst and consultant for a company that produces accountancy software and applications. Balić is now a graduate student of marketing in the Sarajevo School of Economics and active in civic affairs. The above story reflects the corrections. CIN regrets the errors.