Officers of the Doboj Police Department discover illegal exploitation of gravel on the Bosna River worth more than two million BAM. 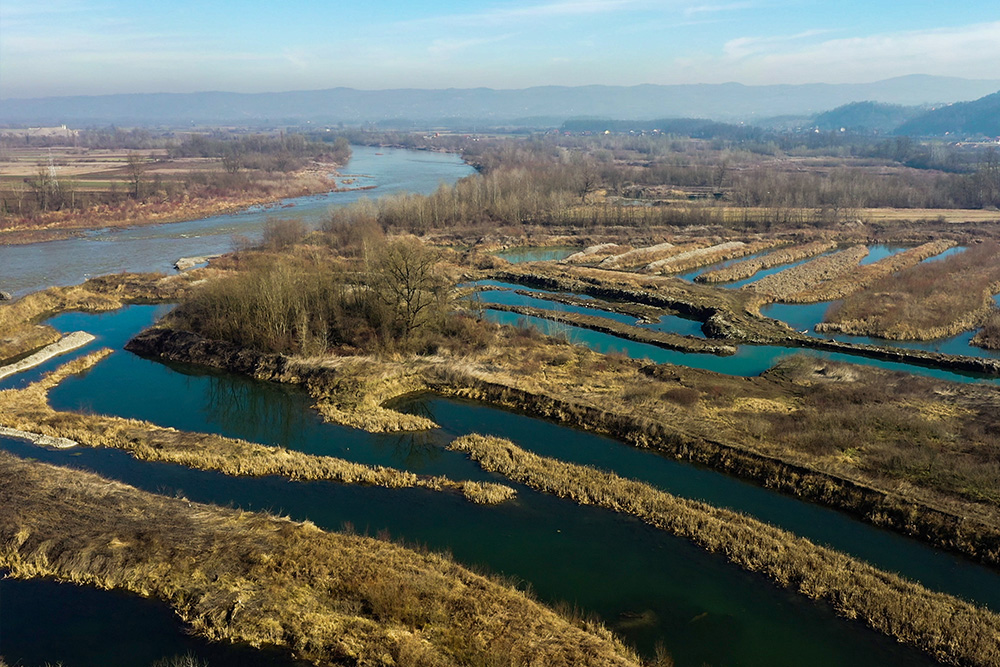 In late September 2021, the Doboj Police Department filed a report against owners and employees of Drvoprerada Đurić from Derventa and Plosko from Doboj with the Doboj District Public Prosecutor’s Office on suspicion of illegal exploitation of gravel on the banks of the Bosna River.

Pero Đurić, owner and director of “Drvoprerada Đurić”, is suspected of having exploited more than 240,000 cubic meters of natural gravel and sand from the banks of the Bosna River from 2017 to March 2021, which he sold to domestic customers. According to the data of the Police Department, the value of the excavated gravel exceeds BAM 2.3 million.

Having been selling the sand and gravel without paying mineral resource fees he thus damaged the budget of the Republika Srpska (RS) and the City of Doboj by almost BAM 141,000.

Also, Nenad Ploskić is suspected of ordering the workers of the “Plosko” company to exploit, transport, and separate gravel and sand in the area of Doboj, although the company had no required permits to do so. According to the police report, they have been digging the gravel until 13 April 2021.

The informal group of citizens “Za legalnu i kontrolisanu eksploataciju minerala u slivu rijeke Bosne” [For legal and controlled exploitation of minerals in the Bosna River Basin] addressed the RS Ministry of Agriculture, Forestry and Water Management with an initiative to change laws and bylaws to improve watercourse management.

“To improve that area, we proposed that the public institution Vode Srpske be included in the process of monitoring the control of those gravel pits. So far, only five inspectors were responsible for carrying out the control. They would go from Trebinje to Novi Grad, as they tell us, crossing 30,000 kilometers”, says Ljubinko Đurić, the Group’s coordinator.

The Ministry claims to have not enough inspectors and that the Water Act needs to be harmonized with the law in the Federation of Bosnia and Herzegovina and the standards of the European Union.

“Realistically, we are striving to change the Water Act and we have already prepared [amendments]. We are carrying out our procedures and undertaking activities, we are preparing, but it is a much, much broader story than just gravel”, said Milan Gavrić, Assistant Minister.

Promised Land for Illegal Gravel Extractors
Illegal gravel operations have eroded the river beds in the Republika Srpska. Firms and individuals who are not licensed to dig gravel have not only appropriated this public good, but also threaten the security of local communities living near these rivers. Officials are aware of this issue, but are doing nothing to solve it.

CIN wrote about the illegal exploitation of gravel a year ago. The journalists toured the strip of about twenty kilometers of the Bosna Riverbank in Šamac and Doboj and came across hundreds of thousands of square meters of dug river banks. The public company Vode Srpske explained that illegal gravel mining can be prevented only by the police and the RS Inspectorate, which can impose sanctions on gravel miners working without permits. Only then did the journalists learn of an insufficient number of water inspectors to control the illegal gravel pits. The investigation showed that the authorities do not know how much of this material has been illegally extracted and sold.