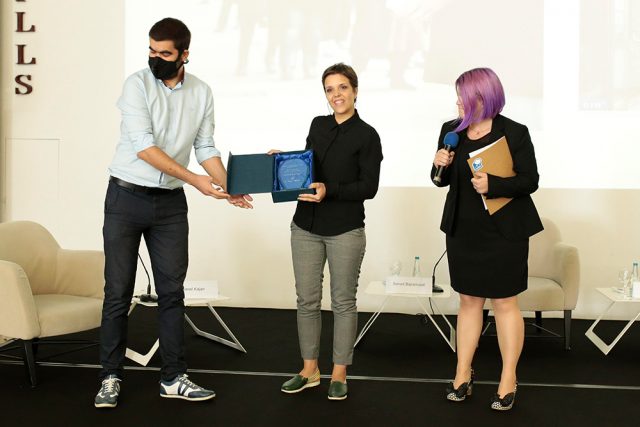 Sadeta Bajrović, a CIN journalist, is the winner of the “Eco Journalist” Award awarded by the Center for Civil Society Promotion (hereinafter: Centar za promociju civilnog društva or CPCD). The award-winning story “Citizens Finance Harmful Private Businesses” explains the system of financing electricity generators from renewable sources, the way of collecting money from citizens through electricity bills, and the damage that electricity generation plants cause to nature.

The research made by Bajrović has shown that by incentivizing the operation of RES electricity generation plants, which was supposed to protect nature, the large sums of money provided by citizens each month have turned electricity generation into a lucrative business with little investment and even lesser care for the environment.

Over six years, Entity authorities have distributed at least 207 million marks mainly to private companies as an incentive for the generation of the so-called “clean electricity”. These companies own 525 small hydro, wind, solar, and biomass, and biogas-fueled plants, generating about two percent of the country’s total electricity generation.

The citizens interviewed by the CIN journalist did not know that they were incentivizing the work of these plants, and the reactions after the publication of the story showed that many citizens for the first time learned about who gets the money from the fee they pay every month with the electricity bill. The more the plants that are entitled to incentives, the bigger the electricity bills of the citizens.

As part of the research story, the journalist created a database of information on who in Bosnia and Herzegovina in the last six years received incentives for the electricity generation from renewable sources, by the amount of incentive, the type of plant, and the volume of generated electricity. The research has shown that the most money from incentives was allocated for small hydropower plants, which cause greater damage to the environment than other plants.

The “Eco Journalist” Award is awarded in three categories related to environmental protection: for the best media text, audio/video, and photography. More than 70 applications in all categories were submitted.

The awards were presented on August 26 in Sarajevo at the annual conference of the project “Think Nature!” organized by CPCD.