The Center for Investigative Reporting in Sarajevo (CIN) created an online database about donations to medical institutions in Bosnia and Herzegovina (BiH). The database features information about 176 million worth of donations which firms, associations, organizations and individuals have given to 32 hospitals.

Among the donors are wholesale medical supply traders which donated 2.2 million KM worth of medical equipment to seven hospitals and then snagged contracts for chemicals and other supplies worth nearly 14.7 million KM. You may find information about these contracts also in the database.

Sometimes the contracts were publicly advertised with donors being the only bidders and other times they were negotiated through several closed bids due to “exclusive rights”. A CIN investigation found that donors are seldom the only suppliers of chemicals around, but they have carved out the market in order not to compete with other suppliers. Officials from the BiH Public Procurement Agency say that this way of doing business does not accord with the Law which stipulates equal treatment of all suppliers.

Businessmen Donated to Hospitals, Then Profited

CIN reporters filed open requests with 34 hospitals for the records on donations from 2010 to 2017. Nevesinje Hospital and Special Hospital for Physical Medicine and Rehabilitation “Mlječanica“ from Kozarska Dubica answered that they received no donations. 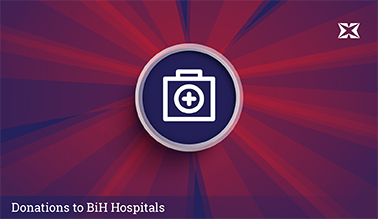