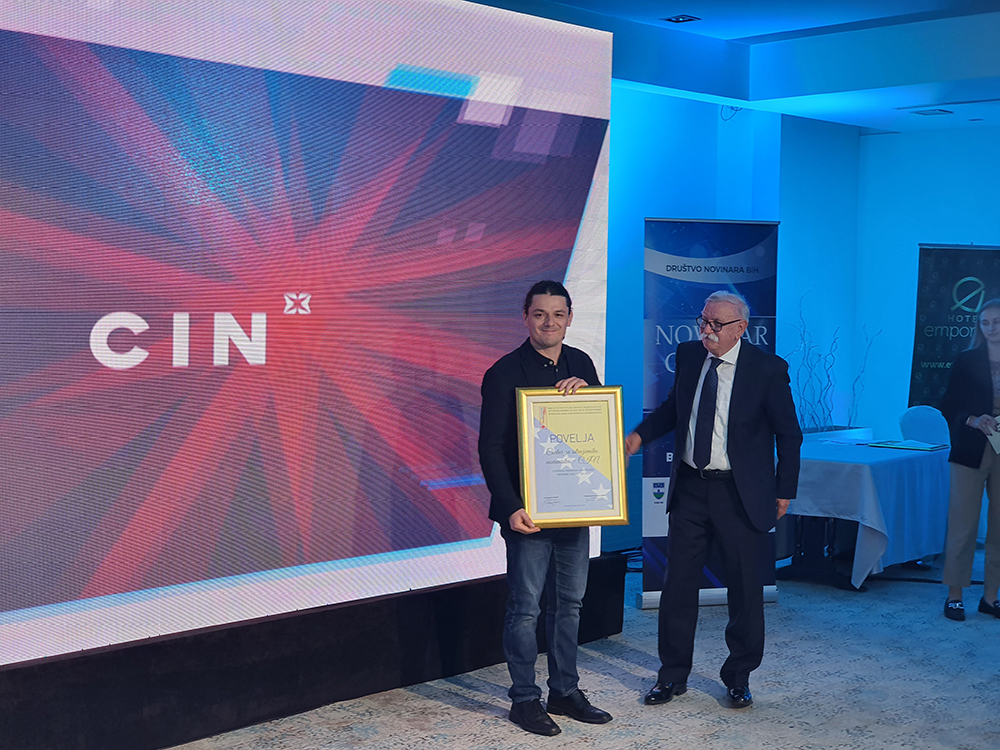 The Center for Investigative Reporting (CIN) received the 2021 Best Journalist of the Year Award from the Association of Journalists of Bosnia and Herzegovina (BiH).

Two special awards were presented to Hasan Arnautović, a cameraman from Bihać, and to the Guerrilla portal from Banja Luka.

Journalist awards were presented today at an event in Bihać. This is the 26th award ceremony organized by the Association of Journalists of BiH.