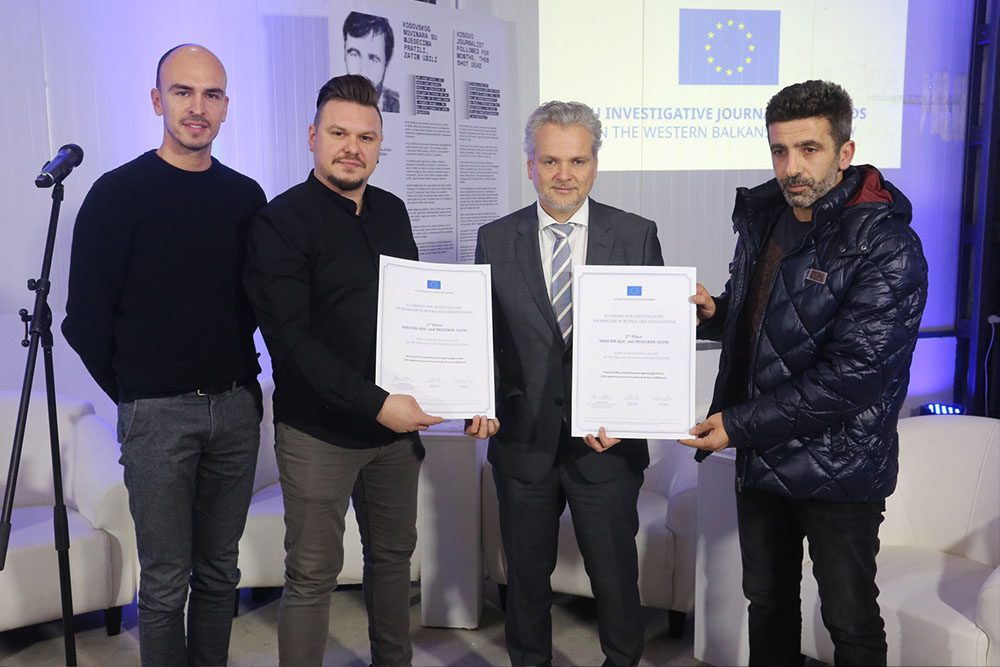 “Vote selling network exposed by CIN journalists” is a story by Mubarek Asani and Nino Bilajac, CIN journalists who won the second prize of the European Union (EU) for investigative journalism in Bosnia and Herzegovina (BiH).

Asani and Bilajac exposed a network of vote traders ahead of the 2020 Local Elections, which led to arrests and indictments against trade organizers.

Posing as party activists, the journalists have arranged a meeting of Abudalah Ilijazović, a candidate of political party Narod i pravda [People and Justice] with the vote traders. They met in a cafe at a Brčko gas station, shortly after agreeing on the meeting through text messages.  According to the agreement, Iljazović was supposed to give BAM 6,500 Elvir Saletović and Sanel Pengić in return for 130 votes. Saletović and Pengić were to find voters and charge BAM 50 for each. They would keep some of the money for themselves.

Iljazović’s decision to report the indecent proposal to CIN, and later to the Police and Prosecutor’s Office, prevented the vote-trading deal that was supposed to secure him a term in the Brčko District Assembly.

The first prize went to Semira Degirmendžić for the story “Agricultural holding won a BAM 10.5 million deal for the procurement of ventilators”. Degirmendžić revealed that Chinese ventilators, imported by FH Srebrena malina from Srebrenica, a fruit growing and processing company, cost citizens BAM 10.5 million. This story too led to the arrest and indictment.

The third prize went to Balkan Investigative Reporting Network (BIRN) journalist Džana Brkanić for her story “Murky Bosnian Charity Appeals for African Wells Raise Concerns”. This research is about fake charity organizations that cheated citizens and collected donations for the construction of wells in African countries.

The jury explained that all three stories are of crucial importance to the BiH public. The jury particularly commended the courage of journalists, and their commitment to the topic itself, which is reflected in their approach to investigations and amount of details, data, and information.

This year, CIN’s story about election fraud in the Brčko District was nominated for the European Press Prize, an international award for investigative journalism.