The latest chapter in the long standing power struggle between the FBiH institute and a state level preservation commission over control of historical sites and national monuments. It looks like the state commission is winning. 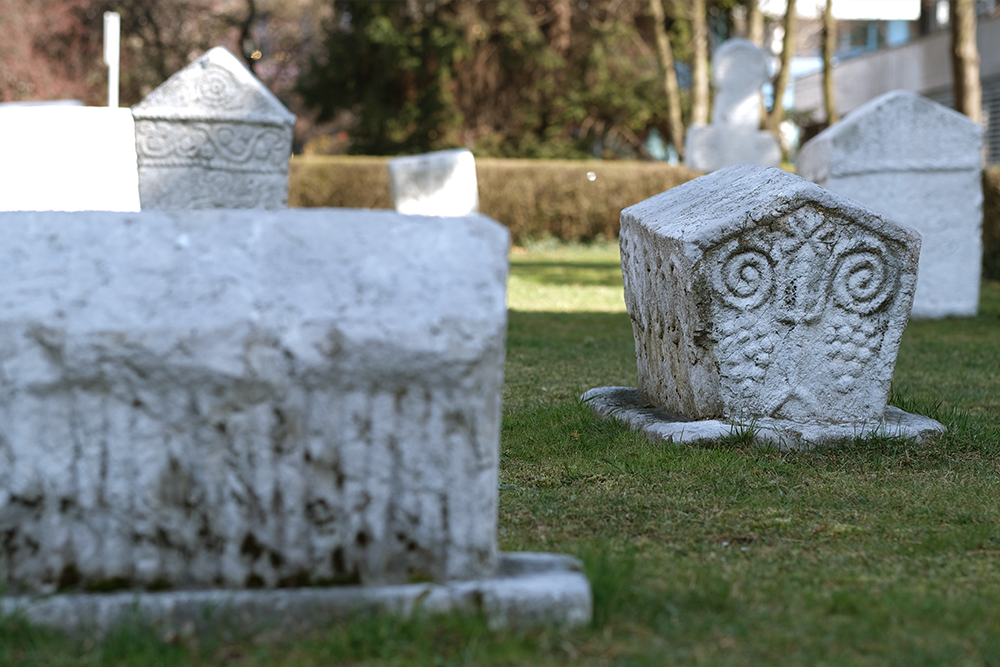 The FBiH culture minister is shutting down the entity’s independent cultural preservation institute and seizing control of 1 million KM that had been designated for preservation of cultural monuments, the director of the institute said Tuesday.

“The institute is in the process of being closed down after 60 years in existence,” said Lamija Abdijević, director of the FBiH Institute of Cultural Heritage.

Gavrilo Grahovac, FBiH Minister of Culture and Sport, did not respond to requests for an interview.

But two internal ministry orders signed by Grahovac told institute staff of the decision. One order from January 19 announced that the institute’s control would go to the ministry. A December 9, 2004 order transferred control of the institute’s budget.

The minister’s decision could end a long standing power struggle between the federal institute and a state level preservation commission over control of historical sites and national monuments.

That war has been the subject of an investigation by a team of journalists from the Center for Investigative Reporting in Sarajevo. In a series of stories, “Losing Culture,” that will be published in the coming week, the team will examine the crisis in BiH cultural preservation that has left museums closed and historical sites crumbling or crushed under construction bulldozers.

While the power struggle has continued sites like the ancient village of Korića Han are threatened, according to a state commission report. The village has managed to survive since somewhere between 5000 and 2500 BC. But now it is threatened by the construction of summer homes.

Institutions like the National and Historical Museum in Sarajevo are closed, and the University and National Library of BiH, Art Gallery of BH, Literature and Theater Museum, and Kinoteka of BiH, are in financial trouble.

The institute has a list of 2771 historically designated sites and objects in BiH. The commission has created its own list with 215. The two bodies have been arguing for two years over the validity of their two lists.

Last month, Official High Representative Paddy Ashdown waded into the controversy by sending a letter to the Council of Ministers reminding them of their responsibility under the Dayton Accords to keep museums open and protect the entire BiH heritage. Ashdown recommended a state level institution to safeguard the public trust.

The commission is sponsoring a panel today to consider legislation to give itself permanent existence and new powers, including expanded funding for preservation. It has not invited the entity institutes or UNESCO to the panel, according to directors of both entity institutes.

In the past, state auditors have questioned the commission’s use of preservation funds.

In 2003, the commission failed to spend any of the 100,000 KM designated for preservation, according to an audit. Meanwhile, they spent some of the rest of the 800,000 KM budget raising commissioners’ salaries, raising their per diems above the government maximum and for auto fuel for non-government vehicles, according to the auditors’ report.

“The salaries are somewhat higher but we have explained this by the scale of dedication of the people,” explained Dubravko Lovrenović, the former president, and a current member, of the commission. “We’re talking about complex work which requires going into the field as well.”

In his order, the culture minister, Grahovac, referred to a 2002 decision by the OHR that put the institute under control of the FBiH Ministry of Culture and Sport.

The institute, and a similar institute in the RS, has been acting as the legal successors to the pre-war Yugoslavian republic’s own institute with the same purpose.

In a public letter to be released to the media today, Svjetlana Šiljegović, director of the RS institute, and FBiH institute director Abdijević, objected to what they claimed is the state commission’s strategy to hijack the proposed new preservation legislation authored by a BiH presidency task force.

“To this day, the commission has been trying to behave as a higher body than the (entity) institutes,” said the letter, signed by both directors.

The state commission panel, held today without the presence of either institute or UNESCO, was an obvious attempt to save the commission’s mandate, grab credit for the actual restoration work that has been done by the institutes, and end up with total control over preservation, the letter stated.