Despite anethical collapse in the medical profession, and without the help of government, some doctors, nonetheless, continue to do what is right and fight hard for their patients. 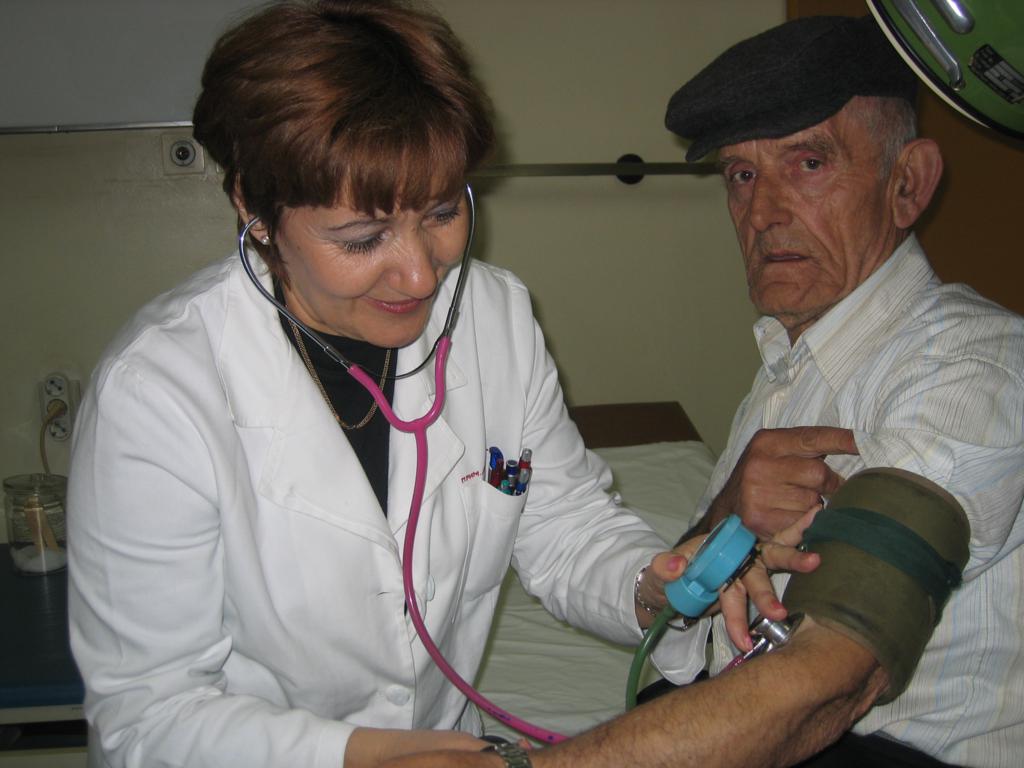 There are two reasons why a Herzegovinian photographer will never forget one of Mostar’s most well-known doctors.

The first is because the photographer, Ivan Ružić, and the doctor share the same last name, although they have no family relationship.

But the more important reason is what happened when Ružić tried to thank Dr. Marko Ružić with a ‘blue envelope’ stuffed with 500 KM in cash, for surgery that saved his mother’s life.

‘He not only refused to take it, but he was sincerely offended and angry’ Ružić said, remembering that day in 1998 in the doctor’s office.

Although nobody requested any money from him, after the operation Ružić headed towards the doctor’s office. He was almost kicked out of the room.

‘I have never dared to do it again’ Ružić said. ‘It was not pleasant to face the doctor.’ Dr. Ružić was very offended.

But many of Dr. Ružić’s colleagues are getting a reputation for more ethically compromising reasons.

Most of the patients that a team of nine reporters from the Center for Investigative Reporting in Sarajevo (CIN) talked to in a month-long investigation of the BiH health care system found their doctors all too ready to accept anything and everything offered to them as a tip after an operation.

Many said that doctors were also demanding cash payments before doing a procedure that was already paid for by public insurance, which is a crime.

The average bribe to doctors currently amounts to 250 KM, which is a 25 percent increase over 2002, according to a report by Transparency International (TI), an international non-governmental organization specializing in fighting corruption.

While the cost of favors is going up, medical officials from local clinics to the ministries of health told CIN reporters that the medical care system, overburdened with bureaucrats and inefficiency, squandered the nearly 1 billion KM it spent last year.

That fact that Dr. Ružić is not alone among medical workers in putting the Hippocratic Oath before a commitment to cash is a bright spot in an otherwise ugly report on the health of health care in BiH.

The CIN team discovered other examples of professionals following Dr. Ružić’s credo to professionally assist and protect patients and always treat them humanely.

‘I have managed to adhere to these principles until present’ said Dr. Ružić, who is 71 and now retired from the Mostar Clinical Center Bijeli Brijeg.

Dr. Ružić said he prefers to let his patients talk about him and only reluctantly agreed to talk to the CIN team about the incident with Ivan Ružić. Ivan Ružić recently asked to take a photograph of the doctor, who earned his respect so many years ago, but the doctor turned him down.

He reacted severely to Ivan Ružić’s ‘blue envelope’ because he has respected the principles of his profession his whole life, Dr. Ružić said.

The retired doctor claims that there are still physicians who adhere to high ethical principles. But some doctors follow these principles for a while, and then they simply lose them, said Dr. Ružić.

Dr. Ružić is not alone is his principled practice.

Patients’ opinions, and whether they are satisfied with service provided, are also the main priority of Dr. Reuf Karabeg, a plastic surgeon currently employed in the Clinical Center in Sarajevo.

Karabeg remembers his first confrontation between cash and his oath.

In 1996, he reattached the severed hand of a patient, who later wanted to show his gratitude with an envelope.

‘At that moment, I felt so happy because he really appreciated what I had done for him’ Karabeg said. ‘But at the same time I felt very sad because I believed that he gave me a half, or maybe his entire, salary.’

He refused to take the money.

Since then he has only accepted a few small gifts from patients, including one from his former best man, and some perfume from a grateful celebrity patient.

Karabeg worked for 6.5 KM per hour, while a colleague in Germany made 15 times more. But Karabeg said he is not tempted by the permissive environment toward gifts and bribes in his profession.

‘I have enough education and rating not to allow myself to sell my good reputation for 200 KM’ Karabeg said. ‘I would not accept even a bottle of liquor.’

Karabeg believes that some nurses do not want to work with him because his principles would cut off their flow of gifts.

‘Dr. Karabeg is the only man for which I can firmly declare that he is not taking a bribe’ said Dr. Alija Agić. ‘I am absolutely sure of that.’

But there are others.

‘Seeking money from patients is equal to blackmailing’ said Dr. Haris Vila, a cardio-surgeon from the University Clinical Center Koševo in Sarajevo.

Vila and his ward colleagues agreed to refuse taking extra money from the patients. They committed themselves to follow the medical code of ethics and comply with the standards of the civilized world, Vila said.

Vila and his colleagues from the cardio-surgery department provided Stjepan Vrhovčić, 55, who suffered from severe cardiac disease, with a chance for new life. And they also revived his faith in the dignity of the medical profession.

‘Simply, I was surprised by the work of doctors and nurses who were giving their best to help the patients at any time. Honestly, they were with us night and day’ Vrhovčić said.

Doctors and other staff never expected or thought of seeking any kind of compensation for their services. Vrhovčić still remembers Vila’s words that strictly forbade giving any money to anybody in the department.

‘I am saying this to all patients because there were some cases of doctors taking money from the patients’ Vila said. ‘I wanted to prevent such things from happening in my department.’

To Vila and other medical workers like him, deterring patients from offering money may be the only way to stop the ethical collapse in their profession.

Even the smallest compromised situation can teach a big lesson.

That’s what Ibrahim Čomić found out three years ago when he was in Vila’s cardio-surgery ward. He offered his room nurse 50 KM and she refused to take it. Čomić felt so guilty about the incident that before his hospital stay was over, he turned himself in to the ward’s main nurse.

‘Head nurse Željka Milanković explained to me that nobody in the department takes money’ Čomić said. ‘I was so ashamed.’