Energoinvest Sold Debts in Secret for a Fraction of Value

Documents show that Energoinvest lost out on millions of KM because of the suspect way it went about trying to recover long-standing debts. 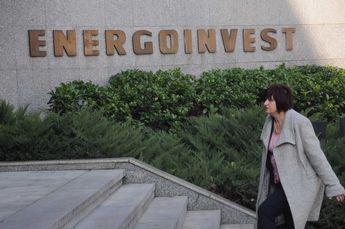 Because Energoinvest of Sarajevo sold its claim on a pre-war debt from the Democratic Republic of the Congo 10 years ago for $3.3 million, it lost out on a chance to recover as much as $100 million.

Instead of waiting for the conclusion of the resolution of a dispute before the International Commercial Tribunal in Paris, Energoinvest sold its claim for a pittance under circumstances kept secret in 2001 to Hemisphere Associates, a New York–based vulture fund.

A report by the FBiH Financial Police obtained by the Center for Investigative Reporting says the debt was sold illegally.

Hemisphere won a sizeable award from the tribunal, and then in search of ways to enforce that award, went to the courts in the British island of Jersey, a well known offshore zone. Offshore zones give legal and tax breaks for companies seeking to evade taxes and hide the origin of money and its owners.

The island court on July 14 identified a source from which Hemisphere would get $100 million from the Congo. It ordered the Jersey company GTL to channel future payments to the Hemisphere instead of to Gecaminesu, a Congolese state-owned mining firm.

A final hearing in this case will take place Dec. 8.

Early this year, Great Britain passed a law restricting the ability of Vulture Funds to sue some of the poorest countries in the world for full repayment of debts they have bought cheaply. However, the law has not been enforced in Jersey which is a part of the United Kingdom but with a separate judicial system. This is why the island has become the stomping ground for the vulture funds.

Hemisphere paid Energoinvest $3.3 million for $29.3 million of Congolese debt. Of that, Energoinvest recovered $2.7 million. The rest went to the Washington D.C. law office of Debt Advisory International (DAI) which brokered the sale of the debt.

Hemisphere is incorporated at a Brooklyn, New York, address that from the outside looks like a garage, according to BBC and Guardian reporters who are working on the story together with the CIN.

Sale of Debts Done in Secret

The Financial Police of the Federation of Bosnia and Herzegovina (FBiH) investigated the sale of the debt then submitted a report to the Sarajevo Cantonal Prosecutor’s Office in October 2008 charging Nedžad Branković, former director general of Energoinvest, and three other managers.

Zufer Derviševic, chief inspector of Bosnia’s financial police, said Brankovic acted illegally: ‘That’s why we filed a criminal complaint. The financial police saw elements of criminal activity within the management’s actions and this crime is abuse of power.’

Branković, a former Prime Minister who resigned while under indictment for another scandal, was charged with the abuse of office for signing off on the sale of the Congo claims without approval from his governing board, even though Energoinvest had begun trying to recover its debt with the Paris tribunal. He was also charged with declaring without authorization that the sale was confidential.

According to FBiH’s Company Law, a director general can act on his own in matters dealing with up to 15 percent of a firm’s total capital. In bigger dealings he needs a nod from governing board or the company’s assembly.

The Congo’s debt amounted to 26.14 percent of cEnergoinvest’s capital at the time, according Financial Police. The report stated that the company, majority owned by the FBiH government, was damaged by $26.75 million.

The prosecutor said that the case is in the preliminary investigation phase.

Branković refused to talk with CIN saying he could no longer remember details.

Džemail Vlahovljak, who succeeded Branković in 2002 as director general, said that he probably would not have sold the debt, but would hire a good law firm from the West to recover it.

‘But, we need to go back to that time. The firm was in dire straits…The wages were very small at the time’ said Vlahovljak. He explained that from the money Energoinvest got from the sale of claims could have paid workers’ salaries several times over.

The Projects of Katama Gomi And Mobayi

Energoinvest’s claims are related to unpaid loans the firm gave in the 1980s to Zaire’s government for financing the power grid Katama Goma and a Mobayi hydropower station.

Congo officials stopped paying back the principal and agreed interest in the beginning of the 1990s as the country increasingly tilted toward anarchy and civil war. The debt increased over the years because of the penalty interest.

According to contracts between Energoinvest and the Congolese government (then called Zaire) from 1980 and 1986, the two agreed to settle payment problems through negotiations, and if that failed, before Commercial Tribunal in Paris.

Financial Police officials say that they found no evidence of the two parties negotiating.

The finance ministry in Zaire sent an official memo to Energoinvest in March 1991 noting that $36.2 million in principal and interest was owed for the contracts of Katama Goma and the hydro dam Mobayi by 2000. By July of the following year, after the Congo had paid $ 4.9 million, payments stopped.

According to Financial Police reports, Enegoinvest considered several total values of the debt from the Congo.

Branković established a commission on Jan. 1, 2000 with his deputy Mensur Čaušević as its chair, and Ibrahim Bosto and Dževad Ganić, assistants for commercial affairs and finances, as members. The commission selected the smallest figure for the debt.

Branković authorized them to establish the claims and to suggest a price for their sale. He also ordered that preparation, approval and the payment be dealt with in confidentiality. According to the company’s statute, this decision should only have been made by the Governing Board. Confidentiality meant Branković and the commission members did not have to publicly log the documentation on the sale of the debt. Instead, documentation was kept in a place known only to a small circle of people. Several undated documents further complicated a reconstruction of what happened.

The commission made a statement Jan. 10 the following year saying said the Congo debt of $29.3 million were to be sold for at least $3.3 million, and that from this amount DAI was in for $ 658,617. It also stipulated that if a higher price were reached, DAI and Energoinvest would split the difference. DAI sold the claims for $115,000 above the agreed price, and this difference was shared equally.

DAI was given power of attorney to find a way within a year to cash in, cover or sell the claims. Nevertheless, at the same time, Čaušević wrote a memo to Michael F. Sheehan, the DAI director, authorizing him to sell the claims.

Sheehan is one of the most famous vultures in the world and goes by the nickname Goldfinger.

Branković signed off on both decisions.

The Commission set a deadline of March 4, 2001 for filing claims according to DAI lawyers. Two days before the deadline, Energoinvest filed two requests for dispute resolution with the Paris tribunal over $30 million or $ 900,000 more than the amount of debt stated on the decision on the sale.

Had Energoinvest not filed the claim with the Paris Court, Hemisephere could not have taken over the collection of the debt.

After he received Branković’s power of attorney to sign claims over to a third party, Čaušević signed a bill of sale with the Hemisphere fund on July 20.

The Financial Police report says that when Energoinvest sold the debt to Hemisphere, it did not specify the details of the original terms of the agreement for late fees and the interest rate on the debt making it possible for Hemisphere to charge substantially higher rates. Attached to the contract was Čaušević’s memo to Court in Paris transferring arbitration rights to Hemishpere. There was no date on the document.

The Claims from 19 States

Before and after Congo, Energoinvest directors sold foreign claims for amounts far less than the debts. These were also done in secret.

Energoinvest on several occasions conducted appraisals of the prewar claims and the estimate of their recovery. According to a note from Energoinvest’s Financial Department sent out in 2005, it had claims totaling $347 million from 19 countries. Of those, $103 million could be recovered. CIN reporters obtained reports which described the sale of almost two-thirds of the total claims.

Iraq was the biggest debtor with $145.6 million. Yet, Energoinvest wrote off 80 percent of this claim after accepting a decision by the Paris Club, a group of finance officials from the world’s 19 largest economies, to forgive Iraqi debt.. In 2006, Enreregoinvest agreed to accept the remaining $21.7 million in Iraqi government bonds due by 2028. Energoinvest received around $10 million through the Yugoslav Bank for International Economic Cooperation (JUBMES) in Belgrade, and the rest in direct negotiations with Iraq. For this operation with the Energoinvest’s capital Vlahovljak did not provide the approval of the Supervisory Board. However, the Supervisory Board later approved that the bonds were to be incorporated as the investment in the firm’s capital.

Two years before, Vlahovljak signed a contract to sell claims from Ethiopia in the amount of about $43.3 million for a little less than $1.6 million. The claim was sold to Lazarus Freres Banque of Paris. Čaušević’s commission handled the sale. In its report, the commission said that it contacted financial companies from all over the world, but only the French company made an offer.

As many as three Energoinvest heads—Bukvić, Branković and Vlahovljak—concluded contracts between 1995 and 2007 to recover prewar claims from the government-owned Tanzanian firm Tanseco.

For years Amsa House of London has been enforcing the claim on behalf of Energoinvest. In 1995, Bukvić approved a collection fee of around 22.7 percent for every transaction going to the accounts of Energoinvest. Three years later, Branković approved an increase in their collection fee to 32.8 percent, with the idea of speeding up collection and in 2002, Vlahovljak increased this to 37.8 percent. As a result, of $20 million of collected claims, Energoinvest paid Amsa House a bit more than $6.4 million.

In an out-of-court settlement with the Tanzanian government in 2007, Energoinvest was supposed to collect $22.7 million. However, $7.3 million, almost a third of the collected amount, went to Kuber Consultant Limited of Singapore for setting up the deal.

Vlahovljak said that this case proves that the Congo debt could have been better dealt with.

However, winning a settlement in court does not necessarily lead to collecting any money.

The firm, he said, won a court settlement of claims in Syria too, but it is meaningless.

‘You can produce hot air with this court decision. There is no instrument in that state with which you can enforce that award’ said Vlahovljak, adding that for that reason Energoinvest has not yet filed a lawsuit to collect a $20 million claim from Cuba.

The story was done in cooperation with BBC and Guardian.