Who wants to own Mostar Aluminij?

The history of the privatization of Mostar Aluminij reflects the complexity and troubles BiH has faced over the past decade. At issue is who really owns the countries largest exporter. 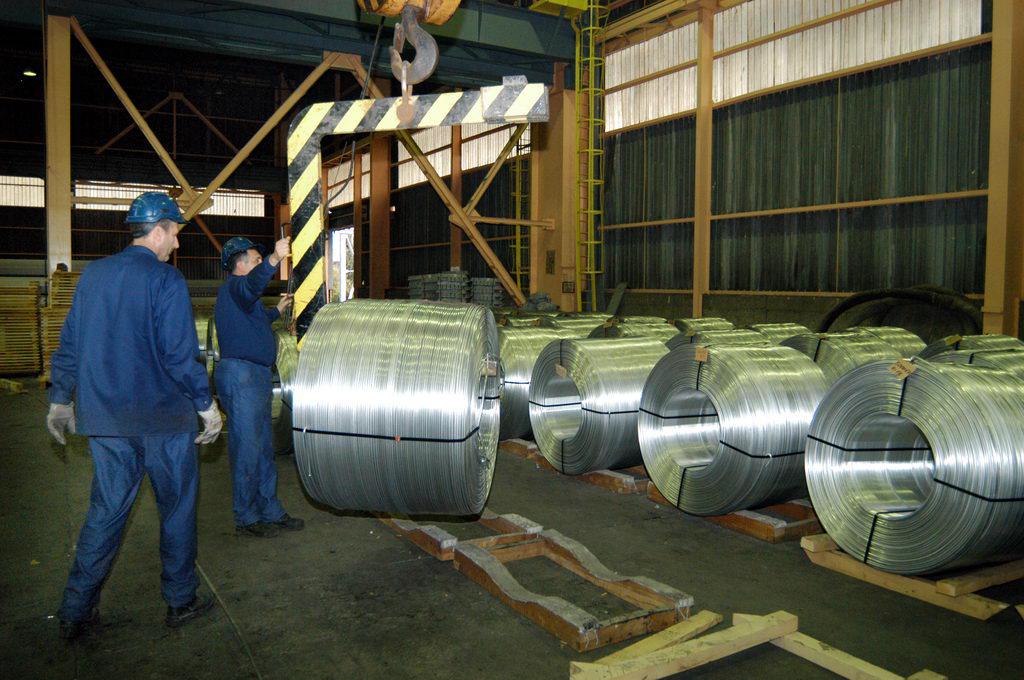 While the aluminum industry is booming, the privatization of aluminum companies around the world has had a darker side. The companies bidding for Aluminij d.d. Mostar have been surrounded by claims of corruption, bribery, failure to honor contracts, and failure to invest in local economies.

Some are the survivors of the ‘aluminum wars’ of the mid-1990’s when dozens of Russian aluminum company managers and directors were murdered, threatened, or bribed to hand over their companies. In the other former communist block countries, aluminum privatization has been less violent, but accompanied by a lack of transparency and claims of corruption. The new owners of Mostar Aluminij will have a large impact on the economic life of Bosnia being responsible for about 10% of all Bosnian exports. So what are the companies that are bidding?

In 2005, Rusal purchased the Kombinat Aluminum factory in Montenegro through a Cyprus-based subsidiary. It was the sole bidder for the Podgorica aluminum plant in a deal that local NGOs said lacked transparency.

Workers there have been very unhappy with the new management according to Milorad Vujović, the union president in Kombinat Aluminum.

‘Our experience with Rusal has been very bad, almost disastrous. They have pledged to invest €55 million and modernize the factory, but we have not seen one euro out of that’ said Vujović.

‘They didn’t beat anyone up, but it was very ugly. If they are going to buy Aluminij in Mostar, I have only one message: protect yourself and so help you God.’

Rusal has been involved in litigation involving plants in Nigeria, Tajikistan, Russia, and Guinea. For example, Rusal won a $250 million bid for the Nigerian aluminum plant ALSCON, despite the fact that a rival had bid $410 million. The rival brought a lawsuit alleging bribery and breach of contract. It was dismissed in a US court last month because the court concluded that the conflict should be litigated in Nigeria instead.

Rusal has paid hundreds of millions of dollars to settle lawsuits out of court including claims by two former partners that Rusal had set up companies in the British Virgin Islands and were diverting profits there. Rusal paid the former owners of the Russian Novokuznetsk smelter to settle claims of fraud and moneylaundering. A British Court found Rusal liable for $3.5 million for breach of contract in a case brought by Tekron Resources.

Deripaska was recently sued by his old partner Michael Chernoy for a 20 percent share of Rusal company which Chernoy claims he still owns.

In an ongoing lawsuit in London, Ansol, a Tajik-controlled aluminum company, alleges Rusal engaged in an ‘unlawful conspiracy’ with the government of Tajikistan to take control of Aluminum Plant TADAZ. Ansol alleges that during the suit Rusal hacked into its computers.

Sual a former Russian company that merged into United Company Rusal last month, also has legal problems. Sual was sued by minority shareholders of the Volgograd Aluminium Plant in Russian courts for fraud in the takeover of the plant in 2004. Sual owner, Victor Vekselberg, was also sued in US District court by minority shareholders of a Ukranian smelter for allegedly bribing the Ukrainian government not to undo privatization of the smelter. The parties agreed to an undisclosed settlement.

Vekselberg still faces claims of fraud, theft, extortion and money-laundering in US District courts by Norex Petroleum, a Canadian company, for the takeover of Siberian oil company Yugraneft.

Glencore, a shareholder in United Company Rusal, has also been the subject of claims of bribery and poor treatment of local workers. Glencore has been working with Aluminij for several years both as a supplier and buyer of materials.

Glencore is a swiss company, founded in 1974 by Marc Rich, who was on FBI’s most wanted list for years for tax evasion and illegal oil trading with Iran, and was famously pardoned by then American President Bill Clinton on this last day in office. When Rich left, Glencore was taken over by Willy Strothotte, his long-time right hand man. In recent years, Glencore is most famous for being named in the CIA’s ‘Oil for Food’ scandal report. The CIA concluded that Glencore paid $3.2 million to Saddam Hussein for Iraqi oil in violation of UN Sanctions.

A consortium led by Feal d.o.o. Široki Brijeg, Zadar-based Aluflexpack has announced that they will bid for Aluminij d.d Mostar, according to Tončo Barbarić, president of management in Feal group. The consortium bought 80% of Light Metal Factory (TLM) from Šibenik during privatization earlier this month. TLM investment helped restart the Aluminij Mostar plant after the war and TLM owns 12 percent of the Mostar plant.

All of the companies are involved in Aluminum processing but not aluminum manufacturing.

UBIG, a Lithuanian investment group controlled by the Lithuanian Vladimir Romanov, will bid for the Mostar factory. UBIG owns or has invested in numerous companies in the area, including the Balkan Investment Bank in Banja Luka, the Banja Luka Brewery, the Boksit Mine in Milići and the Birač alumina factory in RS.

Svjetlana Cenić, former RS Minister of Finance, claims that the privitization of the Birac factory was flawed and done in a non-transparent way.

UBIG recently lost an effort to buy TLM to the Feal Bosnian/Croatian consortium despite having a larger financial offer. UBIG called the privitization non-transparent, illogical and illegal.

Vedran Kukavica, a spokesperson for the Croatian privitization agency, said the agency need not give reasons for their selection. He did say aspects of UBIGs offer were better but that TLM has already cooperated with consortium members and that it was the estimation of the commission that TLM would develop better with them.

Vedanta Resources is a publicly listed London-based company, with metal operations based in India. They also own copper operations in Zambia and a copper mine in Australia. Last year their aluminum-derived earnings were around $76 million. The owner, Anil Agarwal, is the 13th richest man in India.

Three other companies are rumored to be interested in making a bid. Mytilineos Aluminium of Greece, and Eurasian Natural Resources from Kazakstan. Conspicously absent are other giants including Alcan, Alcoa and Norsk Hydro.