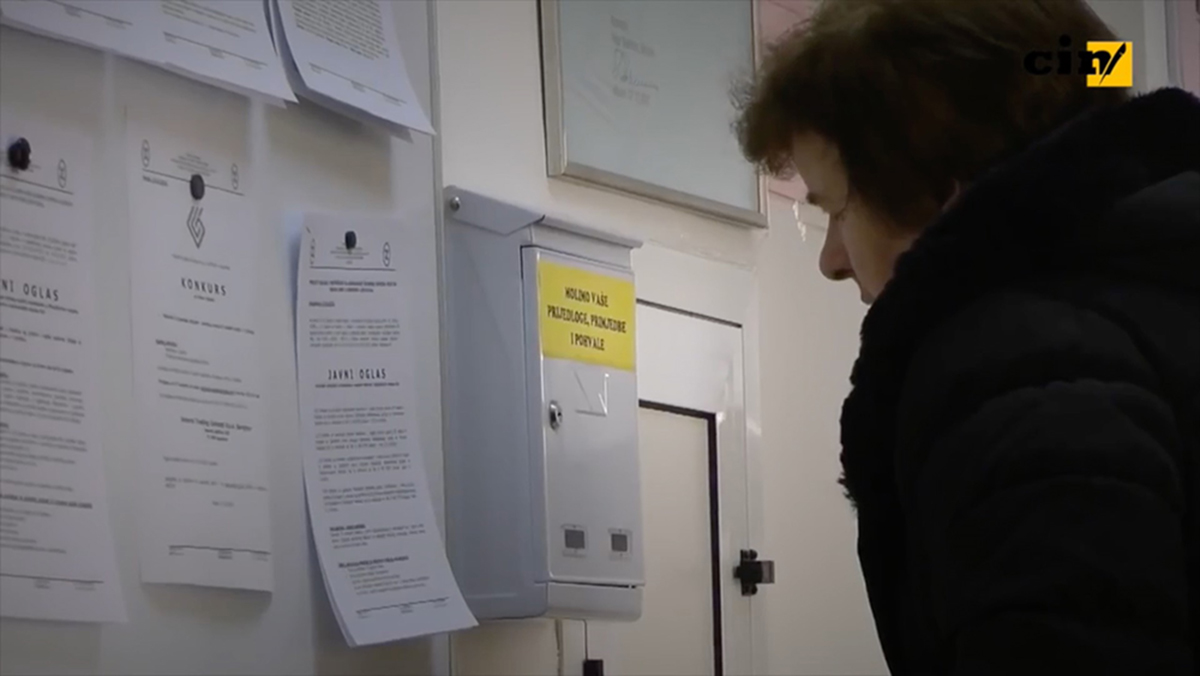 In the past year, at least 1,233 persons have been erased from the roster of unemployed persons because they have made income over 208 KM. The most of them or 1,158, were erased by Sarajevo Canton Labor Agency.

“If a person makes 25 percent of an average salary in the Federation of Bosnia and Herzegovina (FBiH), they will be erased from our records,” told the director of the Cantonal Employment Department Igor Kamočaji to the Center for Investigative Reporting in Sarajevo (CIN).

At the same time, nine other cantons in the FBiH have erased combined at least 75 unemployed during the same period. Some of them, like Zenica Doboj Canton, do not keep a record related to the issue, so the exact number of the erased is unknown.

The management of the FBiH Employment Department said that it did not have information about the income of unemployed despite attempts to cooperate with some ministries, employers and inspection.

In this way, some of the erased persons have lost right to a free health insurance and some of them have also potentially lost a severance pay.

According to the FBiH Law on Employment Services and Social Security of the Unemployed, if a person is laid off, he or she is entitled to free health insurance through an employment agency. If he or she had worked for at least eight months prior to the layoff, they are entitled to a three-month severance pay in the amount of 40 percent of the average pay, meaning around 330 KM a month.

Dennis Gratz, a legislator with the FBiH Parliament’s House of Representatives has submitted a draft amendment to the law which would define an unemployed person as someone with “a net income in the past twelve months that is not higher than the sum of twelve lowest net monthly salaries established by the Collective Bargaining authorized by the FBiH”.

This would mean that an unemployed person would be entitled to earn slightly more than 4,100 KM, while simultaneously enjoying the benefits of being on the unemployment bureau’s roster.

However, the FBiH government ignored this initiative.

“By refusing to engage with this initiative without any instruction, resolution or a clear opinion, the government sends a clear message that it is not willing to tackle the much needed reforms and that it does not take care about the most vulnerable categories of its population,” said Gratz.

However, a CIN investigation found that this was not the way how everyone else has been treated after losing their jobs. For example, when presidents, prime ministers and their deputies, or legislators and some senior managers of government agencies end their term in office, they are entitled to severance pay for up to a year in the amount of their last salary.

The officials have no need to register with the employment agencies because their severance is paid by their former government employers.

While an unemployed persons needs at least 15 years of work experience to receive a year-long severance pay in the amount of 40 percent of an average salary, the officials need to stay just one day in office in order to receive their monthly net salary for each of the following twelve months.