There's no clear-cut, easy and safe way to dispose of food products that inspectors find to be contaminated or spoiled. 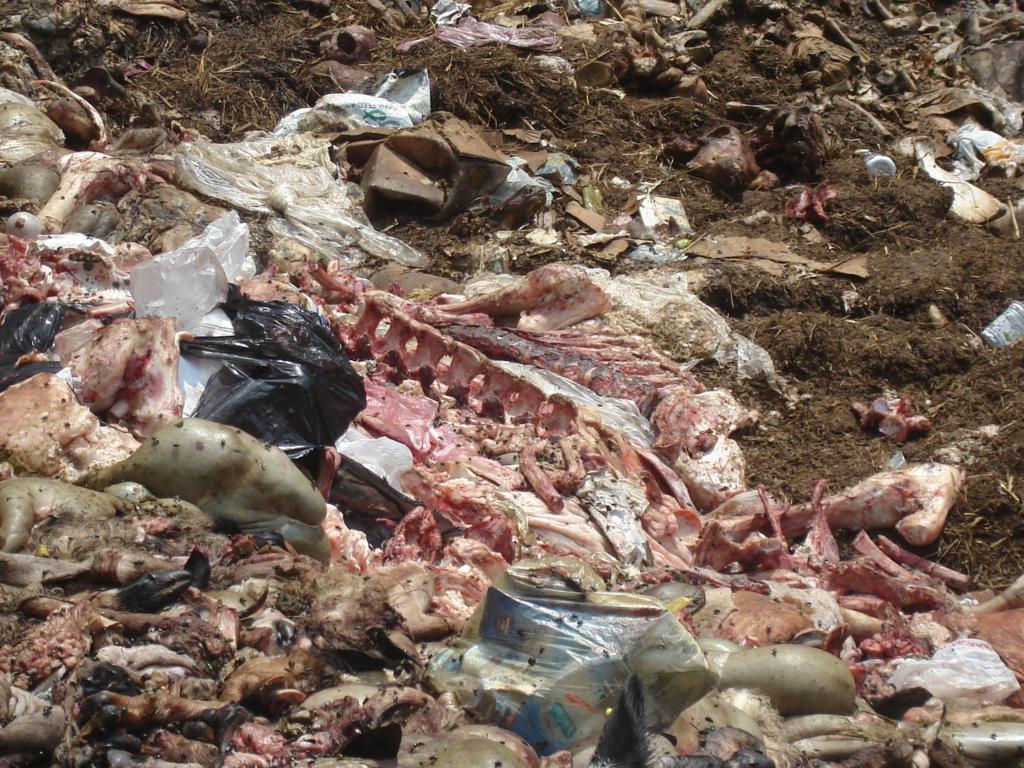 For 10 years, Muhidin Hasukić from Gračanica has been waking up at 4 a.m. to sell his fresh lettuce and spring onions. The 44-year-old wholesale trader at the Arizona market in Brčko says he doesn’t complain about long hours or low profits.

Hasukić does complain about the methods he must resort to when destroying goods he hasn’t sold. He and his fellow traders dispose of pallets of fruits and vegetables spoiled by the summer heat by taking them to a nearby dump.

Health officials warn that dumps are a breeding ground for infectious diseases but Hasukić and other traders have no safe alternative.


When it comes to disposal of animal carcasses or spoiled food in Bosnia and Herzegovina, there is no incinerator or environmentally safe burial grounds. Government inspectors admit they improvise when applying standards far below those that developed countries follow to get rid of waste.

Before the war, the only adequate incinerator that companies and individuals could use was located at the Bimeks meat processing company in Brčko. The company was ruined by the war and later purchased by businessman Dragan Čičić, who wants to process plastic rather than meat.

Everyone agrees that lack of money is the barrier keeping BiH from building a much-needed incinerator. Nevertheless, no research has even been done on how much it would cost.

But in Croatia, where two incinerators are operating, Mate Brstilo, director of the Veterinary Office at the Ministry of Agriculture, Water Management and Forestry, said such facilities cost between € 15 and 20 million.

Without an incinerator built here, inspectors will make do with what they have.

‘For example, if we find a shipment of boxed cookies, 1 by 1 meter, that has expired, it is enough to cut open those packages and pour some dish detergent on them. After that, they are taken to a dump container’ said Senada Garić, chief of the subdivision for inspections in Brčko District.

During a recent check of butcher shops, veterinary inspectors in Sarajevo Canton found about three and a half tons of meat they determined was dangerous to citizens’ health. According to Hasan Džinić, chief veterinary inspector for the canton, that meat was taken to silos at the city dump.

‘Not only animals and stray dogs are discarded in the silos, but also food that is past its expiration date. When the silos are full, they are sealed and left alone for 10 years, until everything rots away’ says Džinić.

Sretko Hadžiabdić, chief of sanitary inspection in Zenica municipality, in April ordered the destruction of several hundred Eva fish cans imported from Croatia. Inspectors found that more than 100,000 cans imported into the country had been illegally labeled.

Hadžiabdić said that ‘the contents of the cans were poured into a rubbish container, and then everything was transported to the city dump in Zenica.’

In RS, spoiled food and other waste is destroyed in the Bijeljina area and (also) in Ramići near Banja Luka. According to Đerić, the entity has probably destroyed 40 tons of mechanically deboned meat full of bacteria since the end of the war.

‘We dug a hole. Bulldozed it. We poured diesel on it’ explained Đerić.

Until a little over a year ago, RS inspectors transported diseased, euthanized animals and wastes to thermal electric plants or other factories that would burn them, such as the bauxite furnace in Milići. Đerić said the factories quit accepting the waste, citing environmental and disease concerns.

While inspectors try everything to destroy food and carcasses without causing damage, butchers and others involved in handling food often use dumps with little or no ecological and hygienic standards.


One of them is located at Kalajdžija’s Creek, near the beautiful and increasingly popular tourist destination of Neretva Canyon. For the last six years, it has been an animal waste dump for the Maksumić chain of slaughterhouses, owned by a Konjic family of the same name.

Konjic municipal authorities approved the use of the site, which is now filled with massive piles of organs and other animal waste, some covered by dirt, others giving off a powerful stench in the open air. Both municipal officials and the butchers say everything is being done according to regulations. Sanjin Džajić, president of the environmental organization Zeleni–Neretva, disagrees.


‘Slaughterhouse waste used to be directly dumped into the Neretva River, so Kalajdžija’s Creek dump is an improvement of sorts’ he said sarcastically.

The former director of the State Veterinary Office (SVO), Marko Tadić, says the destruction of food by pouring crude oil on it or by bulldozing dirt over it is ‘horribly primitive, and you don’t know what it will produce.’

Džinić said that while not a proper way to destroy waste, it is the only one possible at the moment. He warns that slaughterhouse waste can be an ecological danger because it takes up to 40 years for carcasses to decompose.

He points out that infectious diseases can be spread via animals and birds that get into dumps full of animal remains. Experts warn that the only safe way to get rid of bad food and carcasses is a new incinerator.


Marko Skodler is an employee for the KOTO company which in 2000 signed a contract with the Slovenian government to destroy slaughter waste and food. ‘Cookies covered with detergent cannot be called a destruction of the product’ he said.

He said European standards on destroying meat are strict. ‘It should be burned at temperatures of at least 850 degrees Celsius.’

‘Without incinerators, there’s no exporting into the European Union’ said Brstilo in Croatia.

Tadić said he applied to the EU to build an incinerator before he left the SVO in 2003 but nothing happened. Current director Bagarić said the BiH government must support this expensive project.

‘Anything’ he said, ‘is better than what we’re doing, which is waste ending up at dumps.’