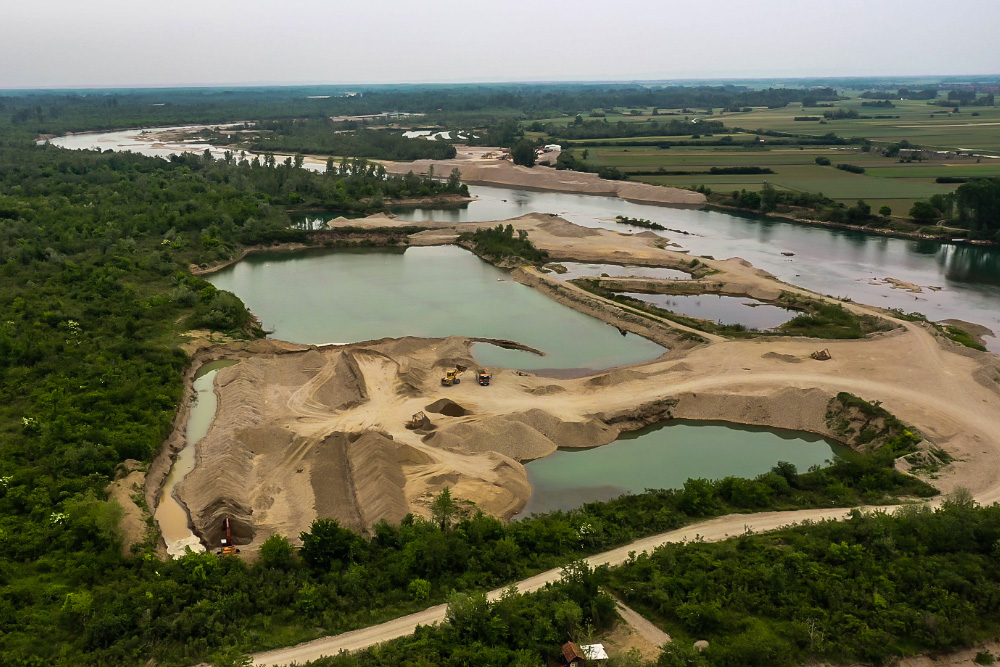 In the report on the exploitation of materials from the Drina River, the Main Audit Office of Republika Srpska (RS) concluded that sand and gravel are being extracted without any plan, established priorities, or analysis of watercourses, although these activities were contracted with the Public Institution Vode Srpske.

According to the auditors, in the period from 2017 to 2020, 14 companies signed 35 contracts for the extraction of materials based on which a fee of BAM 1.7 million was charged. The audit report draws attention to a quite lengthy site allocation procedure, unclear rules, and lack of competition among contractors.

Employees of Voda Srpske rarely supervised the implementation of the contract, and even when they did so, they have not checked the quantities of extracted material or the illegal exploitation on the Drina. The report suggests that the lack of excavation control is the very reason for the ever-increasing risk of flooding. In addition, Vode Srpske neither produced regular studies that serve as a basis for excavation plans nor did they check the state of the riverbed following the completion of the exploitation.

Therefore, the auditors recommended to the competent institutions – the RS Ministry of Agriculture, Forestry and Water Management, Voda Srpske, and the RS Administration for Inspection Affairs – to define the method of supervision and ensure constant inspection control in the field. In addition, they stated that the existing rules need to be reviewed and their consistent application should be ensured. There needs to be a plan to maintain the riverbed and analyze the effects of such measures.

According to the regulations, gravel and sand from riverbeds should be extracted only for the purpose of regulation of watercourses and flood defense, and in a strictly controlled process. Since it is a material that is widely used in construction, the rules are often being violated and the public interest comes secondary to the private financial interest of businessmen.

In 2020, CIN journalists published two stories about the illegal exploitation of gravel on the banks of the Vrbas, Bosnia, and the Drina rivers. Being subject to no control, the banks of these rivers have been excessively excavated and are unstable, which is why floods in these areas are more frequent than along regulated watercourses. Individuals and companies are thus stealing public goods and compromising the safety of locals, but the competent authorities do nothing to stop them.

Politicians profiting from the bent Drina

The banks of the Drina river are especially deformed because Bosnia and Herzegovina and Serbia have not been able to agree on a demarcation line for 25 years, so the river is considered the interstate border. But the river is moving and that is causing problems. Due to large deposits of gravel in the riverbed, it spills to the left or right, creating a new riverbed and leaving 700 hectares of Bosnian territory in Serbia and 2,900 hectares of Serbian territory in BiH. This land remains out of the control of the institutions of both countries, which suits local individuals who illegally dig gravel in this area and make a profit on the public good without paying any compensation.