Even though the law defines that defendants should choose public defenders, in nearly half the cases judges in Bosnia and Herzegovina courts have done that instead of defendants. 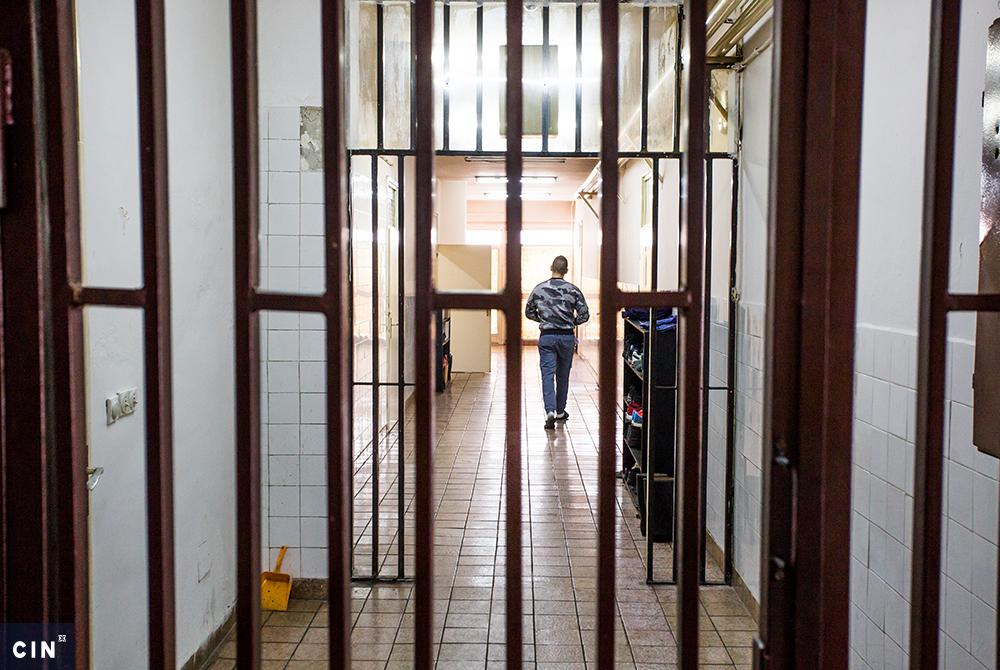 In most of the courts in Bosnia and Herzegovina (BiH) judges chose more public defenders than suspects and defendants who had a legal right to do so, found an analysis by reporters from the Center for Investigative Reporting (CIN) in Sarajevo.

After nearly waiting for two years to get the requested data, CIN was granted access to a Module for monitoring court-appointed defenses from all courts in BiH. The Municipal court in Kiseljak has not kept proper statistics and has not been monitored. The Module has data about public defenders for the period between April 2012 and fall 2018 and how they were selected – by a judge’s appointment; after a defendant picked them, or after a computer has made a random selection.

The law gives suspects and defendants the right to handpick attorneys who are paid by taxpayers. If they don’t do it, then the court will do it instead of them. In those cases, either a judges will appoint a defender or the court will have the computer make a random selection from the list of court-appointed attorneys. The records show that random selection was only used in 1,200 cases while judges appointed attorneys nearly in 11 times more cases.

In 43 out of 67 courts, judges chose attorneys instead of defendants. 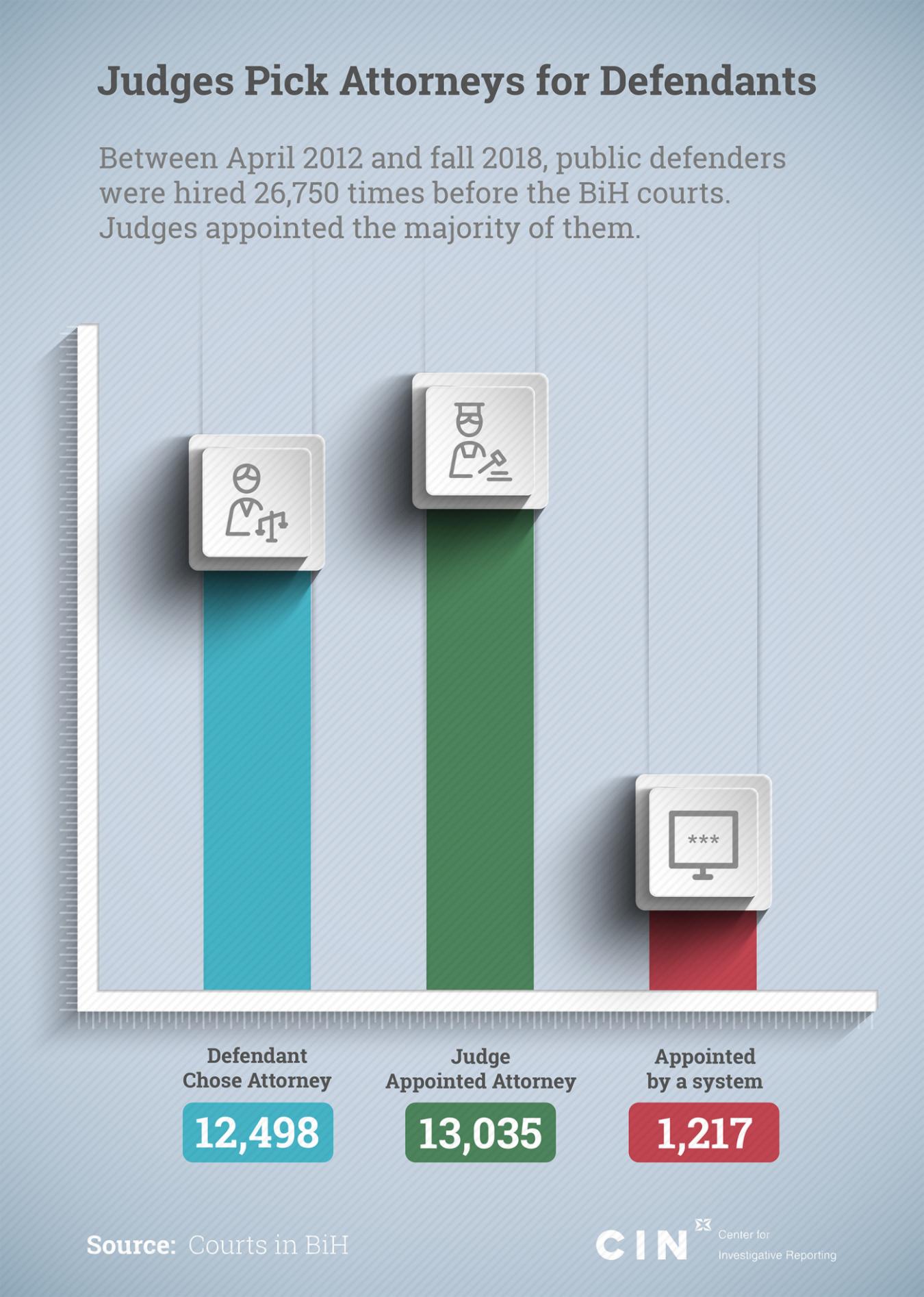 Leading the pack is the Basic Court in Banja Luka where defendants chose attorneys in only 16 out of 1,113 cases. The court’s judges appointed attorney Marica Ćulum 89 times, thus making her the most-paid court-appointed attorney. She was earlier sentenced to a year in prison on organized crimes charges and should have been debarred. Republika Srpska Law on Law Practice stipulates debarring of attorneys who have been sentenced to six months or more prison time.

Just four defendants in court cases before the Municipal court in Čapljina picked their defenders, while judges have done that instead of them 131 times. The court’s staffers wrote to CIN that a judge assigns an attorney to a defendant before sending him or her a list of court-appointed attorneys and guidelines how to state if they approved of the assigned attorney.

“The said may be considered the defendant’s choice because he or she has had the possibility to choose another attorney,” staffers wrote in the statement.

In 2017, CIN found that at least 76.2 million KM in taxpayer money was spent on court-appointed defenses over seven years. An elite group of ten-odd attorneys has set themselves apart with combined earnings of nearly 13 million KM. The first on the list is a Sarajevo attorney Omar Mehmedbašić who has earned 4.3 million KM – or the equivalent of what 680 of his peers earned collectively.

At the Municipal court in Sarajevo, Mehmedbašić defended nearly 600 clients as a public defender. A judge gave him every ninth case.

During this investigation, CIN reporters talked with 58 inmates in the Federation of BiH prisons and some said that judges did not allow them to choose attorneys. However, judges mainly said they were not favoring any lawyers, and that defendants chose in most cases.

High Judicial and Prosecutorial Council (HJPC) initiated the Module following a CIN’s 2011 investigation which found huge discrepancies among the earnings of court-appointed attorneys and revealed how judicial officials in some cases suggested to defendants which attorney to choose.

HJPC Wants to Monitor Appointments of Public Defenders
High Judicial and Prosecutorial Council (HJPC) of Bosnia and Herzegovina (BiH) has decided to introduce oversight over how attorneys get selected to defend clients entitled to free representation. Also in the Federation of BiH judicial authorities started an internal investigation related to cases of police officers allegedly suggesting certain attorneys to defendants or suspects.
Extra Profit for Court Appointed Attorneys
Court appointed defenses represent lucrative business for a small number of attorneys. Their less well paid peers and some inmates say that judges in violation of regulations may even propose attorneys for certain jobs.

The situation has not changed. The Module has never been universally accepted because the courts are not obliged to use it. Thus, in October 2017, HJPC tasked courts to enter retroactively data related to court-appointed attorneys. CIN has received access to these data only after HJPC asked all the courts to disclose them.