Branko Dobranić was convicted of sexually abusing teen-age relatives but judges went easy on him in sentencing. Activists say abusers frequently get lenient treatment from police, prosecutors and judges. 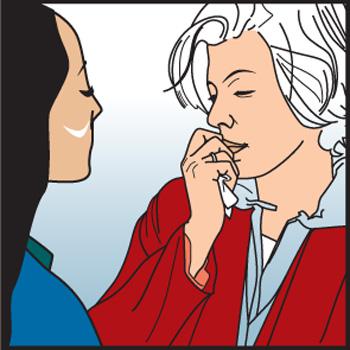 Branko Dobranić could have gotten a tougher sentence when he was convicted in 2003 of sexually abusing two teen-age relatives, but the court found that there were mitigating circumstances.

The unemployed 43-year-old Gacko man behaved well during his trial, a panel of judges in district court in Trebinje led by a woman, Spomenka Tešanović, found. He was contrite.

And the girls who had been his victims were getting older. Since he preyed on young girls, the judges said, they were really no longer in danger.

Most domestic abuse in Bosnia-Herzegovina goes unreported, according to police and activists. But as the Dobranić case shows, even when victims do get to tell their story in a courtroom, they are not guaranteed sympathy.

‘Sexual acts include his sexual deviation – pedophilia, which certainly won’t be repeated, considering that the children are growing up’ the judges wrote in their verdict, noting that one girl ‘already has the contour of a young woman and has all female physical traits, so his inclination and need for sexual satisfaction with children will disappear.’

Dobranić was sent to Foča Prison for 15 years, longer than many abusers get, according to activists. But, in addition to the two sexual abuse charges, he also faced a count of domestic violence for beating his wife and illegal possession of weapons. Police found an assault rifle with more than 200 bullets and explosives in his house.

Law enforcement officials ‘are trivializing the problem of violence’ said Azra Hadžajlić-Dedović, a researcher at the School of Criminology in Sarajevo who has studied domestic violence. Cases, she said, just ‘get done’ for the sake of formality and without thinking about the consequences for victims.

Penalities tend to be similarly lenient across the country, she said, because judges copy from each other. They range mostly from two to five years for beatings and she called them ‘pure nonsense.’

She would like judges and prosecutors to be more aware of what a public problem domestic abuse is.

‘I am not guilty’ Dobranić told reporters from the Center for Investigative Reporting in Sarajevo (CIN).

He said he did touch the girls but only in a loving way, and never abused and beat his wife.

Dobranić worked once at the state Revenue Administration in Dubrovnik. In 1990, he took refuge in Gacko, before the war in Croatia started.

In 2001, records state, Dobranić was sentenced on domestic violence charges in a court in Nevesinje. That court found that he was beating his wife and children with a belt, a misdemeanor, but it too was lenient. Dobranić got a 7-month sentence conditional on not repeating the violence and he was ordered to get treatment for alcoholism.

Mirjana Dobranić did not want to comment for this story. CIN does not identify underage children involved in sexual abuse.

Relatives finally went to the police about Dobranić’s abuse. His wife testified in court that the past five years had been the worst period in her marriage, filled with beatings and name-calling. She testified that she endured this because of her husband’s threats to kill her and their four children. She said she was afraid to report him to police.

She testified that she ran away from home to her family in Serbia after one fight, but she returned.

Ranko Mastilović, the director of the Center for Social Care in Gacko, said he thought it best to keep the Dobranić case confidential. Otherwise, he said, ‘That would mean that family would have to live through the trauma again, and it is a small town. People would say all sorts of things.’

That attitude, however, favors abusers. Silence preserves the name and reputation of abusers like Dobranić.

Mara Radovanović, lawyer and vice president of the non-governmental women’s rights group ‘Lara’ from Bijeljina disagrees with Mastilović. While the identity of victims must be protected, she said, open discussion of such horrendous cases might bring about change.

Lax sentencing is part of a larger pattern of downplaying the severity of domestic violence in BiH, according to activists. Radovanović said authorities here have ‘taken pretty lightly’ commitments made to abide by United Nations conventions to stop domestic violence.

‘The state’ she said, ‘is obliged to create conditions that will prevent that from happening, which means that the state is obliged to also work on education of the institutions that work in this area, to legislate and to also get finances for this.’