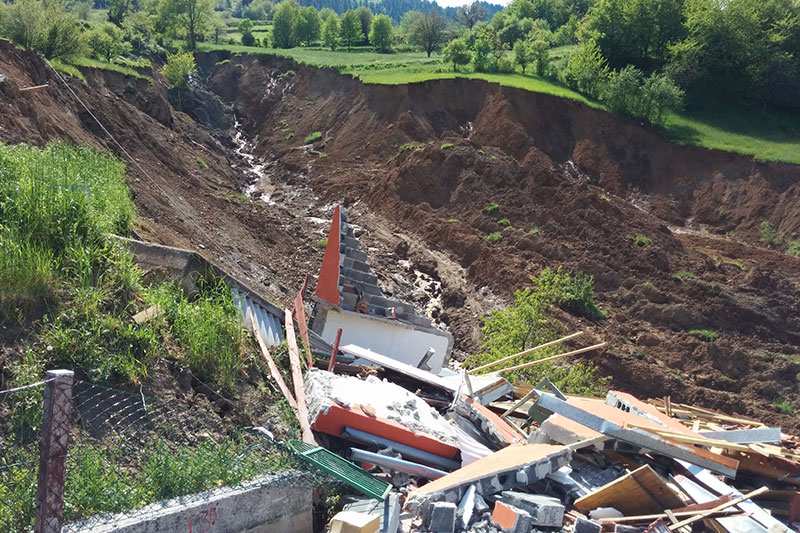 The Flood Victims Relief Fund is going to be set up in the Federation of Bosnia and Herzegovina (FBiH). Legislators of the both houses of the FBiH Parliament made this possible. The law stipulates that the Fund is going to be financed out of the budgets of all levels of government in the FBiH, based on donations, grants, loans etc.

The money will pay for reconstruction, reinforcement of river beds, repair of landslides and to pay for housing of the people who lost their homes and for agriculture and livestock repair.

No money will be spent until the law is published in the FBiH Official Gazette and the Fund is registered. The representatives of Croatian Democratic Union in BiH were against the Fund because in their opinion the Fund might be misused for hiring of kin and friends of the governing political parties. They said that it was sufficient to give the assistance to the victims from a bank account with monitoring of the spending, but that proposal did not get enough support.

FBiH Parliament adopted the Law on the Transfer of the Right of Ownership Over Real Property in the Ownership of the FBiH, cantons, towns and municipalities in the areas which were hit by floods a month and half ago. The law has made it possible to give away the land to families or firms which have lost their property in landslides.

Coming into ownership through this law maybe be all those who have been permanently prevented from using their living or office space due to a natural disaster as long as they do not own another property with the same purpose. The FBiH Ministry of Justice is in charge of the call for applications.

The FBiH Parliament also passed the Law on Financing Assistance to Relieving Consequences of Natural Disasters and Reconstruction of Areas Hit by Natural Disasters. The law opened up the possibility for municipalities and cantons to use money collected from various fees, such as the construction of shelters, the use and advancement of forest, environment protection and other fees and levies.

Also, the law calls on all employees in the executive bodies of the FBiH, cantons and municipalities and legal entities set up by the FBiH, Canton or a municipality, to give up one day’s net wage over the next six months. The funds will be channeled for relief. Money will not be taken from employees who put in writing that don’t wish it taken out.

The Law also levels a 1 percent fee on net salary over the next six months from the salaries of all other employees in the FBiH for the same purpose. Money will not be taken from employees who put in writing that don’t wish it taken out.