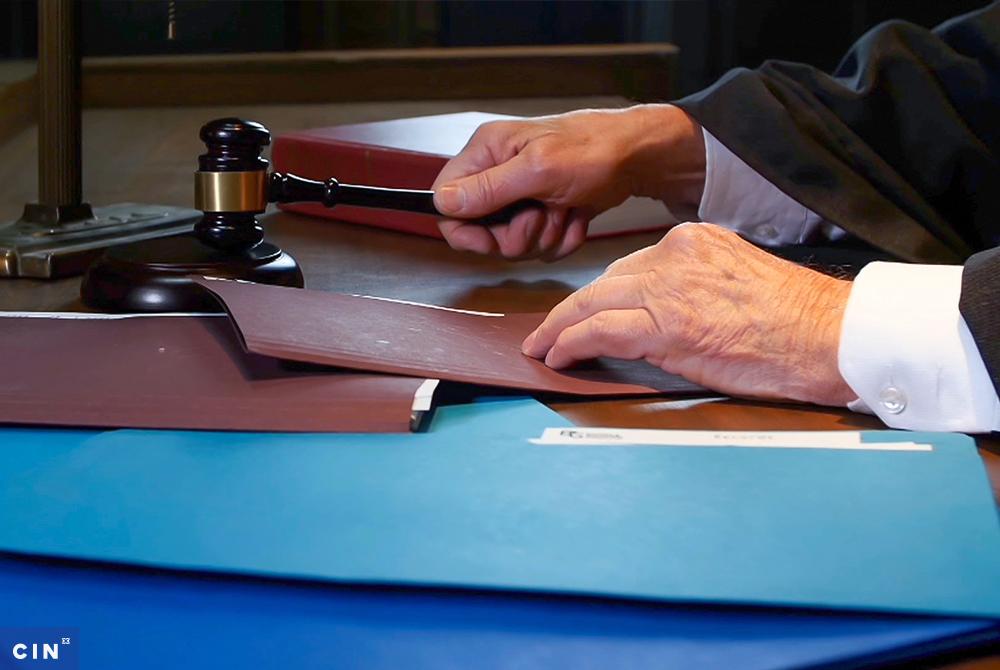 Sarajevan Enver Backović lost his things twice. The first time robbers took his money and jewelry; the second time these items went missing from the court file where they were being kept as evidence. Police tracked down the robbers quickly, but Backović waited in vain for Municipal Court in Sarajevo to mete out justice for nearly a decade. Defendants didn’t show up and hearings were canceled. The case finally ended without a verdict.

The Disciplinary Commission of the High Judicial and Prosecutorial Council (HJPC) blamed Judge Milorad Krkeljaš for letting the statute of limitations in the case expire and publicly reprimanded him.

That, however, did little good for Backović who still had to prove to the same court that his jewelry and money were his to recoup following the failed trial. He failed and has been unable to recoup his valuables to this day.

Over the last nine years, judges, prosecutors and expert assistants in Bosnia and Herzegovina (BiH) received around 200 disciplinary sanctions, mostly for slow performance. Because of this, suspects got away unpunished and citizens had to wait too long for justice.

Despite this, they have mainly been rebuked or given temporary cuts in salaries. Only seven prosecutors and judges were removed from office. Even though sanctions were supposed to make them perform better, some kept repeating their infractions, while others rose to more important positions in the judiciary.

That is exactly what happened to Krkeljaš. After being reprimanded, he was promoted to judge of the Supreme Court of the Federation of Bosnia and Herzegovina (FBiH). He did not think he was responsible for letting robbers get away.

“Sometimes our society expects us to be supermen,” he said. “But we aren’t. We are ordinary people.”

In the spring of 2001, robbers took more than 80,000 KM, jewelry and precious stones from the family home of the Backovićs.

“This was, of course, very valuable jewelry, old family jewelry,” as Backović describes it. “It’s almost priceless, primarily of emotional (value). As for its nominal value, these are certainly several dozens of thousands KM (worth).

The same year, Sarajevo police and prosecutors arrested thieves and found stolen things in their possession. The court case took off before the Municipal Court in Sarajevo, but justice was neither swift nor efficient. The trial went on for nearly 10 years under five different judges.

Judge Krkeljaš got the case in 2008. Over 2.5 years he scheduled five hearings, but none was held because the defendants failed to appear in court. The judge didn’t jail the defendants and he told CIN that the law at the time did not allow him to issue bench warrants.

The statute of limitations in the Backović case expired in 2011 with no verdict handed down.

Disciplinary prosecutors called for sanctions to Krkeljaš in the Backović case. A disciplinary commission established that he did not do everything he could to track down defendants and bring the case to a close. He received a light discipline sentence for misconduct — a public reprimanded.

Krkeljaš said that he was a scapegoat and that at the time HJPC used to punish more judges in order to justify the work of its disciplinary bodies. “I’m hurt as a human being because they sanctioned me for some other reasons to protect themselves, to show themselves off as someone who was taking care.”

On the other hand, this sanction means little to Backović. “Justice should be swift and efficient and rational,” he says. “Every other justice makes no sense.”

He will have to wait longer to receive his justice, because the expiry of the statute of limitations caused him new problems. The case was closed without the verdict and during the trial it had not been established that money and jewelry found in the defendants’ possession were truly stolen or who really owned them. The court decided to return the valuables to the defendants.

“I was shocked,” recalls Backović when he found about this.

The only thing left for him to do was to sue the defendants and prove in the new court case that the stolen things were his. During the trial another surprise happened. Backović learned that gold, precious stones and money had gone missing from the police vault at the Union Bank in which the Municipal Court in Sarajevo safeguards evidence. Cheap jewelry was left in the envelopes.

Even though she had been presiding over the Municipal Court in Sarajevo for nearly six and half years, Janja Jovanović said that she did not know if the evidence was really missing.

Because of the missing evidence, Backović filed a criminal complaint with the Prosecutor’s Office in Sarajevo in 2017. This institution is still reviewing his complaint.

Disciplinary punishments do not make it harder for judges and prosecutors to advance professionally, even though HJPC members may take them into account when deliberating appointments to judicial offices. HJPC Vice President Ružica Jukić said that they have not done it so far.

A lenient disciplinary sanction did not have adverse effect at Krkeljaš’s career. Having been punished misconduct in the Municipal Court in Sarajevo, he got appointed as the FBiH Supreme Court justice. Meanwhile, he was also a judge of District Court in East Sarajevo.

CIN reporters found another five cases in which punished judges and prosecutors were promoted and reappointed as leaders. Some of them got appointed as presidents of courts. One of them was a judge of Municipal Court in Gradačac, Slobodanka Kojić. She worked on three cases related to theft, fraud and violent behaviour that she has not seen through the end. Their statute of limitations has expired.

“This happened because I as a judge was overburdened with cases,” Kojić told CIN.

In 2013, a disciplinary commission punished her by decreasing her salary for five percent over three months. Regardless of that, four years later HJPC members reappointed her for the second time as the Court’s president.

She said that on that occasion no one asked her about her past infractions.

Punishment was also not an obstacle for Jadranko Grčević’s advancement in career. A year after he was disciplined, HJPC appointed him for the third time as the president of the Basic Court in Brčko District. Grčević was punished with a public reprimand because he commented for media how prosecutors and police conducted their cases.

According to the European Commission’s recommendations, sanctioned judges and prosecutors should be prohibited from appointments in other judiciary institutions or to positions of the chief prosecutor and presidents of courts. Some HJPC members agree but under one condition.

“Only when these are really grave violations, they should be held back for promotion for a while,” said HJPC Judge Selim Karamehić. “Let them stay in office they already have.”

Defendant at Home, Judge in the Court 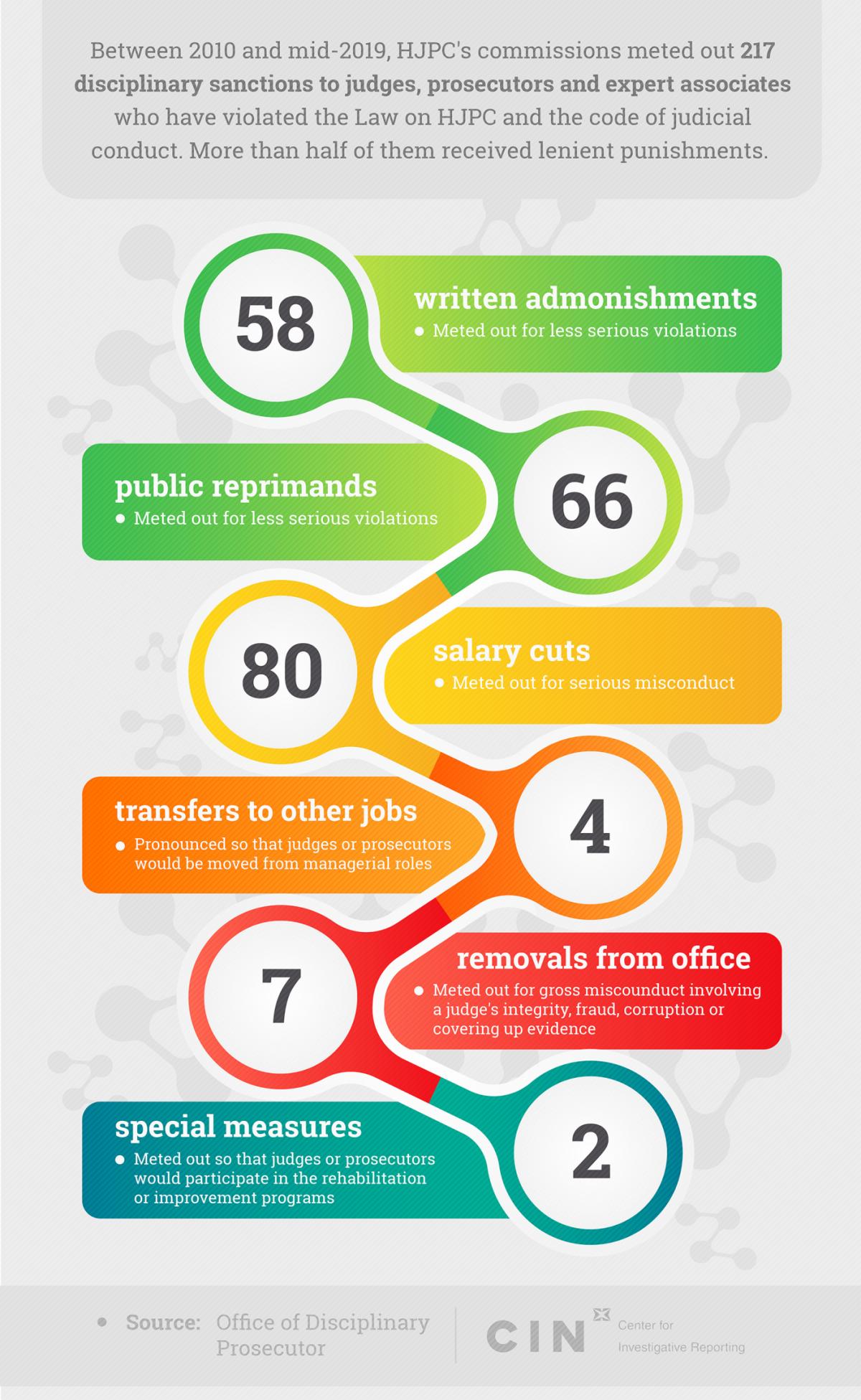 Judges and prosecutors sometimes did not write verdicts and indictments and defendants got off scot free. CIN reporters revealed several of these cases, among which are cases that judicial institutions have been investigating for years.

In the beginning of 2011, Mersed Hadžić a.k.a. Mirso the Swiss was well-known to the BiH public. Media depicted him as a dangerous guy from the underground and he was also linked to shootings and racketeering of bar and restaurant owners in Tuzla.

That year, he was sentenced to 2.5 years in prison for a murder attempt. However, he did not go to prison thanks to the president of the Municipal Court in Kalesija, Ibrahim Omerović. Hadžić pleaded with the court’s president to delay his departure for prison because his wife did not have a job and he had an underage child. Their existence was in peril. He sought time to provide his family with firewood. The judge postponed his imprisonment without asking for evidence to corroborate Hadžić’s statements. While free he ran away to Croatia where he was quickly arrested and extradited to BiH.

HJPC’s commission punished Omerović for misconduct. However, he still holds forth that Hadžić’s plea was enough for him to make up his mind and that it was not a practice to ask convicts to show proof when they ask for postponement of their departure to prison. “The practice is to view this a bit more broadly,” said Omerović. “Well, it doesn’t matter, more leniently. Here’s three months for you.”

Apart from this, he let a court clerk do his job and signed a note that certified how a typist Jasmina Jahić worked in the court as a paralegal.

Because of all this, Omerović was punished with a 20 percent salary cut over six months. He said that he did not deserve the punishment HJPC meted out.

“They do not want to schedule anything; I cannot do anything. Everything I tried to do was to no avail,” said Zvonko Kompari who appealed to the BiH Constitutional Court because Judge Mirsada Helić of the Municipal Court in Sarajevo failed to issue timely decisions.

In 1991, he sued his neighbors saying that they got a flat that belonged to his father. He’s still waiting for a verdict.

BiH Constitutional Court gave him 3,000 KM as compensation, while HJPC’s disciplinary commission has cut Helić’s salary because of her slow performance on this and three other cases.

Judges and prosecutors are most often punished precisely because of failing to issue timely rulings.

“In my opinion, this is a machine…that grinds whoever it picks on,” said Omerović who six years ago changed the job of a judge for that of an attorney. “For those to whom it shows sympathy it will always find reasons to acquit them.”

Disciplinary prosecutors receive around 1,000 complaints each year, though only about one in 30 turn out to have some grounds.

Even though punished judges and prosecutors with whom CIN reporters talked think that their colleagues from HJPC were hard on them, an analysis of disciplinary sanctions shows that commissions usually mete out lenient punishments. More than half of sanctions are admonishments or public reprimands intended as punishment for light infractions. Seven judges and prosecutors were removed from office.

Light sanctions face those who have been late in their rulings; who archived incomplete cases; failed to meet the annual work load; have misbehaved or have worked on cases together with family members.

HJPC members could not give a broad review of punishing policies, but they said that each case merits particular approach. The intention of disciplinary proceedings is to punish those who committed infractions and to serve as a deterrent to others.

“After all, we are a specific category of professionals who have to have a far stricter and more responsible principles and the norms of behavior,” said HJPC’s Karamehić.