This mid-September, the Cantonal Court in Sarajevo has ruled in favor of to the Center for Investigative Reporting (CIN) in Sarajevo in a judicial review case against the Federation of Bosnia and Herzegovina (FBiH) Ministry of Displaced Persons and Refugees after the ministry denied reporters access to the records on grant beneficiaries.

In 2017, CIN reporters citing FBiH FOIA requested records from the Ministry about grants doled out to refugees and displaced persons. The Ministry refused to provide full access to information and withheld beneficiaries’ names under the pretext that refugees and displaced persons belonged to a sensitive category which called for “a special treatment”.

However, the Court held that the Ministry’s decision was not handed down in a legal and adequate manner: “The agency in question…has failed to demonstrate that the grant beneficiaries would be harmed if their identities were made public”.

The Court instructed the Ministry to review again CIN’s request for access to said records.

This is the twelfth ruling for withholding public information or breach of FOIA that BiH courts have handed down in CIN’s favor. In the past, public bodies and government agencies turned down CIN’s FOIA requests by wrongly applying the law or by ignoring reporters’ requests.

That’s why CIN has sued in the past courts; government agencies; ministries and public hospitals and all rulings were in CIN’s favor. On average, it took courts around 18 months to hand down a ruling.

“The principle of maximum revelation of information is a fundamental principle of every democratic society,” stated one of the rulings.

Every year, by citing state and entity laws on freedom of access to information, CIN reporters collect government records they use to uncover misuses of public funds. Based on journalists’ work, the authorities initiate numerous investigations and file indictments. Reporters’ work has also led to changes in the legislation. Public bodies are inconsistent in the practice of law and its application – while some disclose all requested records, the others search for ways to avoid this.

The ruling against the FBiH Ministry of Refugees and Displaced Persons comes during the month in which on September 28 is celebrated the Right to Know Day. 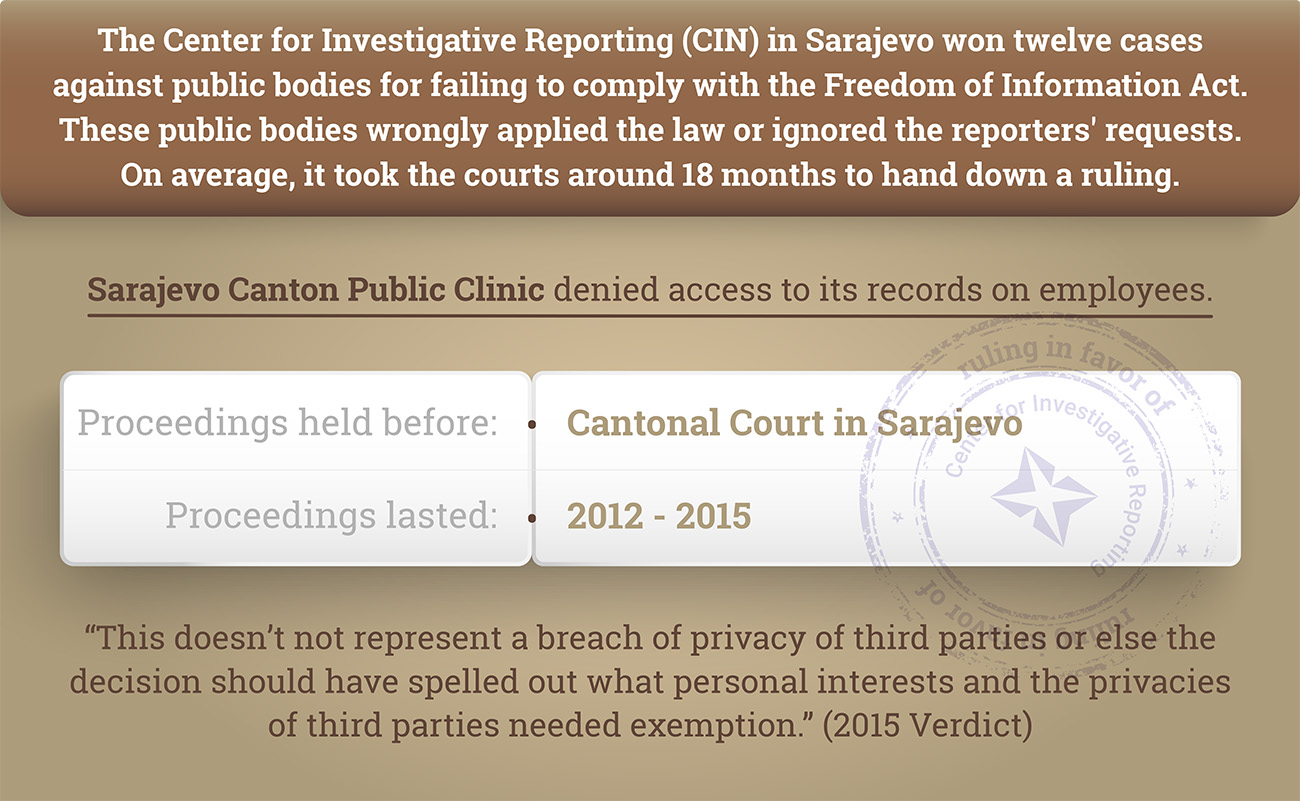 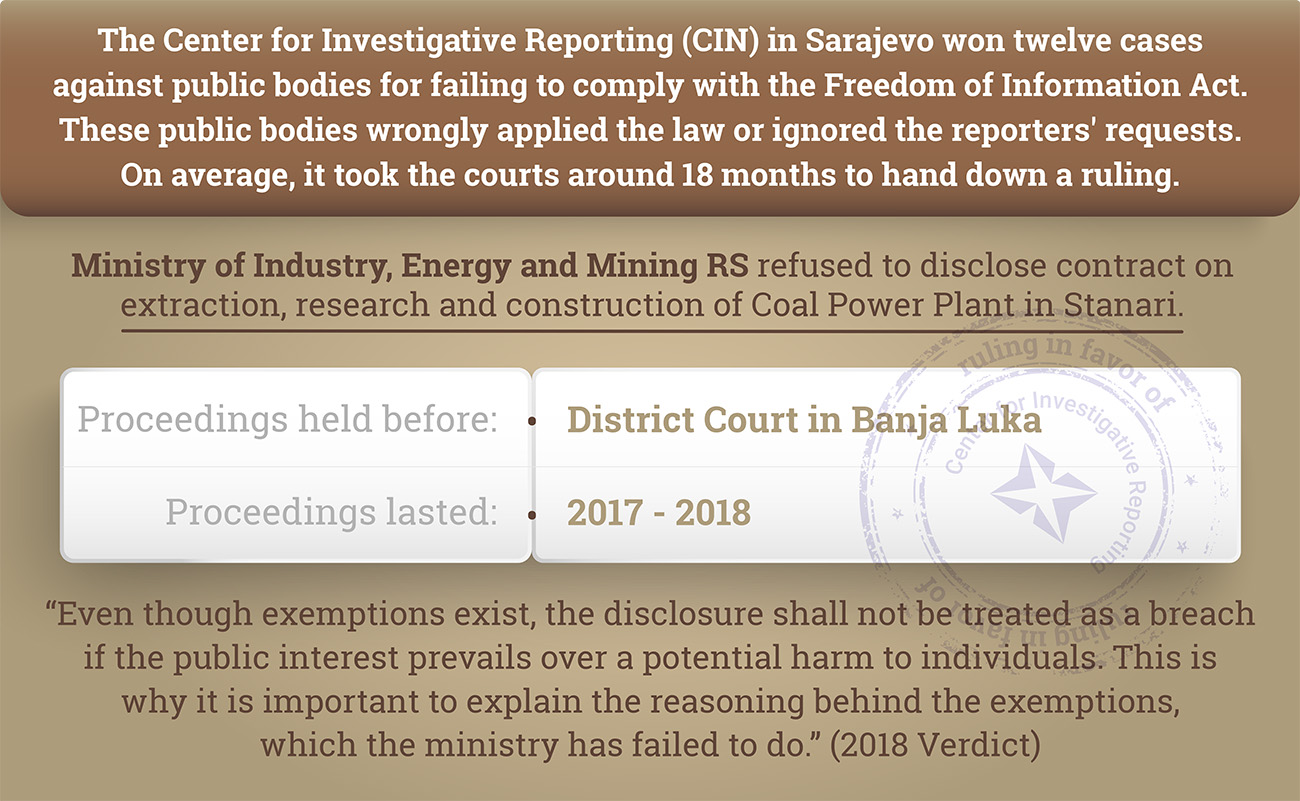 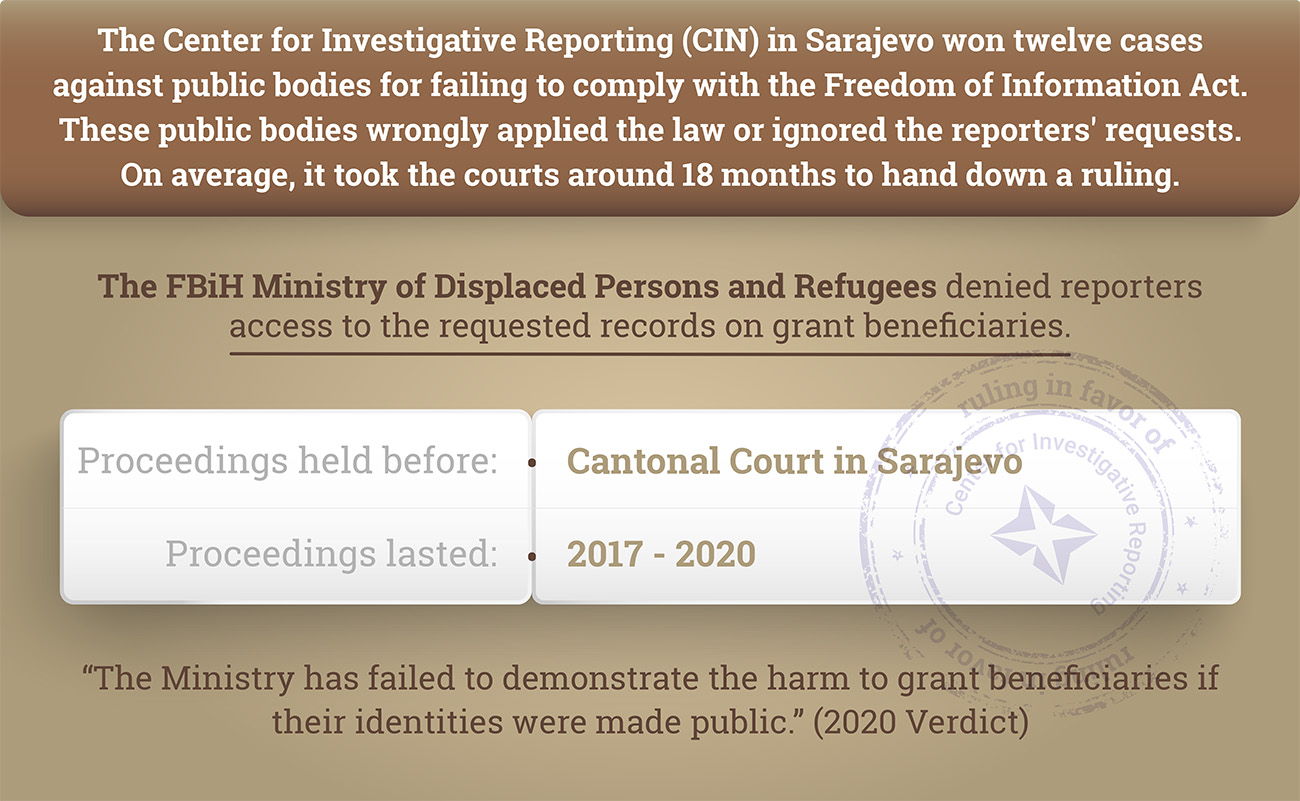 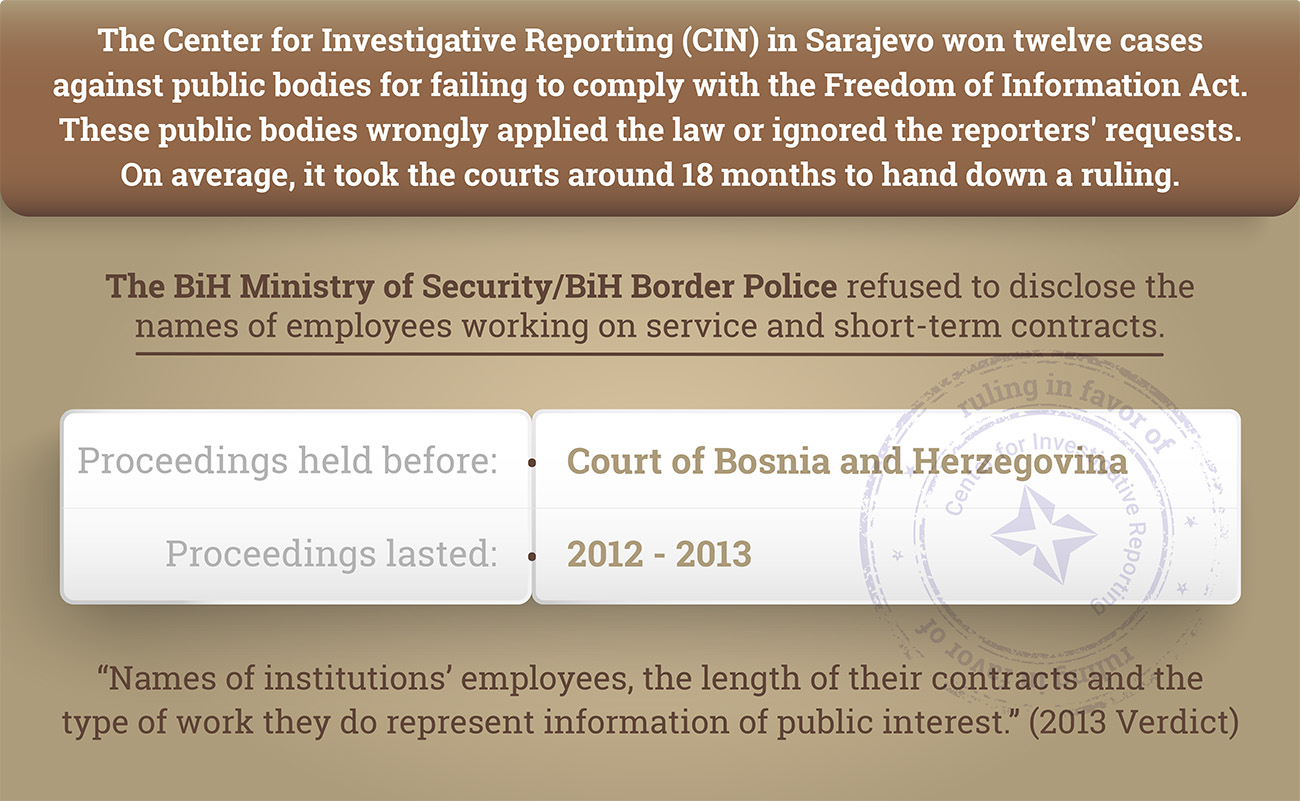 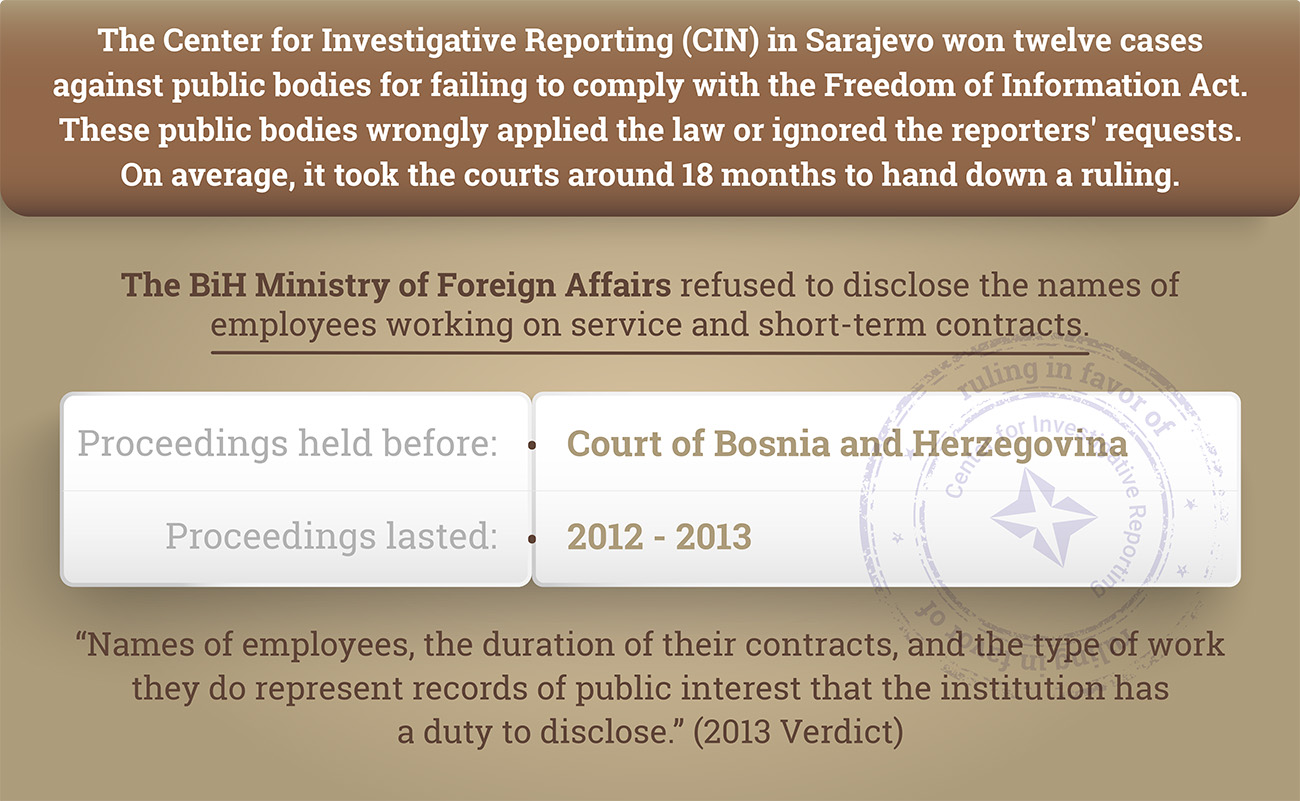 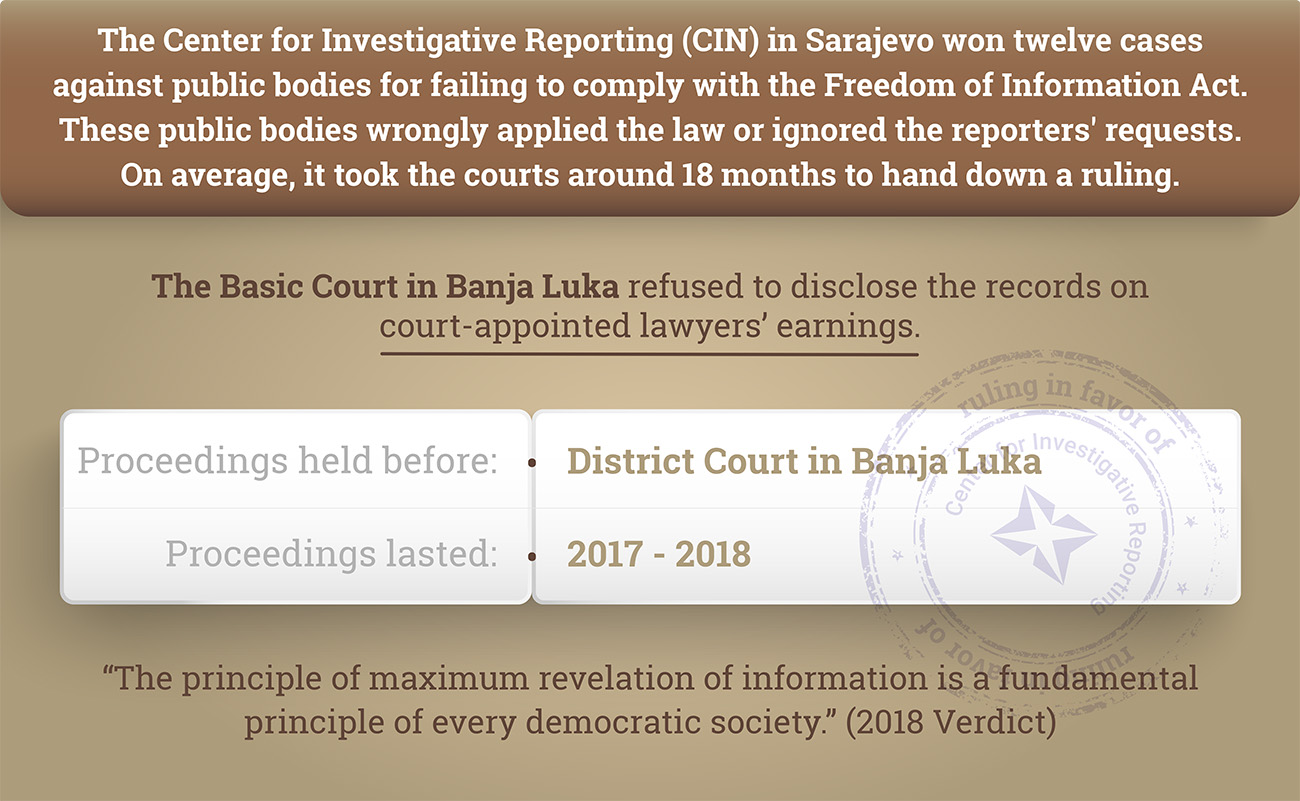 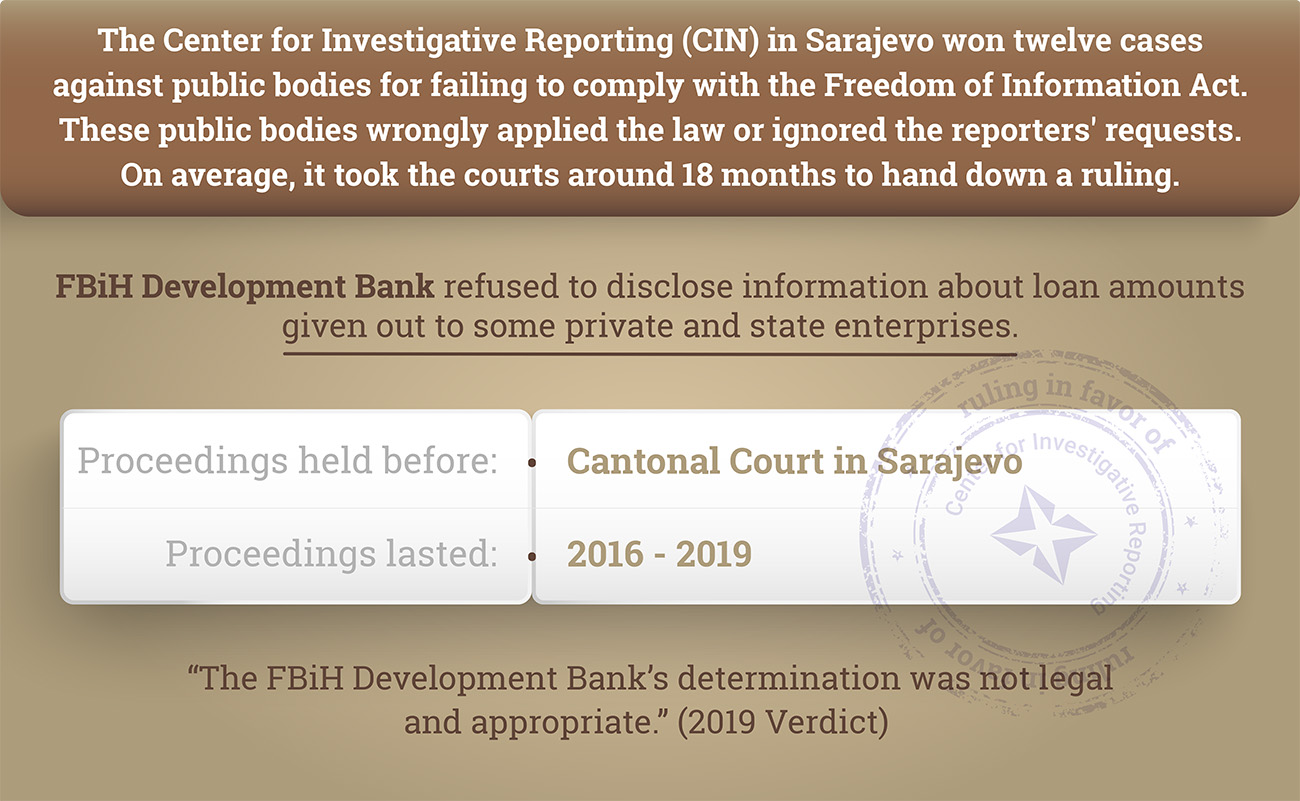