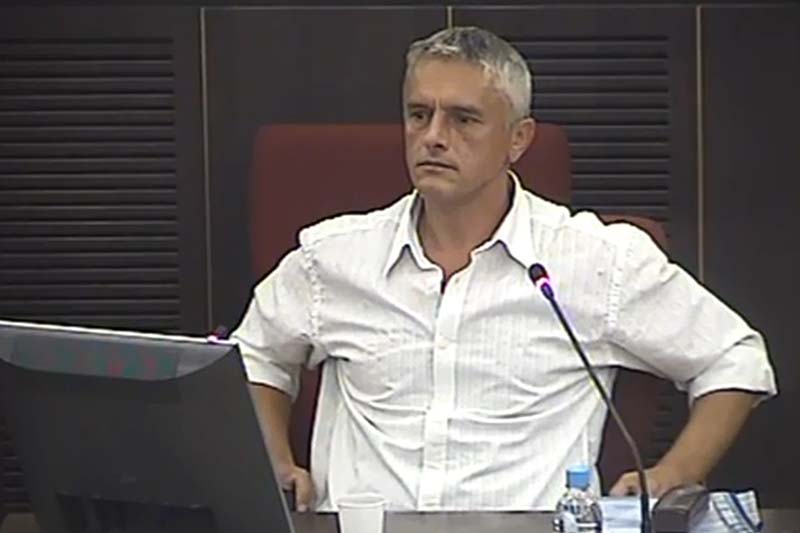 Today started a new trial to Zijad Turković and the members of his group before the Appeal Chamber of the Court of Bosnia and Herzegovina (BiH).

Both the BiH Prosecutor’s Office and the Defense Council appealed the state court’s verdict that found Turković guilty of organizing a criminal group, illegal trafficking in narcotics, a murder and a murder attempt and a robbery of the Sarajevo Airport’s Cargo Center. He was also sentenced on money laundering and extortion charges in connection with the takeover of Ključ Sock Factory’s Shares.

The BiH Prosecutor’s Office appealed the length of some sentences. The Court of BiH has sentenced to 40 years in prison both Turković and Milenko Lakić—the kingpin of the criminal organization and his contract killer respectively. Saša Stjepanović, who was tried on charges of driving narcotics and assisting in the Cargo Center robbery was sentenced to 12 years in prison while Fadil Aljović was sentenced to five years for taking part in the narcotics trade and abetting the murderers of Mekić and his girlfriend.

Muamer Zahitović was sentenced to three years in prison for extortion and money laundering in connection with the takeover of Ključ Sock Factory’s Shares.

Prosecutor Dijana Kajmaković asked for maximum prison sentences for Turković and Lakić while requesting maximum sentences for others in terms of the crimes they are charged with.

Defense also appealed to the verdict that meted out a total of 100 years in prison to the members of Turković’s group.

Turković’s attorney Fahrija Karkin laid down the particulars of the appeal. He said that the Court of BiH has made numerous violations of the Law on Criminal Proceedings and the Criminal Code which led to misinterpretation of the facts. Karkin asked for the verdict to be overturned on appeal, for procedural errors to be straightened and all evidence reexamined, including the evidence that the Court of BiH did not allow to be admitted during the first trial.

Also, Turković’s attorney said in his expose that 30 significant violations of the criminal procedure were made in this case.

Karkin said that evidence against Turković was not collected in accordance with the law. As an example, Karkin said that the BiH Prosecutor’s Office used testimonies of Himzo Ćato and Hanefija Čolić as evidence during the trial even though they were not received in accordance with the rules of mutual assistance in criminal matters. Also, the testimony that Danijel Planinčić gave during the investigation should not have been admitted into evidence because Planinčić refused to take the stand during a hearing saying that “he did not want to lie”.
Also, the attorney said that the presiding judge Izo Tankić should have been excluded from the panel of judges because he was involved in a trial that was preceding the first Turković trial and was acquainted with the evidence against Turković. Karkin said that because of this Tankić could not be impartial.

He also said that the BiH Prosecutor’s Office was hiding evidence from the defense which represented an absolute violation of the criminal procedure. As an example, Karkin cited a statement from defendant Sead Dumanjić who entered into plea bargain with the Prosecutor’s Office. He said that this statement was not shared with the defense in time, but the prosecutor Oleg Čavka gave it Karkin at the hearing, a half an hour before the attorney was to cross-examine Dumanjić. Karkin said that such little time was not sufficient for him to read and analyze 33 pages of the witness’s statement and prepare his questions.

The next hearings are announced for April 24 and 25, when the defense councils of Saša Stjepanović, Milenko Lakić, Fadil Aljović and Muamer Zahitović are going to present their appeals.