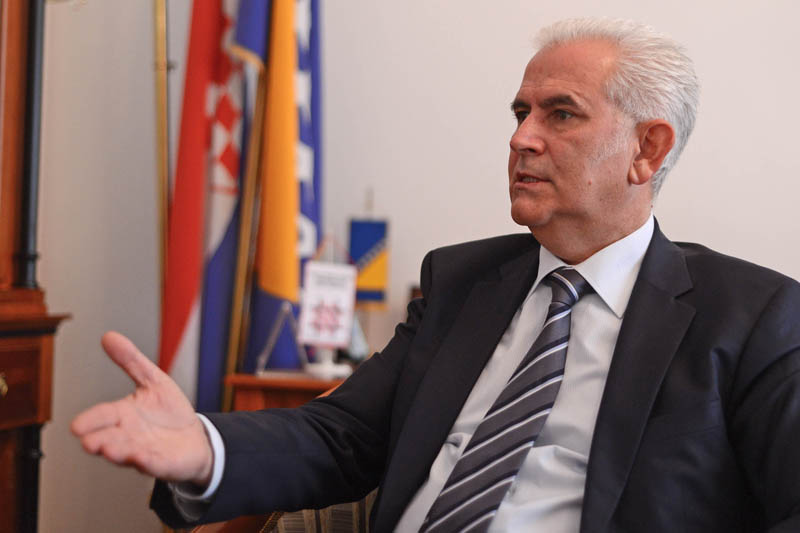 Ivica Čobanac, a former director of Public Company Herceg Bosnian Forests LLC Kupres (JP HBŠ), was sentenced to 18 months in prison on abuse of office charges. However, he is not going to serve his sentence after the president of the Federation of Bosnia and Herzegovina (FBiH) Živko Budimir pardoned him two months ago. Budimir commuted his sentence to three years’ probation.

Čobanac is one of four persons whom Budimir has pardoned during this year. According to the BiH Official Gazette, the other pardoned are Dragan Vasiljević, sentenced to six years of prison for murder; Miran Voljevica, sentenced for robbery and aggravated theft to four years and 11 months in prison and Merica Adamović, sentenced to a year in prison for deception to get a loan. Budimir’s pardone has cut down Vasiljević’s prison time for six and Voljevica’s for four months, while Ademović’s prison sentence was commuted to two years’ probation.

According to a December 2012 verdict handed down by the Supreme Court of FBiH, Čobanac was charged and sentenced for a corruption crime. In his capacity of the general manager of JP HBŠ he approved a write-off of one third of debt owed by a Drvar-based Finvest LLC. The debt amounted to 2.4 million KM. Also, Čobanac made a bad contract with the same company on the sale of wood in the amount of 2.7 million KM. The contract was concluded without the approval of the Board of Directors.

Čobanac spent a month in jail in 2004. At the time of pardoning, he was free. The Cantonal Court in Livno which conducted the first-instance trial approved the pardoning motion with the explanation that the defendant behaved well during the trial and that his family was in dire financial situation.

These pardons were issued in February and March of 2014 and are the first pardons that Budimir issued after he was arrested last April on suspicion of abuse of office in connection with other pardoning during his term. Budimir had spent a month in jail while the BiH Prosecutor’s Office conducted an investigation. The prosecutor filed an indictment at the end of last year, but the Court of BiH held it lacked jurisdiction to hear the case which was referred to a Sarajevo Canton Prosecutor’s Office.

Sarajevo prosecutors said that the case is in the final phase and they were going to announce their decision soon.