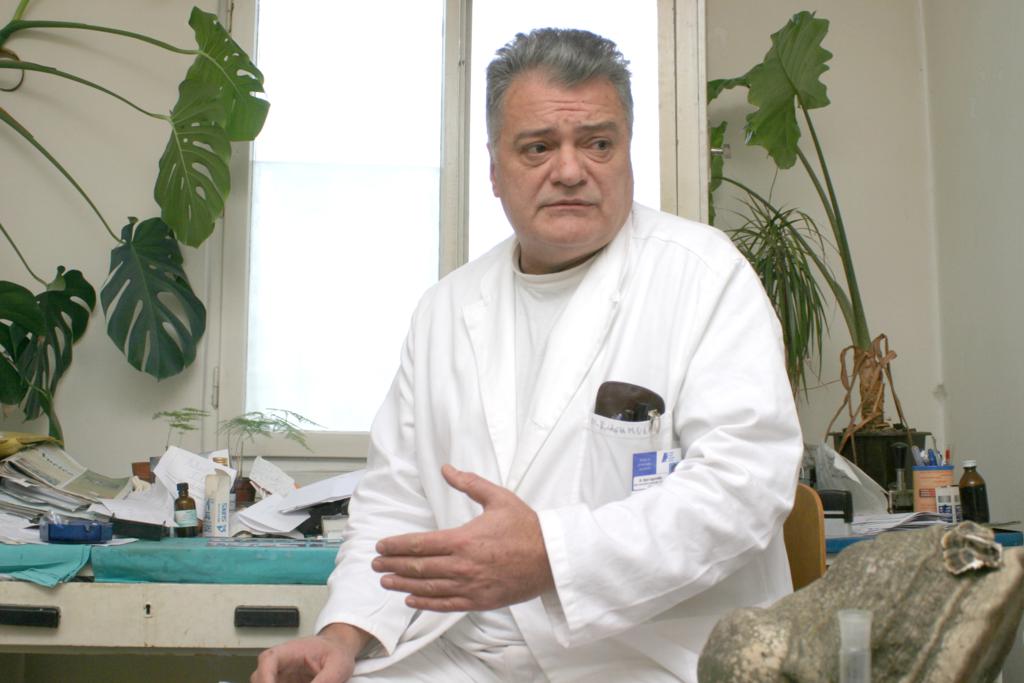 For some of the desperate patients who came to him for help, Sarajevo gynecologist and obstetrician Dr. Zijad Lagumdžija represented a last hope. Remzija Džaferović, a 40-year-old mother of a teenager, had just been diagnosed with ovarian cancer and was thinking of suicide when she went to him in August 2004. Elvis and Zvjezdana Demirović hoped two years ago that he would be able to help them have the child they longed for.

But Dr. Lagumdžija disappointed these patients, they say. Because of their complaints, he is the first doctor in Bosnia-Herzegovina to be prosecuted for extortion and accepting bribes from patients. Lagumdžija was convicted by the court in late September and faces a fine of up to 10,000 KM, six months’ imprisonment and the possible loss of his license to practice medicine, should a higher court uphold the verdict.

Engrossed in personal tragedies – Džaferović is dying of cancer, and the Demirovićs lost a son two days after he was born – these patients say they take no comfort in the problems they made for their doctor. But their actions have once again put a spotlight on the widespread practice in BiH of doctors soliciting patients, many of them poor and vulnerable, for extra money and the case may be helping to change the way patients interact with their doctors.

“My attorney is in charge of talking to press,” Dr. Lagumdžija said when asked about the verdict Municipal Court Judge Goran Radović delivered against him.

Last fall, when the Center for Investigative Reporting in Sarajevo (CIN) asked him as part of an ongoing investigation into failings of the country’s health-care system about the bribery accusations against him, he said no patient had given him as much as a dime and that it was all a matter of misunderstanding.

It was true, he said then, that he had mentioned money, but as a co-payment patients have to pay before operations, not in the sense of a bribe.

“He’s not a bad guy in his heart,” Kapo said. He said he believes Remzija Džaferović misunderstood the doctor when he told her, “Honey, such a treatment is being done here and here and it’ll cost you this and this much money.”

Džaferović, who lives on welfare, went to the doctor’s office, she said, to find out if there was help for her. The doctor said she would have to pay 700 KM or as much as she could pay toward the cost of an operation by the best doctors. She did not give him money and, four days later, still upset, filed a complaint about him.

Elvis Demirović, who owns a market stall, said he heard about the doctor from a friend and visited him at his home. Demirović said the doctor told him his wife needed an operation to correct her problems conceiving and cited the prices the best doctors in the region charge. The husband left, saying he’d get back to the doctor, but he never did. The couple waited a year until they had and lost a baby and then filed a complaint.

“We feel no obligation, neither moral, nor human to be silent,” Demirović said. “Even more because he will ask someone else for money tomorrow.”

Dr. Slobodan Loga, president of the Ethics Committee of Sarajevo Canton and a professor at the School of Criminology, maintains that bribery is less of a problem than is being depicted in the press. He notes that medical students from the start of their studies are drilled in ethical behavior.

He doesn’t understand why Lagumdžija’s case should be seen as so noteworthy when, for example, police who fine drivers for offenses but fail to give receipts are not treated as a big deal.

“He was not in the position to accept bribes since he’s not a surgeon,” Loga said. He believes that Lagumdžija is innocent adding that, at worse, his colleague may be guilty of misrepresentation.

Dr. Bećir Heljić, president of the Medical Association of Sarajevo Canton, said people expect too much of doctors and place unrealistic demands on them.

“Patients are dissatisfied when confronted with a price list of co-payments for individual medical services.” They complain, he said, to the first person they know after about being cheated.

Dr. Aleksandar Lazarević, president of the Republika Srpska (RS) Medical Association, said he “would advise citizens not to give money and to report on the extortion” by any doctor.

At the same time, he is bothered that doctors are held in such low regard in BiH and that they are so strapped for money that they too often cannot subscribe to a serious magazine, much less pay for their children’s education.

“It is difficult for doctors to provide for a decent living and that can push them into crime,” he said.

Corruption in health care delivery is an increasing problem, according to the anti-corruption watchdog agency Transparency International (TI). Some 20 percent of the 4,500 calls about BiH that came into its anonymous and toll-free complaint line between February 2004 and the end of September involved health care, said spokesman Srđan Blagovčanin.

Officials of the Sarajevo Canton Prosecutor’s Office, noting that Lagumdžija’s case has not gone to final verdict yet, won’t say if it represents the start of a crackdown on corrupt medical practices. Until the day comes when BiH courts regularly prosecute corrupt doctors, officials from the Cardiovascular Clinic of Tuzla University Clinical Center have made some of their own reforms.

For the past five years, patients admitted into the clinics have been given a contract to sign agreeing that they will not provide doctors with extra financial rewards. The contract is modeled after similar documents in the U.S. and Western Europe.

“We hold that doctors are well paid and that patients do not have to pay them on top of it,” said Šejla Alajbegović Šipraga, the secretary of the clinics.

Ismet Cerić, president of the Ethics Committee of Sarajevo at the University Clinical Center, said the prosecution of Lagumdžija may already be having an effect. He said he and his colleagues are receiving fewer complaints against the physicians.

Father Luka Markešić, a member of the ethical committee Cerić heads, hopes that the verdict will serve as a lesson for Lagumdžija but also for other doctors.

Even he, however, said he sees nothing wrong with patients thanking their doctors for successful treatments with candy, flowers or drink. Giving doctors gifts is common and traditional in BiH, Sarajevo ethics committee president Loga agreed. People have become used to giving money to doctors for services that they have already paid through the insurance.

“If the doctors turn the money down, the patients take it as a sign that they will not receive a quality service,” he said.

Aware of this, Dr. Bakir Nakaš, director of the General Hospital in Sarajevo, said he launched an initiative several years ago to found out how satisfied patients were with the services they received. The poll did not ask about bribes directly, but patients talked about them.

“It was a lesson for the doctor that he will remember as long as he lives,” Nakaš recalled. He added that the conviction of Lagumdžija has confirmed once more that corruption is a reality in health care.

The case also has made clear that the current system in BiH has no adequate mechanisms to punish doctors found guilty of taking bribes.

While the penal codes of both entities allow for jail sentences of six months to five years for doctors who solicit or accept bribes, medical associations are not rigorous about taking additional measures.

The associations can sanction doctors who violate ethical principles, hand out reprimands or cancel their licenses, but this rarely happens, especially in the case of a first offense. Records show that no doctor in the Federation of BiH (FBiH) has lost a license. In the RS, one doctor was punished with suspension of his license for three months. The usual punishment for malfeasance is a reprimand.

“When sanctioning a doctor, his material status and the number of children he has are taken into account,” said Sarajevo ethics committee president Loga.

“We are still in the early days,” Loga said. “We are still working out field issues and we have no one to look to as an example.”

To compound the confusion, the RS has one medical association, seven of the 10 FBiH cantons have set up their own associations, and none of these bodies work together.

That means that the doctors’ association of one canton can cancel a doctor’s license, and the doctor is free to pick up his or her practice in another canton or in a neighboring entity. 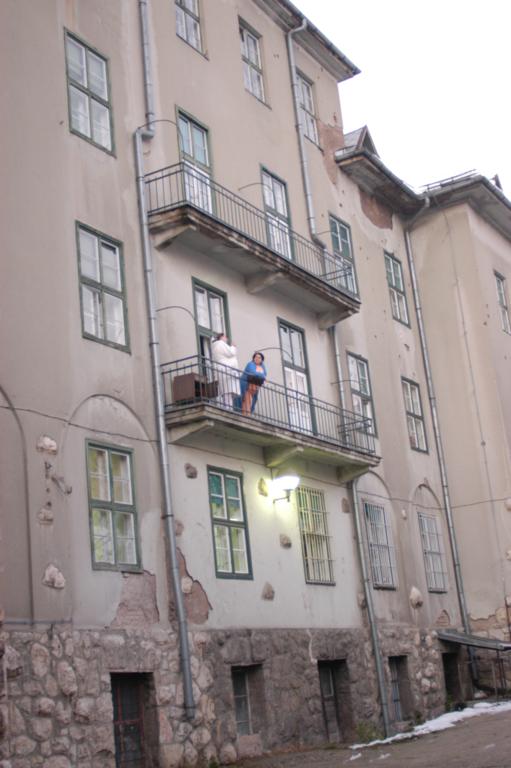 The Demirovićs, still mourning the death of their firstborn but awaiting the birth of a second child, do not regret their decision to complain about Lagumdžija, and say that faced with the same situation would do it again.

Džaferović also has no regrets. “Serves him right,” she said of the doctor she went to for help shortly after visiting a spot known as Jekovac and contemplating ending her medical woes with a leap into the gorge.

Transparency International officials said that more citizens should follow the example of these patients.

“In this way,” said spokesman Blagovčanin, “we are helping not only ourselves and the members of our family, but the whole society.”

The Demirovićs, still mourning the death of their firstborn but awaiting the birth of a second child, do not regret their decision to complain about Dr. Lagumdžija and say that faced with the same situation would do it again.

Džaferović also has no regrets. “Serves him right,” she said of the doctor she went to for help shortly after visiting Jekovac and contemplating ending her medical woes with a leap into the gorge.

Transparency International officials said that more citizens should follow the example of these patients.

“In this way,” said Blagovčanin, “we are helping not only ourselves and the members of our family, but the whole society.”